"The Democrats are — they just looked like the gang that can't shoot straight," Maher said after the chaos in Iowa 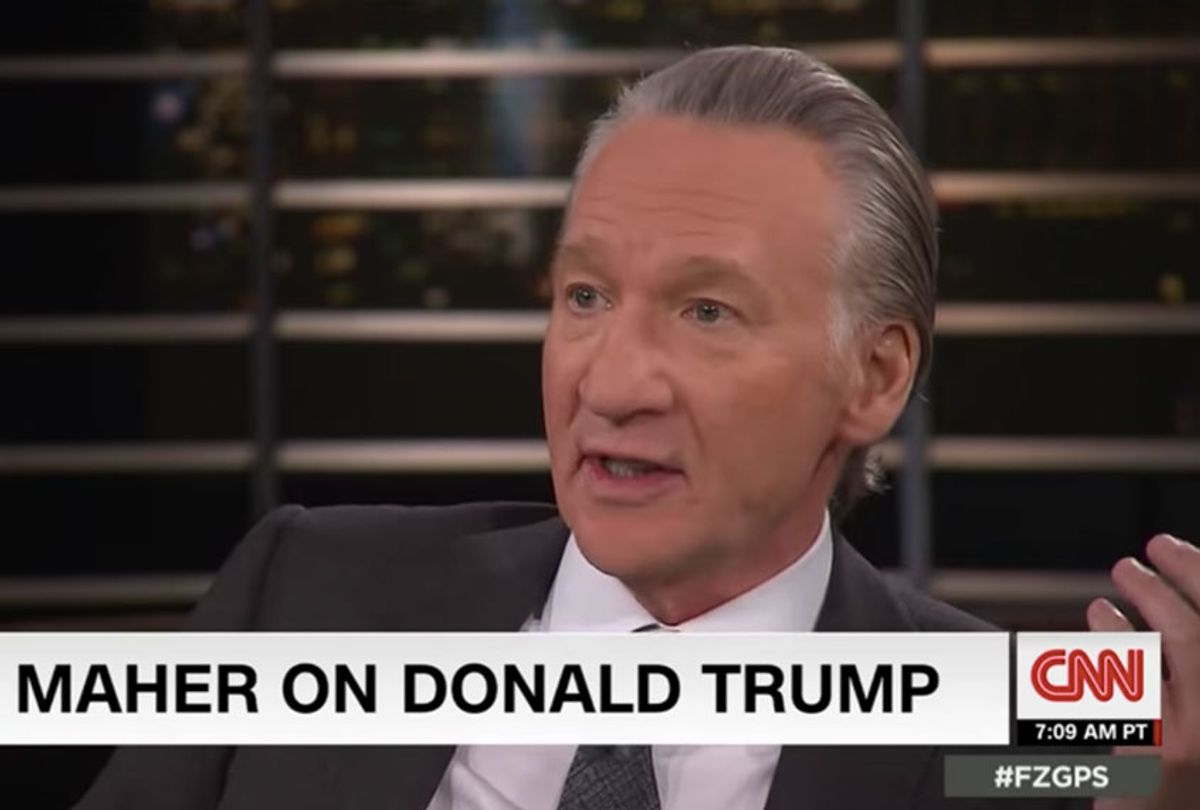 HBO host Bill Maher told CNN's Fareed Zakaria on Sunday that President Donald Trump has an advantage over Democrats in the 2020 presidential election because they are too woke.

"Trump doesn't have to be popular. Listen to what he always says. You have no choice," Maher told Zakaria. "It's just — you have to vote for me. Because he's saying, 'Yeah, you may not like me. I may be crude, and vulgar and horrible, but they're crazy. And there's a lot of stuff in that bin that is crazy.'"

Maher described the "crazy" Democratic rhetoric as the "too far out left, woke-y stuff" and argued that "people are just looking for, 'Don't do crazy stuff. Don't say crazy stuff, because we all get tagged with it.' And then they go, 'Yeah, I don't like Trump, but he's right. I got to vote for him. They're nuts.'"

Maher has been a frequent critic of "wokeness." In June, he used a segment of his HBO show "Real Time" to advise Democrats that if they want to win in the 2020 elections, they should "get out Woke-ville for a day" and "ee what's going on in Mullet Town." In September, he told his viewers that "lifting up those who society has cheated or forsaken — that's liberalism. Hating all things white is just tedious virtue signaling."

Maher had also used "wokeness" as a scapegoat one month earlier, when he criticized the anti-Israeli occupation boycott, divestment and sanctions movement as "a bullsh*t purity test by people who want to appear woke but actually slept through history class."

In addition to criticizing Democrats for their allegedly far left views, Maher also took shots at the Iowa caucus results from last week, which was thrown into chaos by reporting issues.

"The Democrats are — they just looked like the gang that can't shoot straight," Maher told Zakaria. He later added, "If they can't get their act together soon, it's going to be over before it begins. I mean, [Trump] won last time with nothing, and now he's got money. And you know, he's been president. Or as I say, he's normalized to a lot of people."

Trump himself ridiculed the Iowa chaos, tweeting Tuesday that "the Democrat Caucus is an unmitigated disaster. Nothing works, just like they ran the Country. Remember the  5 Billion Dollar Obamacare Website, that should have cost 2% of that. The only person that can claim a very big victory in Iowa last night is 'Trump'."