OR-54, one of only a dozen wolves in California, wandered thousands of miles in search of a mate 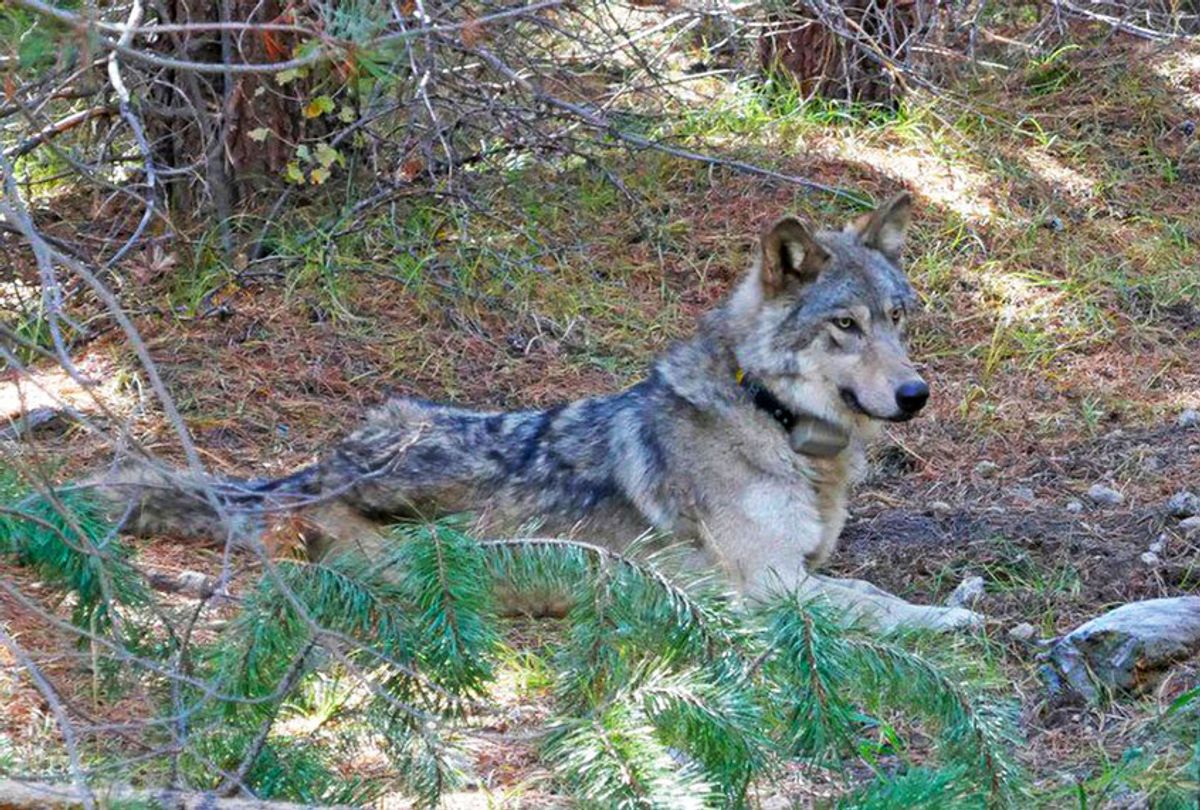 If you thought finding love was hard as a human, try being an endangered wolf. The search for a mate was part of why a young gray wolf named OR-54 walked at least 8,712 miles across the west coast. Sadly, OR-54's journey has come to an end in tragedy, as she was found dead in California last week — without a mate or pack.

The young gray wolf, OR-54, was born into Oregon's Rogue Pack in 2016 (the "OR" designation is short for Oregon), and was the fourth wolf from her pack known to have wandered into California. Scientists placed a radio transmitter collar on OR-54 in 2017 to track her movement.

The cause of death has not been announced, but an investigation is currently underway. Officials are calling her death "tragic" — not only because she never found a mate, or a pack, but because OR-54 could have helped with restoring the overall wolf population recovery in California. There were once 2 million gray wolves in North America, but the population has severely dwindled. Fewer than a dozen known wolves currently live in California. OR-54's dad, OR-7, sojourned from Oregon to California in 2011. He was the first confirmed wild wolf in California in nearly 90 years.

"This is a tragic development for the early stages of wolf recovery in California," Amaroq Weiss, a West Coast wolf advocate at the Center for Biological Diversity, said in a press release. "Like her dad, the famous wolf OR-7 who came to California years ago, OR-54 was a beacon of hope who showed that wolves can return and flourish here. Her death is devastating, no matter the cause."

Officials are hoping the death was of natural causes. The maximum penalty for violating the federal Endangered Species Act is $100,000 fine per individual, and one year in jail.

"We hope OR-54 died a natural death and wasn't killed illegally," Weiss said in the release. "The return of wolves is a major environmental milestone in our state, and the vast majority of Californians want to see wolves recovered here."

According to the Sacramento Bee, OR-54 was on a journey to find a mate or a new pack. In January 2018, she crossed the Oregon border into Siskiyou County, but ventured farther south than any of the 30 wolves that are estimated to have passed through California. She made two trips back to Oregon, and once briefly crossed into Nevada. She was also suspected to be responsible for a few attacks on livestock.

In an interview with the Washington Post, Weiss said that "being a wolf in the wild is very fragile."

"It's surprising to most. But a lone wolf usually doesn't live past 4 or 5 years," Weiss said. "I think the fact that she traveled so far, if nothing else, is an indication that we don't have a lot of lone wolves for her to have met up with."

She added this death is a setback for the "trajectory we hoped for for wolf recovery."

California's wolves were wiped out in the early 1900s as a result of a government-sponsored predator control program.