From "The Outsider" to "Wrinkles the Clown," why the boogeyman is all over our TVs

From scary clowns to weeping women, the creepy threats to our kids never go away. But who's the boogeyman of 2020? 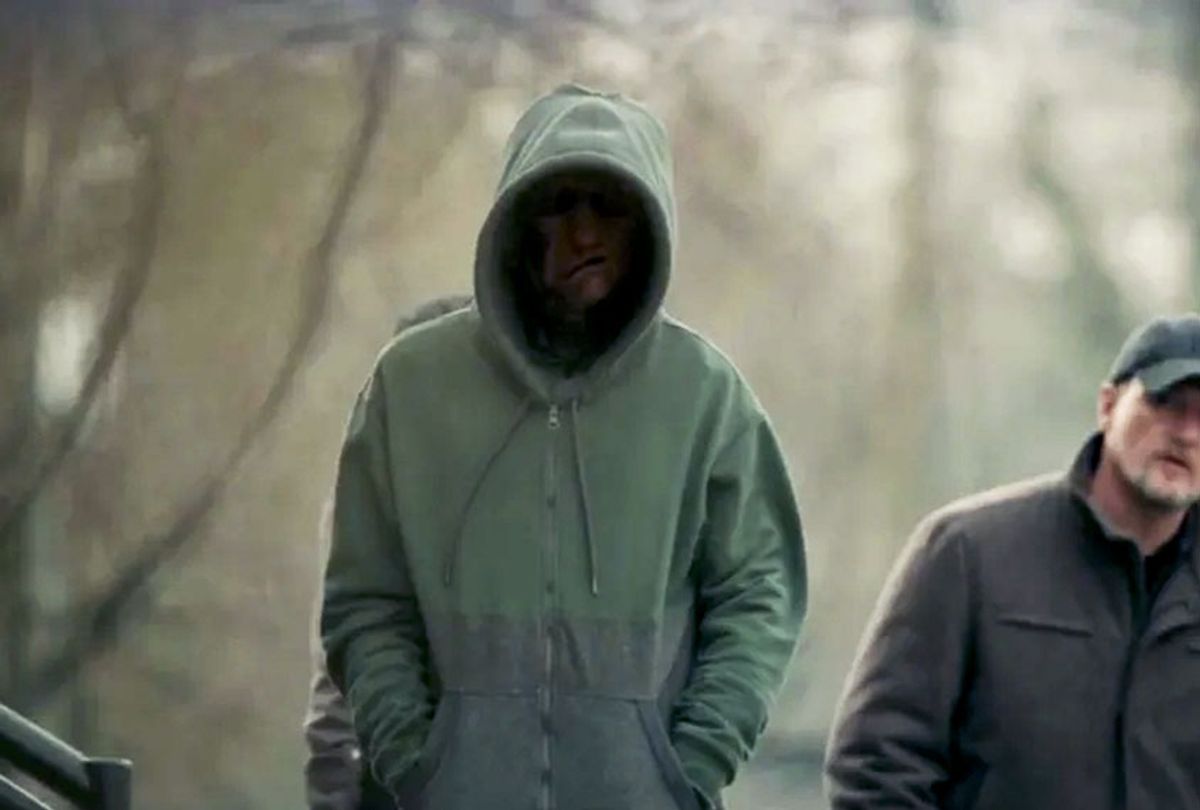 "When you were a child, who were you told would come for you if you misbehaved, if you didn't go to sleep?" This question, posed in the fourth episode of the new HBO series "The Outsider," proves to be a turning point in private detective Holly Gibney's (Cynthia Erivo) investigation of the gruesome murder of 11-year-old Frank Peterson.

The case initially seemed pretty cut-and-dry; the DNA of local Little League coach Terry Maitland (Jason Bateman) was found on bite marks on the corpse, and several witnesses in town saw Terry either with Frank — or leaving the crime scene with blood dripping from his mouth. But then new evidence emerged: video footage from a teacher's conference that placed Maitland hours away at the time of the murder, as well as DNA from the conference hotel gift shop.

Holly was called on to retrace Terry's steps and instead stumbled on two nearly identical cases, wherein the main murder suspects were also proven to be in two locations at once. This is when "The Outsider," which is based on a 2018 Stephen King horror novel of the same name, takes a turn towards the supernatural.

A woman whom Holly meets while visiting a New York City prison asks the above question about the age-old parental threat to childhood disobedience. "Uh, Jumbee — my great grandmother was from . . ." Holly responds, before the woman interjects, "The old country, for me in Cuba, I was told El Cuco would come."

It can appear as a human if it needs to, the Cuban woman explains, but it's not.

"We tell our children about El Cuco, we say, 'If you misbehave, it will take you away and eat you,'" she says. "What we should tell them is, 'It doesn't matter either way; it takes what it wants.'"

"The Outsider" isn't the only current television series or movie that is toying with this idea of malignant entities that target children and then derive pleasure or sustenance from the surrounding communities' ensuing sorrow. There's definitely a historical precedent for this — throughout time, and almost uniformly across cultures, there are legends of these so-called "grief eaters"  or boogeymen— but recent media trends point to something a little more contemporary and pressing behind the creation and consumption of these shows.

I started noticing it early last year, when a string of documentaries and docuseries about child abduction hit streaming services. Two, in particular, stand out.

Released on Netflix in February 2019, the buzzy "Abducted in Plain Sight" chronicles the kidnapping case of Jan Broberg, an Idaho teenager who was abducted by Robert Berchtold, or "B," in the 1970s. But this didn't just happen once. Through shame, sex, and assurances, Berchtold managed to wield a certain control over Jan's parents, who dropped the kidnapping charges against him, eventually making room for him to kidnap her again.

About a month later, Netflix released "The Disappearance of Madeleine McCann." It was objectively a flop of a docuseries. The eight episodes — which detail the unsolved story of a 3-year-old's disappearance from the holiday resort of Praia de Luz — felt bloated and leaden, and were criticized for lacking a clear point of view.

But in rewatching both recently, I realize that these true crime stories allow viewers two different ways to confront the unthinkable from a distance.

"Abducted in Plain Sight" gives its audience ample chances to say, "I would never do that," — be that letting a grown man to sleep in your adolescent daughter's bed, or carrying on an affair with that same man who had already once abducted your child. Meanwhile, "The Disappearance of Madeleine McCann," with its glacial pace and copious detail, is almost an unintentional exercise in the anguish of having a lot of information, but no concrete answers about your child's disappearance.

These two stories are almost representative of different sides of a spectrum dealing in power. "Abducted in Plain Sight" allows viewers to feel powerful because it convinces them that they wouldn't let that happen to them; "The Disappearance of Madeleine McCann" makes viewers feel powerless because it reinforces the idea that it could happen to anyone.

Fictional narratives, like "The Outsider," that feature otherworldly entities really lean into those feelings of powerlessness.

These are creatures from uncertain origin whose interests are often ambiguous. I think of "Stranger Things," for example. The Mind Flayer sends the Demogorgon to kidnap Will Byers (and the oft-forgotten Barb) and bring him back to the Upside-Down. Why? That's uncertain, but it is clear their intentions are evil.

In the case of "The Curse of La Llorona," a 2019 horror film that is now streaming on Hulu, the main antagonist's motives are more slightly more clear. La Llorona, or "the weeping woman," is based on a Latin American folktale in which a woman drowns her two sons, immediately regrets it, and now spends eternity looking for her lost children. Often, she kidnaps unaccompanied living children and tries to pass them off as her own at the gates of Heaven — but sometimes she seems to just act out of spite. She's not fully human, she's not fully a ghost. La Llorona wanders in a certain in-between space.

Like Jumbee or El Cuco, it's a legend meant to inspire obedience from children — "Don't stay out too late or La Llorona will come for you."

And as documentaries like "Wrinkles The Clown," which is now also streaming on Hulu, show, we continue to find and film modern folk stories in that vein. The film follows a man who calls himself "Wrinkles the Clown," who offers his services to parents of misbehaving children; he will show up, unannounced, and frighten them into behaving better.

There's a phone number for parents to call as well, which many simply use to threaten their children. It's the same of La Llorona; if they don't obey, they'll call on Wrinkles.

But after a YouTube video featuring Wrinkles goes viral, the legend of "Wrinkles" quickly snowballs, and questions about his motivations arise. Is he a professional scary clown who is simply out to make a couple hundred bucks? Or do we have a John Wayne Gacy situation on our hands?

Again, in the face of that uncertainty, many in Wrinkles' extended community of Naples, Florida, were left feeling powerless. It's simultaneously absurd and senseless, which makes the threat all the more frightening. And therein seems to lie an additional level of appeal, a certain emotional throughline, to all these series and movies.

Parents are now living in a time where they have to keep their children safe in a world that, to many, makes no sense anymore. These feelings aren't new — every generation has had them — but for many they feel especially heightened. The political climate is particularly bitter, and we're dealing with a president who is mercurial on the best of days. The #MeToo movement seems to reinforce the idea that our daughters aren't safe anywhere. Climate change seems unknowable and unstoppable.

In a world like that, reality is almost more frightening than whomever current culture is depicting as the boogeyman.