The opioid crisis is a big issue in New Hampshire

5 questions answered on what voters want the candidates to do 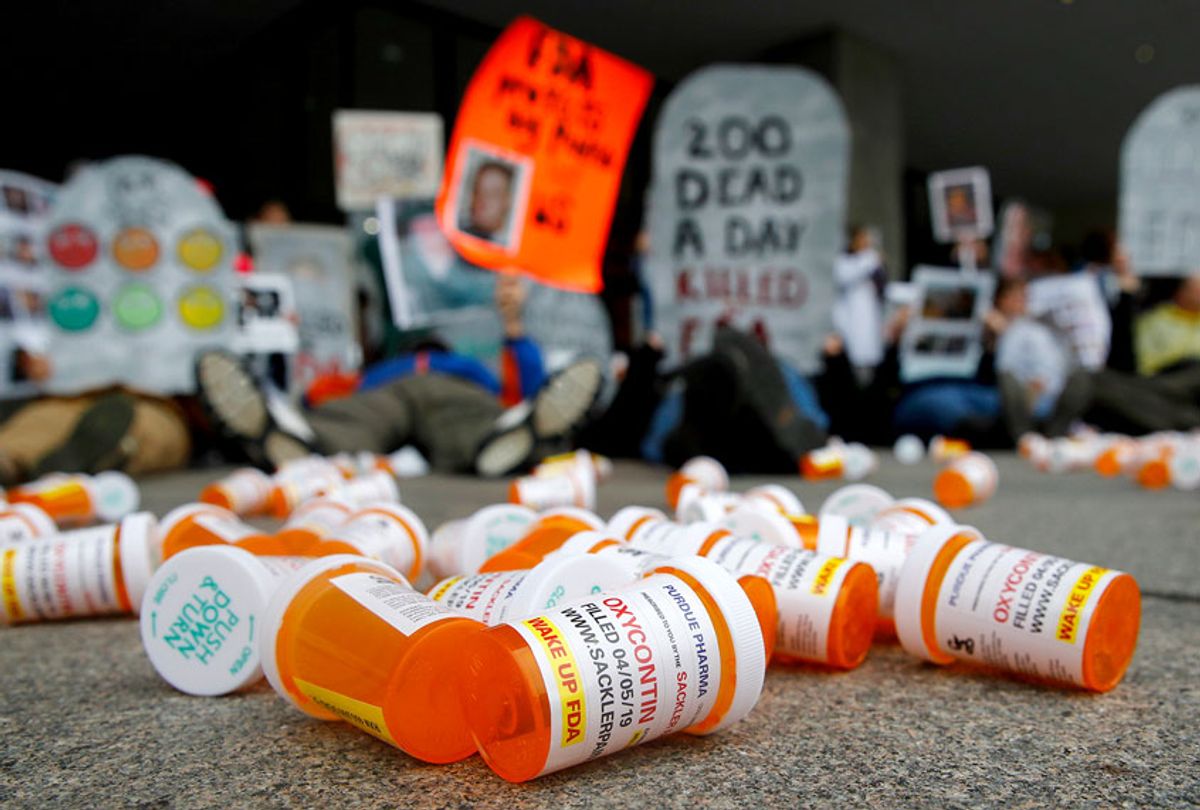 The Conversation asked Amanda Latimore, an opioid and behavioral health expert at Johns Hopkins Bloomberg School of Public Health, to explain why the opioid crisis is important to voters and what candidates could be doing to address it.

1. How important is the opioid crisis to NH voters?

Drug misuse was the number one issue for New Hampshire voters in 2016 polls, overshadowing jobs, the economy and health care. At the time, the state was second in the nation for drug overdose deaths. Four years later, New Hampshire remains among the states with the highest rates of opioid- and total drug-related deaths. Yet according to a January 2020 poll only 1% of voters want Democratic candidates to discuss opioids, while nearly half (48%) want to hear more from candidates on health care.

Is this a signal that addiction and the opioid crisis are no longer an important issue for the New Hampshire primary? Not likely.

I suspect that New Hampshire voters are recognizing that addiction is not a moral failing, but a chronic illness that is part of a broader health care discussion. There may be greater awareness that effective medications are available to treat addiction and that supportive conversations about substance use disorder can happen in your primary care doctor's office.

Regardless of their political affiliation, the opioid crisis has likely affected everyone in New Hampshire either directly or indirectly. Drug pricing is one area that seems to cross party lines, with 84% of Republicans and 96% of Democrats agreeing that drug prices are an important issue. Collaboration in Congress on this issue could reduce the price of the overdose-reversing medication, naloxone, which is currently so expensive that it strains government agency budgets across the U.S. and deters the average American from picking up naloxone at their pharmacy.

3. What remedies to the crisis are popular among voters?

Requiring insurers to cover addiction treatment was the most popular strategy cited by likely voters in the New Hampshire Democratic primary, according to a poll conducted for Boston-based WBUR. With 90% approval for that measure, candidates would be well-advised to campaign on enforcing laws which already require insurance companies to cover behavioral health services at the same level as other medical benefits.

Other popular solutions include expanding needle exchanges (71% in favor); taking legal action against pharmaceutical companies for their role in the opioid crisis (80%); supervised consumption spaces, where people can safely use drugs under medical supervision (57%), and decriminalizing possession of small amounts of drugs (66%).

Harm reduction strategies, like needle exchange programs, recognize that not everyone is ready to stop using drugs, but still help people stay safe. This approach is essential for preventing the transmission of infectious diseases like HIV. Supervised consumption spaces have been found to reduce overdoses, particularly in the area near the program site. They also create an open door for people who are typically poorly served by traditional health care settings, if and when they're ready to seek treatment.

The state of New Hampshire primed its voters to understand that accessible behavioral health does not operate in a silo. The state takes a "no wrong door" approach to supporting those affected by the opioid crisis. This includes initiatives like Safe Stations and The Doorway, through which those seeking addiction treatment or support for themselves or a loved one can get a referral.

New Hampshire laws that explicitly protect syringe service programs and the participants they serve and Medicaid coverage for opioid use disorder medications like methadone and buprenorphine make it easier for people to get access to the support they need when they need it.

4. What policies do health experts recommend?

Medications for opioid use disorder help reduce both overdose deaths and use of high-cost medical services, but only 12% of people with opioid use disorder are treated with these life-saving drugs. While those medications are covered by New Hampshire's Medicaid expansion, several barriers still exist. Doctors currently must undergo additional training to prescribe buprenorphine and are further restricted by having a cap on the number of patients to which they can prescribe the medication. Removing these unnecessary barriers, that don't exist for most other chronic illness medications, would improve access.

To win over New Hampshire voters, candidates should consider supporting efforts to create national standards for behavioral health services. Individuals seeking care should have access to information about the quality of a treatment facility and whether it offers evidence-based services.

State adoption of Medicaid expansion in the U.S. between 2001 and 2017 was associated with a 6% decrease in opioid overdose deaths. Any action that restricts or eliminates coverage could reverse progress.

5. How do the candidates positions differ?

Decriminalizing addiction may be the single most important factor for reducing stigma on addiction. And once we stop seeing those who are addicted as criminals, resistance clears for implementing evidence-based strategies.

Pre-arrest diversion programs recognize that people need treatment not jail time. It is encouraging to me that this sentiment has been shared by nearly all Democratic primary candidates.

Andrew Yang takes a bold stance on decriminalizing several drugs, but he also suggests imposing mandatory treatment after an overdose and significant restrictions on those who can prescribe opioids. Neither of these approaches are supported by evidence and, in my opinion, may do more harm than good.

Amy Klobuchar is one of the few candidates talking about early prevention. The evidence suggests that problematic drug use in adulthood is less likely if youth reach age-appropriate academic and social milestones. Candidates should develop strategies that ensure families and communities get the economic and social supports they need to help youth reach these goals.

In the debate ahead of the New Hampshire primary, opioids got a mention. But the conversation — taking place in a state that is 94% white — didn't go deep into how drug policy, along with inequitable economic and health outcomes, works against black and brown Americans. To be truly transformative, candidates must show how their solutions for the opioid crisis will uproot the country's legacy of inequity to improve health and well-being for all.