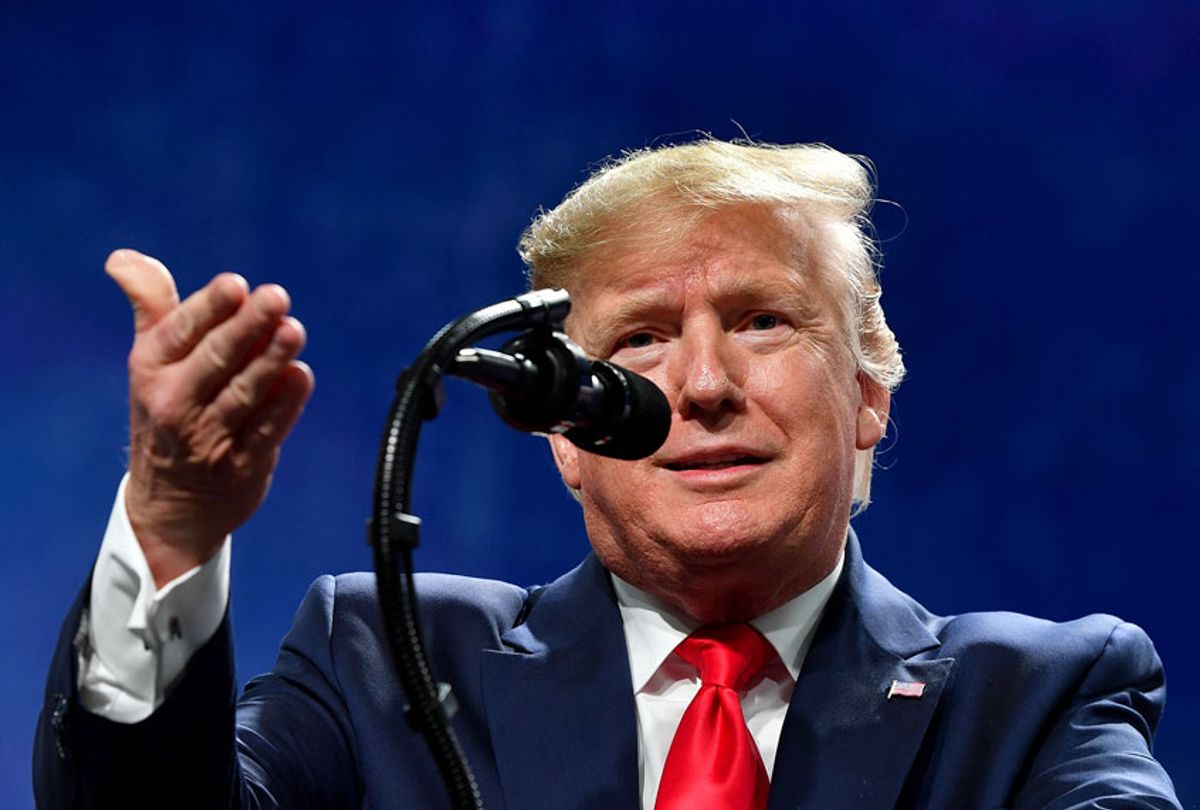 If you love more federal debt, endless wars using antiquated technology and breathing dirty air, then boy oh boy has Donald Trump got a budget for you.

His new plan to spend $4.8 trillion in the 2021 budget year, which begins Oct. 1, continues his massive military spending with severe cuts to almost everything else, especially the Environmental Protection Agency.

His spending plan also anticipates a surge of economic growth, something Trump promised voters but has failed to achieve.

Instead, the Trump era has brought slowly declining economic growth, as we have had the last three years. Notice in the White House graphic below that the red line, actual performance, shrinks each year. That growth has been very uneven. The rich have fared best, lavished with tax cuts and reductions in regulations. The working poor improved their lots inn the states and towns where the minimum wage has been increased.

Trump's budget predicts what would be an explosion of economic growth to 3% annually. That would be slightly below the 3.2% average during his lifetime so nothing to brag about if he does get lucky.

It would also be just half his 6% promise. My children, now grown, called such fantasies "happy go magic land."

Based on this claim of much faster economic growth, Trump's budget tables show the budget deficit shrinking by more than half, from 4.6% of the economy last year to 2% in the 2024 budget year. Pure happy go magic land.

And what of Trump's 2016 campaign promise to retire the federal debt in 8 years? Laughable happy go magic land.

The budget projects that annual interest on the federal debt will rise, but at a much slower rate than estimated in the previous budget. More happy go magic land. In the world of reality finance, you should expect yearly red ink deficits in 13 digits – that's a trillion dollars. Your share? More than $3,000 per year plus interest until you die.

Should you be feeling nostalgic for the mythical 1950s white picket fences perceptively dissected in the trailer for Pleasantville, Trump's new budget will point you in that sentimental direction. More happy go magic land.

Keep i mind that Trump says he is a financial genius who studied at the best finance school, Wharton. (He didn't. He took real estate economics as an undergraduate and never attended the famous graduate business school.)

It looks more like Trump attended school in the mythical Pleasantville where the books had blank pages?

That mythical town required that schools "teach the non-changist view of history–emphasizing continuity over alteration."

After all, Trump contends that some things never change and certainly not for the better, as he tweeted on New Year's Eve 2018 about his Mexican border wall and wheels: Trump is, of course, wrong, as even idiots should be able to tell from the images of wheels that one Twitter commenter posted in reply to that 2018 Tweet: Among the big takeaways from Trump's new budget, which House Democrats will never approve but that still tells us about what Team Trump wants going forward:

Who could ask for more?