How "Maybe I'm Amazed" brought Paul McCartney back to life 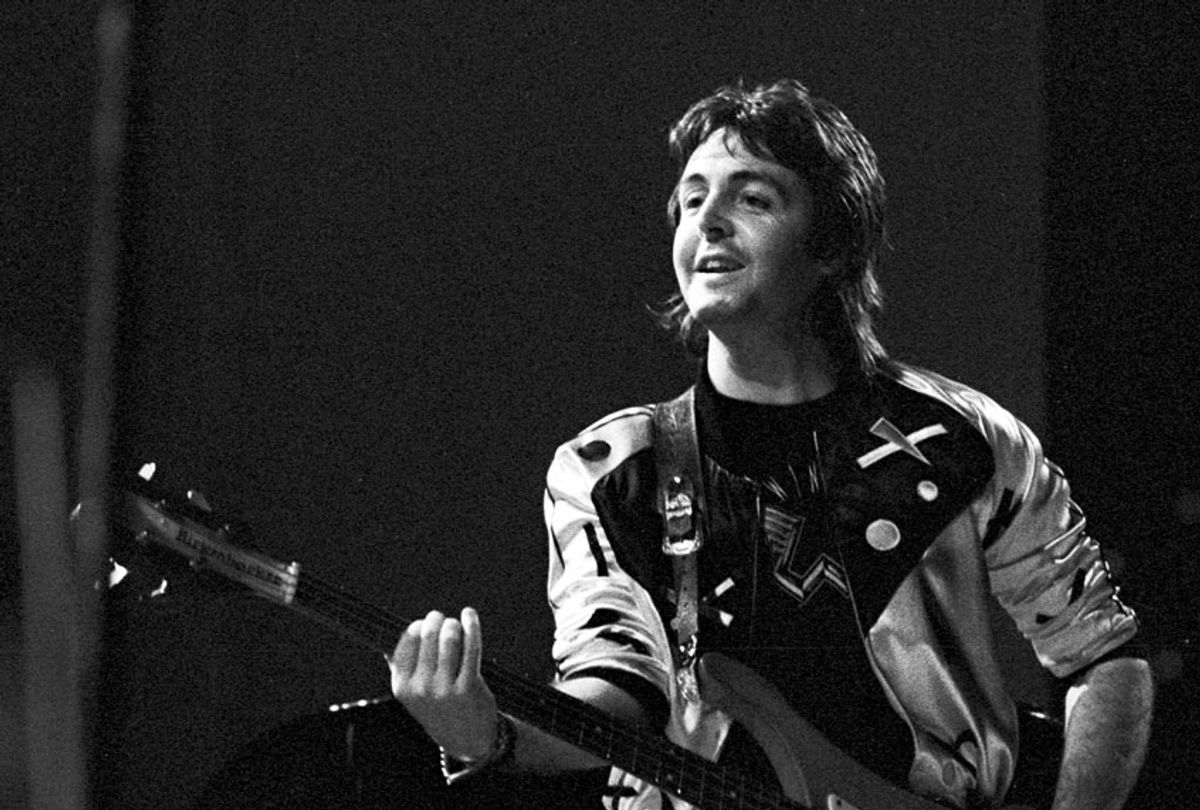 In the autumn months of 1969, Paul McCartney died.

It had been a series of deaths, really. First up were the rumors, invented and spread by DJs and college students, that he had perished in a 1966, automobile accident and that the other Beatles were accomplices in the coverup. The Paul Is Dead hoax would be quelled after Life magazine dispatched a crew to Scotland to track down McCartney. The world breathed a sigh of relief after Life ran a November cover story under the banner headline "Paul Is Still with Us" and a glossy photo of the living, breathing Beatle with his young family.

But during that same period, he had also suffered a spiritual death of sorts with the Beatles' disbandment. For McCartney, the idea of no longer being in the group meant that his creative outlet had seemingly been extinguished. By his reasoning, the "overall feeling" during his downtrodden days in Scotland was that "it was good while I was in the Beatles, I was useful, and I could play bass for their songs, I could write songs for them to sing and for me to sing, and we could make records of them. But the minute I wasn't with the Beatles anymore, it became really very difficult."

For the first time in his life, he was experiencing something akin to protracted depression. As he later recalled, "I exhibited all the classic symptoms of the unemployed, the redundant man. First, you don't shave, and it's not to grow a groovy beard, it's because you cannot be fucking bothered. Anger, deep deep anger sets in, with everything, with yourself number one, and with everything in the world number two." Worse yet, he often sated his despondency with drink.

With wife Linda by his side, McCartney managed to stem the tide of his anguish over the Beatles' loss. In late December, he decided to do something about it, installing a Studer four-track recorder at his London home. He began work immediately, even though he lacked the VU meters and mixing desk that he was used to deploying only a few blocks away at EMI's Abbey Road Studios.

Over the next few months, McCartney recorded several tracks at his Cavendish Avenue home. "I was feeling quite comfortable, the more I went on like this," he recalled. "I could actually do something again." And that's when he hit pay dirt. By late February, he had composed a no-doubt blockbuster of a song in "Maybe I'm Amazed."

Written as a passionate musical appreciation for Linda's steadfast support over the past several mind-numbing months, "Maybe I'm Amazed" was a standout piece of work, to McCartney's mind —something special, an instant classic in a similar vein to "Yesterday," or, more recently, "The Long and Winding Road" and "Let It Be."

With a song of the caliber of "Maybe I'm Amazed," McCartney realized that working at home simply wouldn't do. Working under the name Billy Martin, McCartney made the short trip over to Abbey Road's Studio 2 to record the impassioned piano balled. For the Cute Beatle, "Maybe I'm Amazed" held incredible potential; why waste such a distinctive bit of songwriting on the Studer at Cavendish Avenue, when the newfangled TG12345 mixing desk was ready and available only a few blocks away at EMI?

Delicately arraying "Maybe I'm Amazed" across the desk's eight-track landscape, McCartney achieved careful separation among his keyboards, including piano and organ, as well as the low end of his bass and drum parts. In addition to his shimmering lead vocals, McCartney's lead guitar solo seemed to leap out of the mix—both as a part of its composer's one-man ensemble and yet separate from the tumult of the other instrumentation.

When his debut solo album was released in April 1970, McCartney suffered the slings and arrows of one reviewer after another. In Melody Maker, Richard Williams cut "McCartney" to the quick, describing the album's contents as "sheer banality," excepting "Maybe I'm Amazed," which was already a consensus masterwork among fans and critics alike. In his Rolling Stone review, Langdon Winner singled out "Maybe I'm Amazed" as "a very powerful song" that underscores "one of the main subthemes of the record, that the terrible burden of loneliness can be dispelled by love."

Recorded 50 years ago this month, "Maybe I'm Amazed" launched McCartney's solo career in fine style. It would become a concert staple for the ages, a much-covered rock classic that would stand among his finest Fab Four achievements. In 2009, he acknowledged that it would be "the song he would like to be remembered for in the future."