How to date your A.I.

Tech companies are exploiting the human need for intimacy. Is it a trap? 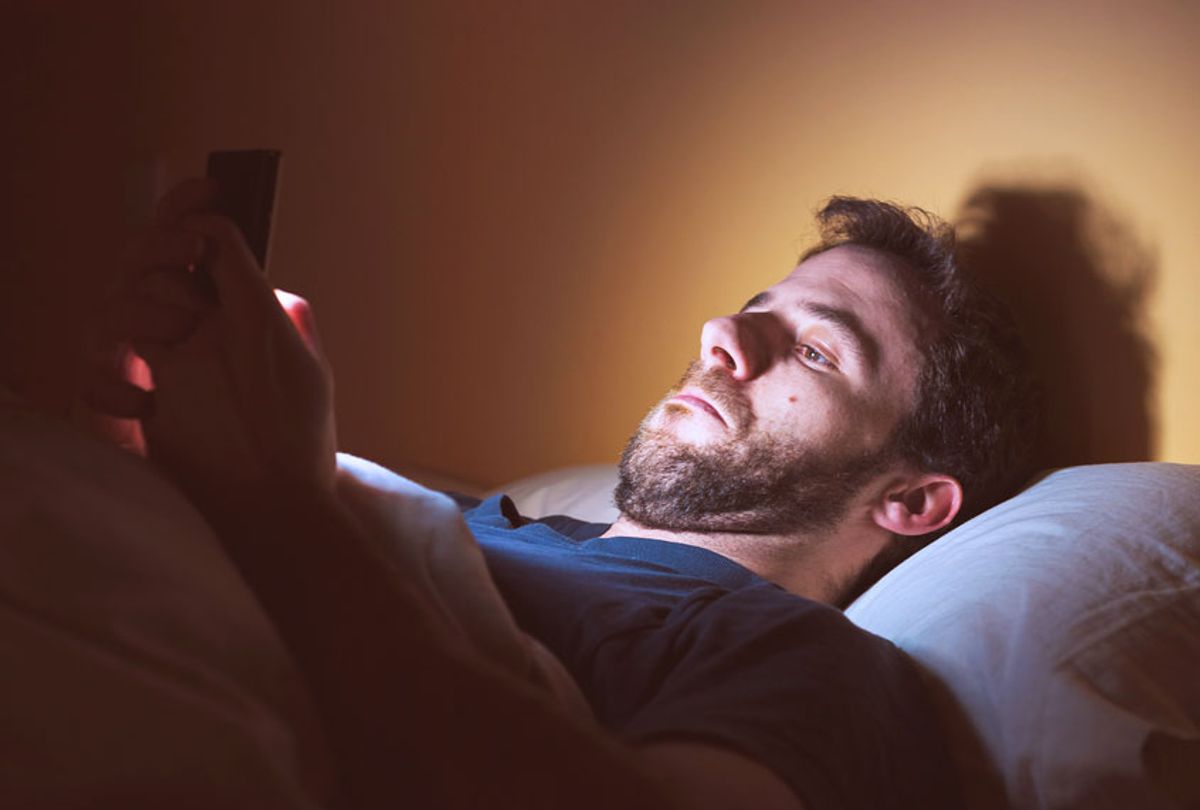 Man looking through apps on his smartphone (Getty Images)
--

In 1992, a fraternity at Rensselaer Polytechnic Institute decided to develop a computer algorithm to match men and women for a Valentine's Day social event. Students flocked to the the student union to complete the survey to meet their "ideal match" as determined by a computer. Thus began the transition from dating "IRL" (in real life) to dating via "URL." Three years later, match.com was founded.

The need for intimate, romantic relationships is so strong that when new technologies are created, people quickly adapt them for the purpose of satisfying this very human need. But as online dating has proliferated, an unexpected side effect has occurred: the problem of too many choices. When confronted with too many choices, people often have difficulty choosing because they fear making a poor choice and missing out on something better.

The overabundance of choice can result in objectification of potential mates and decrease the desire to choose what has become more "product" than person. All this has led to some strange dating behaviors. For example, "collecting" potential mates, a behavior where people strike up technologically mediated relationships with multiple partners they have no intention of meeting. "Ghosting" is perhaps the most quintessential hallmark of dating URL: It's much easier to cease all communication without explanation when you don't think of the other party as a person.

Which is of course the revenue model of online dating: the more people who use an online dating site, the greater the "product" offering, with that product offering being a romantic fantasy. After all, a dating site that successfully matches its members would, eventually, put itself out of business, right? To generate revenue, people must be enticed to visit again and again. Enter the "fembot."

Fembots came to national attention following the Ashley Madison hack in 2015. Ashley Madison offered the opportunity for discreet extramarital affairs and used automated accounts in conjunction with paid writers to offer fantasy interactions that would entice men to spend additional money on the website to communicate with what they perceived to be real women. This was the beginning of the transition from URL dating to AIR – Artificial Intelligence Relationships.

Imagine your Amazon Alexa sending you text messages during the day saying, "Oh baby, I miss you. I can't wait until you get home." If this sounds far-fetched, think again. In Japan, the Gatebox, which functions like a digital assistant, also offers a holographic, virtual girlfriend which does just that – sends romantic messages to its owner. Dating simulations such as Mystic Messenger, give women the opportunity to make an AI fall in love with them by talking with it via text messaging. These AIRs become so engaging that many women confess to spending hours conversing with their AI "boyfriend." Even RealDoll sex robots now come with personalized AI for simulating emotional as well as physical intimacy.

Intimacy and romantic relationships are the result of trusting one another enough to be vulnerable, and what makes these AIRs so engaging is the ability to simulate this intimacy, creating the illusion of trust and thus the safety to be vulnerable.

But AIR has opened the door for a new level of data vulnerability. These AIs learn by collecting troves of especially private data, data that we might not otherwise share online but happily divulge to our robot romancer. The security of this data cannot be guaranteed.

As Valentine's Day triggers longing for a romantic partner, the attraction of these AIR capabilities is understandable. Unless you are converting oxygen to carbon dioxide, there is no relationship to be had with AIR. The men who shared their most intimate secrets and fantasies with the fembots on Ashley Madison, and had those secrets shared with the world online, understand that better than most.

Technologically-mediated relationships are most valuable when the technology is used to bring real people closer by facilitating real intimacy. When human vulnerability is exploited for profit, by technologically mediated AIR, it is time to rethink the value of virtual interactions.

This Valentine's Day, spend some time face-to-face, however vulnerable you might feel sitting across the table from that possible special someone, you are not nearly as vulnerable as you will be spilling your secret longings to the AIR. Being vulnerable is hard, but true intimacy comes from being willing to trust one another IRL, and it is these IRL relationships that will truly satisfy this innate human need.

Dr. Tamara Schwartz was the 2011 Information Operations Officer of the Year. A retired Lieutenant Colonel, she now serves as an Assistant Professor of Cybersecurity and Business Administration at the York College of Pennsylvania.