"This is what another quid pro quo by the president of the United States looks like," Rep. Jerry Nadler says 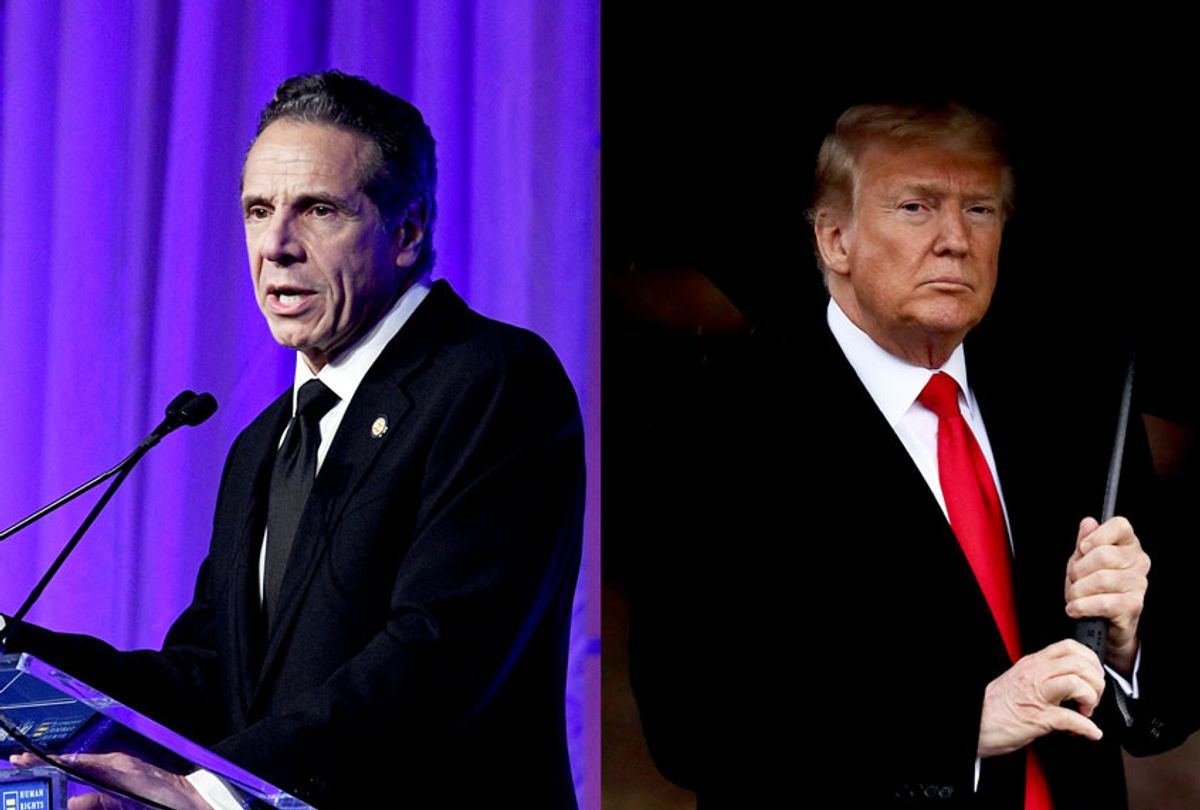 President Donald Trump on Thursday appeared to propose a quid pro quo to Gov. Andrew Cuomo, suggesting he may reverse his administration's ban on New Yorkers participating in expedited travel programs if the state drops its lawsuits against him.

Trump linked his administration's ban on New Yorkers from certain Trusted Traveler programs to the state's "unnecessary lawsuits" in a tweet before his meeting with Cuomo, a Democrat, at the White House.

The meeting came after the Trump administration banned New Yorkers from participating in Global Entry, a program which allows participants to avoid long customs lines, and the other Trusted Traveler programs that allow participants to use shorter lines at airports and border crossings.

The Department of Homeland Security said the TSA Precheck program would not be affected, though that could change in the future, The New York Times reported.

Officials said the ban was a response to the state's new Green Light Law, which allows undocumented immigrants to obtain driver's licenses and prohibits immigration officials from accessing the state's Department of Motor Vehicles databases without a court order.

Though New York is one of 15 states that have approved Green Light laws, administration officials claimed that the state's restrictions on access by immigration officials were the "most restrictive rules" in the country, according to The Times.

Cuomo vowed to sue the administration over the ban, calling the move "extortion."

"This is unbounded arrogance, disrespect of the rule of law, hyper-political government and this is another form of extortion," he said last week. "This is what Trump did with Ukraine. This is the ethos of his federal government."

"Despite President Trump's attempt to punish New Yorkers for passing its own laws and standing up to his xenophobic policies, New York will not back down," James said.

After Trump fired off his demand for the state to drop its lawsuits against him, James tweeted that she plans to do no such thing.

James has subpoenaed Trump's financial records, and the state is investigating the Trump Organization. She previously secured a $2 million settlement from Trump after he admitted to using funds raised for charity for his personal benefit.

"When you stop violating the rights and liberties of all New Yorkers, we will stand down," James said Thursday. "Until then, we have a duty and responsibility to defend the Constitution and the rule of law."

Some Democrats accused Trump of a new "quid pro quo" after impeachment managers warned that he would be emboldened to go after his enemies if the Senate acquitted him in the impeachment trial, which it did mostly down party lines.

"An acquittal would also provide license to President Trump and his successors to use taxpayer dollars for personal political ends . . . Presidents could also hold hostage federal funds earmarked for states — such as money for natural disasters, highways and healthcare — unless and until state officials perform personal political favors," the Democrats' impeachment trial brief said.

"Dear @SenateGOP, This is what another quid pro quo by the President of the United States looks like," he said, pointing to Trump's tweet.

Rep. Val Demings, D-Fla., who served as an impeachment manager at the Senate trial, tweeted that Trump was "expanding his abuse of power to blackmailing U.S. states (threatening millions of people he supposedly works for). In this case, he's holding New York state hostage to try to stop investigations into his prior tax fraud."

After Thursday's meeting, both sides said talks would continue. If the state can't reach an agreement with the White House, "then we have a lawsuit," Cuomo said.

"It's not just New York, there was a fascinating memo that was leaked from the Department of Homeland Security," he said, "that laid out things that could be done to punish unfriendly states."

"The memo… proves what we've been saying from the beginning," he added on Twitter. "The Trump admin's decision to ban NYers from the Trusted Traveler Programs was politically motivated retaliation meant to punish our state."