Jordan has been accused of ignoring the sexual assault of athletes by former university Dr. Richard Strauss 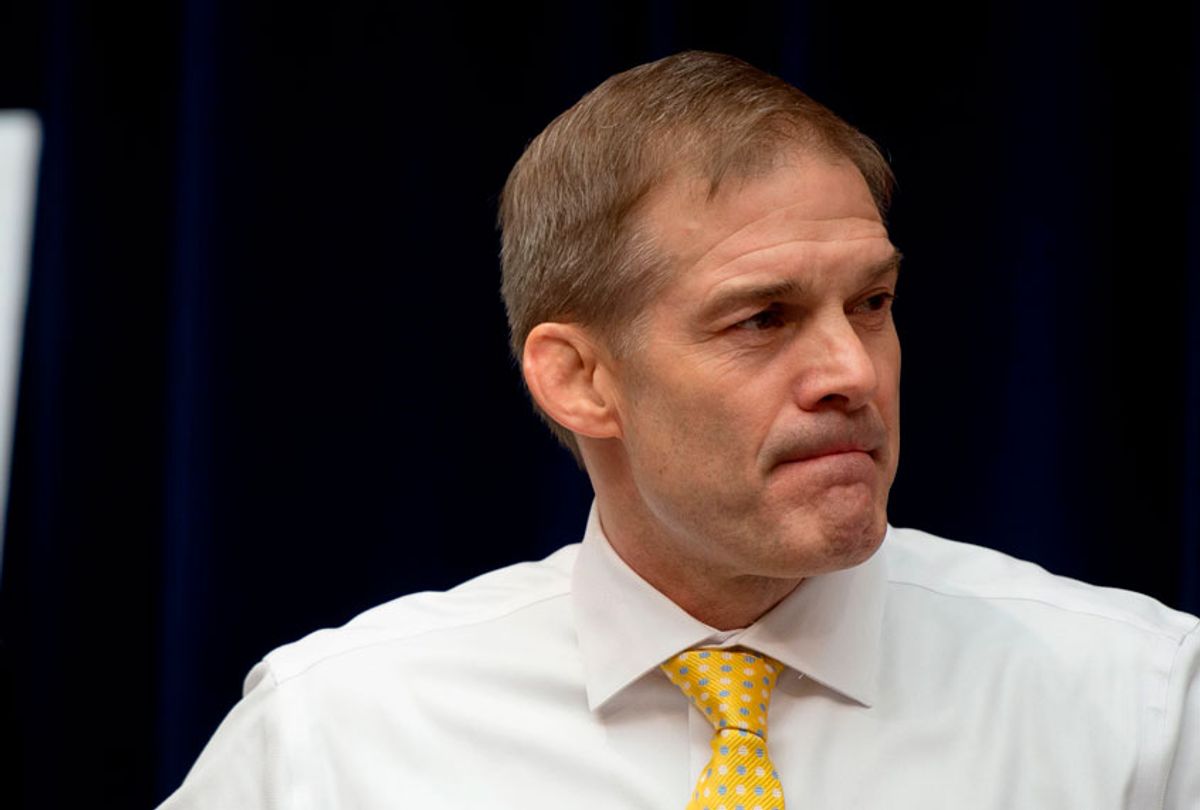 The Ohio State University wrestling scandal has exploded back into national headlines with the accusation by former wrestler Adam DiSabato that Rep. Jim Jordan (R-OH) — who is accused of ignoring the sexual assault of his athletes by school physician Richard Strauss — called him and begged him to deny the allegations being brought forward by DiSabato's brother Michael.

On MSNBC's "AM Joy" on Saturday, DiSabato warned Jordan that the scandal isn't going away — and that more will come out that will make him look worse.

"The congressman is calling you a liar," said host Joy Reid. "Your response, sir?"

"Well, in his statement, he didn't say that he didn't call me. I find that amusing, because, you know, he — he knows that he called me that day, and there's proof and he doesn't want to go there. So as far as the lie, I've already gone over this several times. I mean, it was blatant knowledge throughout our wrestling team, and there's others that are going to come out on my behalf, and it's just going to get worse."

"Jim Jordan is just a symptom of the bigger problem at Ohio State," added DiSabato. "He had superiors, Russ Hellickson, who I just found out called me a liar as well. This guy, we have text messages of him sending it to my teammates telling them to flip. So these people are delusional. And, you know, it's all going to come out and Ohio State is — it's going to get worse, because there's other things that are going to come out. You know, they — they don't want to go there."

"And for — I was going to ask you, you say things are going to come out, is there specific evidence that you have, or that you or others that were victims or connected to victims at Ohio State have, that Jordan himself knew about the abuse that was taking place?"

"Yes," said DiSabato. "I mean, the fact that he called me on the Fourth of July. I haven't talked to this guy in, you know — the last time I saw him was at my teammate Kevin Randleman's funeral. And Kevin Randleman was a captain as well. If he was alive, he'd be sitting here next to me, you know, with the same story, because he was adamant against it as well. So, you know, to keep denying it is just digging himself a bigger hole. If he would have just came out at the beginning and said, hey, you know, our superiors did nothing, then I wouldn't be here right now. You think I want to be here?"