"There’s no investigation into him" 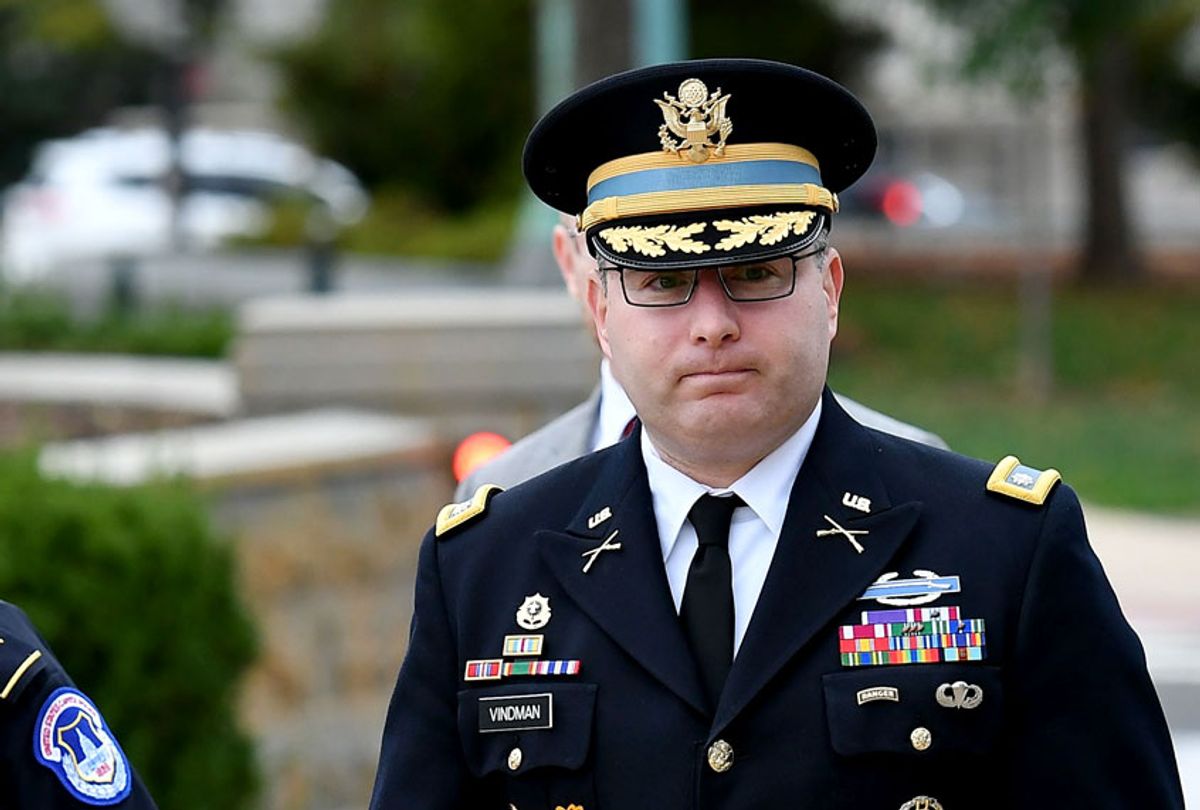 On Friday, February 7 — only two days after he was acquitted on two articles of impeachment — President Donald Trump fired Lt. Col. Alexander Vindman from the National Security Council (NSC), which countless Trump critics have described as an act of retaliation because of Vindman's testimony during House Democrats' impeachment inquiry. On top of firing Vindman, Trump told reporters that he imagined the military would "take a look at" whether Vindman should face disciplinary action for the "horrible things" he said when testifying. But Army Secretary Ryan McCarthy, according to Politico, said on Friday that the U.S. Army isn't planning any investigation of Vindman.

McCarthy, at a National Press Club luncheon, noted that Vindman would have a "bridging assignment" for a few months in the U.S. Army's headquarters in Washington, D.C. — adding, "Then he will be heading to a senior service college this summer. There's no investigation into him."

Vindman wasn't the only person Trump fired on February 7: that day, he also fired Vindman's twin brother, Yevgeny Vindman, from the NSC and fired Gordon Sondland (an impeachment witness during House Democrats' impeachment inquiry) from his post as U.S. ambassador to the European Union. The firing of the Vindman brothers and Sondland is being described by Trump critics as the Friday Night Massacre, a name obviously inspired by President Richard Nixon's infamous Saturday Night Massacre of October 20, 1973 — when Nixon, during the Watergate scandal, ordered the firing of Special Prosecutor Archibald Cox and both Attorney General Eliot Richardson and Deputy Attorney General William Ruckelshaus resigned in protest.

Former White House Chief of Staff John F. Kelly defended Alexander Vindman this week during a speech/Q&A session in New Jersey, asserting that Vindman was acting ethically when he refused to follow an "illegal order" in the form of Trump asking the Ukrainian government for an investigation of former Vice President Joe Biden and his son, Hunter Biden.