How far would you go to save your favorite water bottle? 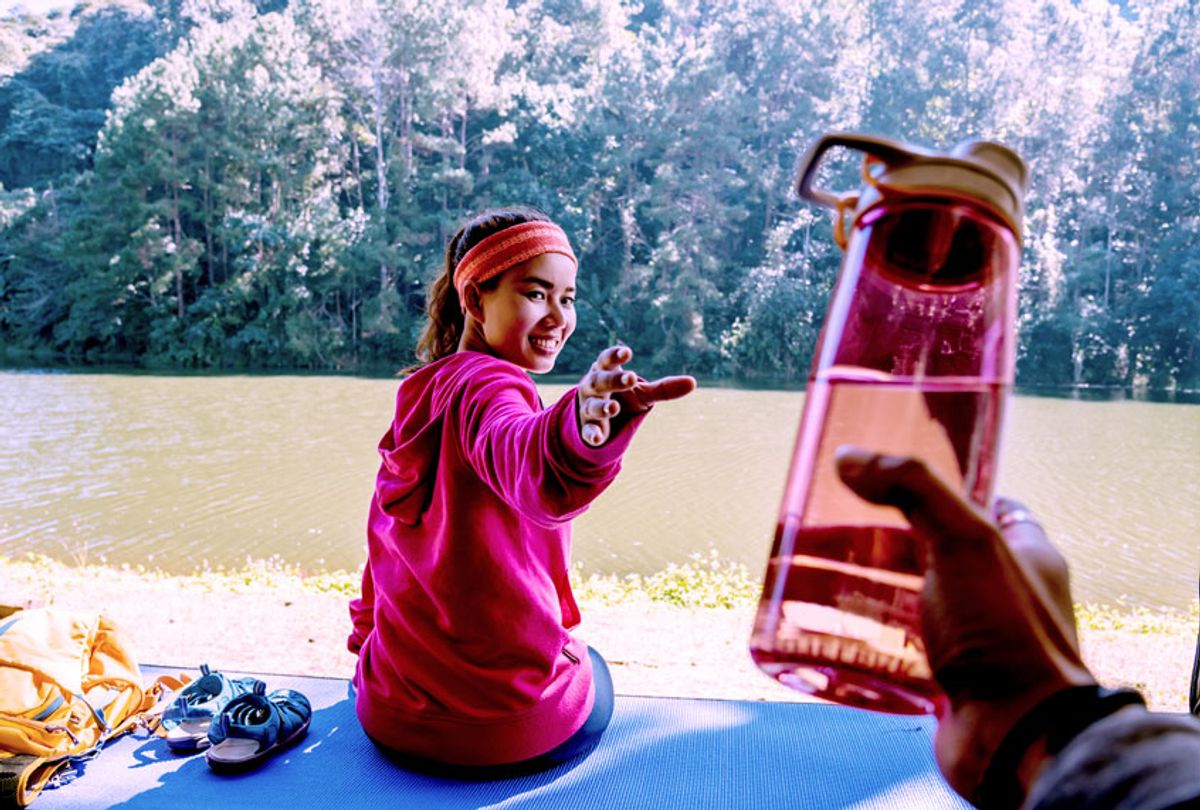 Leaving the house without my water bottle is like forgetting my keys or wallet. I'll always make a fuss to go back for it, even though I live in a dense city in which water is not exactly difficult to obtain. Still, I have an irrational fear of the water bottle going missing, resulting in suddenly being thirsty and unable to access water.

For the record, I did not start using a reusable water bottle until I moved to the Bay Area in 2013. The state was in the middle of a drought then, and it seemed like the sustainable thing to do. But seven years later, carrying a water bottle with me everywhere I go has turned into something more than a means to avoid plastic water bottles, conserve water, and stay hydrated. It's become a form of security, one that I've become strangely attached to.

Evidently, I am not alone. Plenty of people in my orbit have expressed a similar concern — an unease, really — at the prospect of misplacing their reusable water bottle. For many, losing one's water bottle will wreak havoc on their day, even their week.

Curious if this was merely a California thing, I sent out a query to the public to see if others felt what I am now calling "water-bottle separation anxiety." I received over a dozen responses, suggesting that I may have tapped into a cultural phenomenon – one that relates as much to health and psychology as it does to our complicated personal relationship with natural resources.

Activist Manuela Barón, who lives in Florida, started carrying a water bottle everywhere in an effort to be more sustainable. It didn't take long until she felt like the water bottle became a "part of" her. Despite the water bottle being dented and unable to stand up straight, she kept it because it was her water bottle, she explained in an email.

Then, one morning, Barón's alarm didn't go off when it was supposed to. She had a flight to catch that day.

"I rushed through the airport only to be stopped at TSA because, of course, my bottle was full of water; I had no moments to spare but the [TSA] agent told me either I tossed the bottle or I'd have to go to the back of the line and miss my flight," Barón said. "I cried as I went through the scanner and ran off to my gate; I didn't realize it would be like saying goodbye to an old friend."

Lynell Ross, a founder and editor who lives in California, said she is inseparable from her Hydro Flask. The last time she forgot it at home, she was "devastated."

"It honestly threw off my entire day," Ross said in an email. "I found myself constantly reaching for where it normally sits alongside my desk, only to find a coffee mug that I was using as a water cup for the day."

This was a common experience for people who forgot their water bottles. Theresa Leskowat, a therapist in North Carolina, said she has a similar sensation. "When I forget my water bottle it throws my whole day off, I find myself reaching for my phantom water bottle," Leskowat said.

Mary Kate Celini, who lives in Philadelphia, told me via email that her water bottle is her "sidekick in daily activities." She's been carrying a 32-ounce reusable water bottle every day for six years.

"Recently, my partner took it when we were at the gym and he left it behind; My world felt like it was falling into chaos," Celini said. "I had to swap down to a tinier reusable water bottle and everything just felt out-of-whack."

After a day of dehydration, Celini was eventually reunited with the 32-ounce water bottle.

"I instantly chugged a full water bottle of water and felt like a long-lost lover came back into my life," Celini said. "A single tear rolled down my face, or maybe it was a drop of water from my beloved wide-mouth Nalgene."

There were more similar stories of heartache, tears, stress and dehydration that people experienced after a forced separation from their water bottles.

Humans have a history of anthropomorphizing everything that can be anthropomorphized: dogs, pumpkins, digital assistants like Siri — and now, water bottles, apparently.  Researchers argue that it is basic human nature to ascribe human characteristics to nonhuman things. More recently, in articles ruminating over the the rise in reusable water bottles, experts have called the water bottle an "adult binky," meaning an object that provides a sense of comfort. Others have likened water bottles to a favored accessory, one that millennials will shell out for. But what to make of our attachment to them?

When someone loses a backpack, the devastation is self-evident. Backpacks are storers of valuables, phones, laptops, wallets and other irreplaceable goods. But a water bottle is just a means of carrying water, one of many that are readily available. Perhaps it is the permanence of a metal bottle or Nalgene: no one mourns for the lost disposable plastic bottle, designed for impermanence.

Still, I can't help but think the attachment is emblematic of something deeper. In a world where we are constantly inundated with news about climate change, the attachment to our reusable water bottles could be more about a fear of our basic needs not being met by nature.

Or maybe I'm thinking too hard, and people — self included — really just love their water bottles.