In an increasingly competitive world, eateries have been turning to professional, but false photos for social media 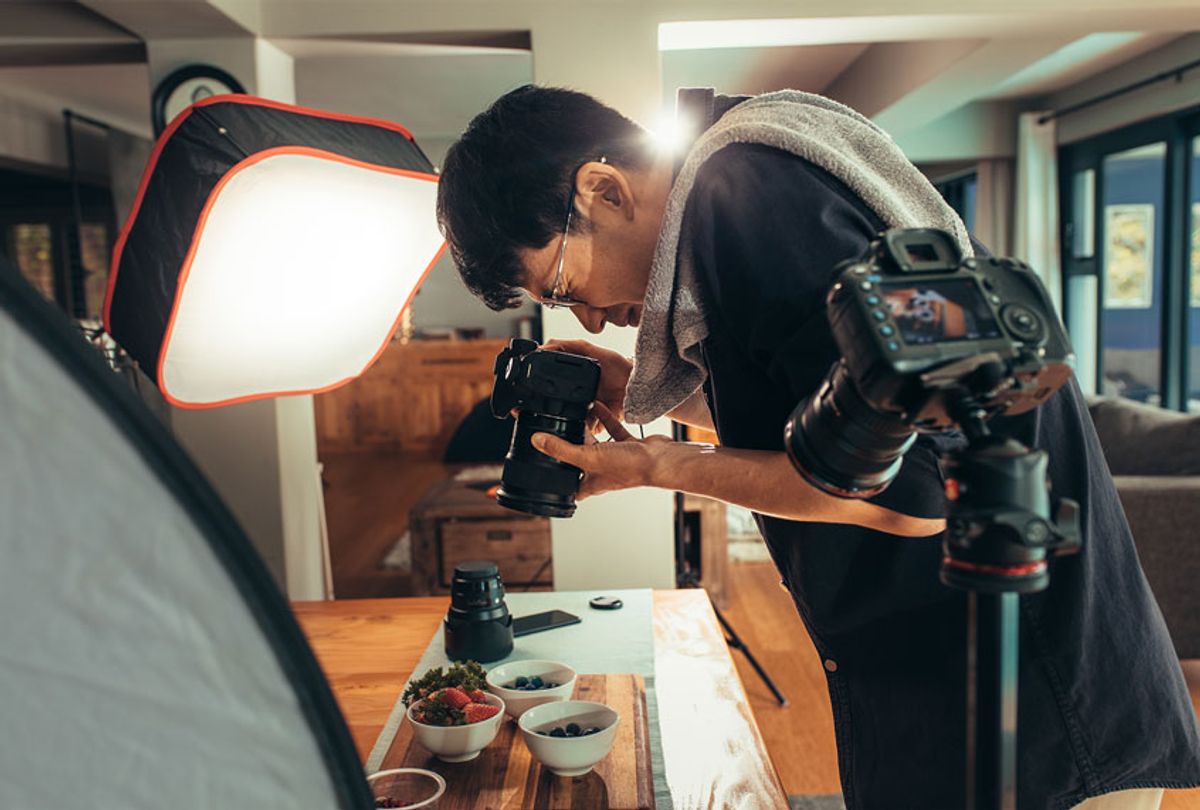 There should be a word for that special kind of disappointment you experience when the food you order doesn't match up with what was promised. Put another way — does a Big Mac ever actually look as good in the drive-through line as it does on a commercial? But in the age of social media, this kind of expectation setting (and potential anticlimax) isn't restricted to corporate chains or the kinds of restaurants traditionally featured in magazines.

Now, every restaurant owner and chef with an Instagram account can — and is almost expected to — give customers a taste of what's on their menus, which has led to a unique, industry-specific ethics debate: is it ever okay for restaurants to use stock photography as part of their digital presence?

It's a surprisingly common practice. I follow a lot of restaurants on social media and at least once a day someone shares a stock photo to advertise their dishes. I'm not talking about food styling, I'm talking about sharing images of food that aren't actually their own. Sometimes it's subtle — the pancakes on the photographed plate look a little too fluffy compared to the diner-style griddle cakes I know they serve — while other times, like when the poster forgets to crop out the watermark, it's more obvious.

It's a surprisingly controversial practice, too.

Jessica Fey is the director of design and marketing for Louisville Brewing Company.

"The use of stock imagery by restaurants is, simply, lying," Fey said. "Guests trust that the restaurants they visit are showing their food — that they made — in their kitchen and arranged on their plates."

The moment someone sees an image of a dish on social media, Fey said, the expectation for that dish has been set.

"The guest has already imagined themselves enjoying the plate in the photo in their mind, and expects to see that dish, plated that specific way in that very environment served to them when they walk through that specific restaurant's doors," she continued.

Lacey Muszynski, a critic for the Milwaukee alt-weekly "Shepherd Express," thinks that it is a generally deceptive practice "that should be avoided by restaurant owners at all costs."

"Speaking as a critic specifically, I do research before I visit a restaurant and before I write my review," Musynski said. "I use a restaurant's social media and photos to figure out what their specialties are, what I'd probably enjoy most, what they do that's innovative, et cetera. in order to give them a shot at the best possible review. Stock photos don't allow me to do that as effectively."

But both Fey and Musynzki have a theory about why chefs and restaurant managers resort to stock photos; having a robust social media presence has almost become a requirement for restaurants. There are now hundreds of current job postings for restaurant social media managers to coordinate the shooting, posting, and messaging of a chef's food.

"There is an immense amount of pressure," Fey said. "You essentially don't exist if you don't have a social media account. Chefs are plating for their own reasons, but also with the knowledge ahead of time that 'this dish will be Instagrammed.'"

Alternatively, she said, many people are making their dinner decisions based on a photo of a menu item they saw on social media at 10 a.m. in the morning.

"And in the 'scrolling age' that image has to stop them from scrolling through the hundreds of images they see every day," Fey said. "So photography, and making a dish stop someone in their digital tracks, is essential."

Eric Morris is a Louisville-based chef who succumbed to that pressure. Morris is one of those chefs who worked his way up through local restaurants over the past 17 years; starting as a dishwasher, then becoming a prep cook, a line cook, a sous chef, and then he eventually helped open the fried chicken restaurant, Gospel Bird.

In the early days of Gospel Bird, Morris says they were pumping out daily specials left and right.

Morris said that he never claimed the photos were his own in the posts, but that he also didn't mention it was a stock photo unless someone asked.

"Or in my case, we were called out on it, and rightfully so," Morris said. "The decision to use stock photography was absolutely built out of immense pressure to 'keep up with the Joneses,' so to speak. There are so many great restaurants and chefs in the area all producing great food and mouth-watering media content."

Now Morris, like Fey and Muszynski, recommends that restaurant owners who can't afford hiring a social media manager ("Which is very understandable considering the low profit margin for restaurants presently," Fey said) stick to taking photos of their own food.

"There are a plethora of how-to videos for food photography," Fey said. "And iPhones make quite the pocket camera."

In Morris' case, getting called out publicly online for trying to pass off stock photos as his own was a turning point for him. He made the decision to invest in professional photography gear, read a ton of books, and practiced constantly. He now styles and shoots his own food, on top of actually making it.

"Never would I ever use stock photos again," Morris said. "Your food and drink program is a direct reflection of your business, the employees who work hard to create the content, and your creativity. It was a learning process for me, as is most everything, and patience truly is a virtue."

If Morris can't promote his dishes that day, he'll wait until the next to do it right and showcase the creativity of his staff. They appreciate it, Morris said, as do the guests who build their expectations based on what they see online; like everything else in the restaurant industry, consistency is key.