"Too bad you were born a girl"

The first thing I did when I returned home to L.A. was to thank my parents for immigrating to the U.S. 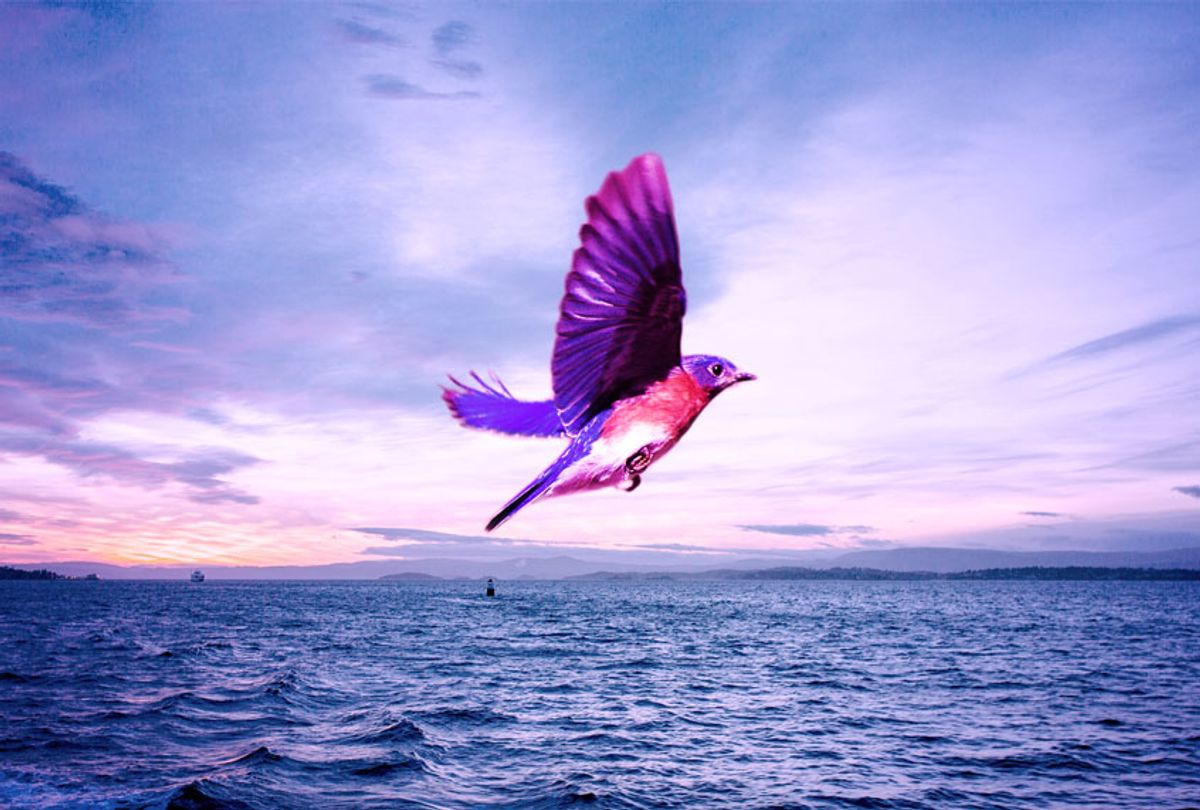 A small bird flying across the ocean (Getty Images/Salon)
--

Growing up, I rarely heard my parents complain about their adopted country, the U.S. But whenever they grumbled about the plumber's refusal to remove his shoes before entering our home or the overabundance of butter in American meals, my perpetual question to them was: "Why'd you immigrate here then?" I grilled them about why they left South Korea (which they continually loved) for the United States (where they continually struggled). They always told me the same thing: they left for my sake. When pressed to elaborate, they spewed boring clichés like, "America is the land of opportunities" and "We wanted the best education for you." I found their answers deeply unsatisfying.

They came to the U.S. in their twenties, when I was almost two and my brother wasn't yet born. By the time I graduated college, they'd lived in the States as long as they'd lived anywhere else. But they never stopped referring to South Korea as home, a place of flower-filled mountains and aunties who made incredible meals. So my perpetual question haunted me, and therefore, them.

When I received a Fulbright fellowship to spend a year in South Korea after college, I was overjoyed. I was eager to understand the country my mother often described with tears in her eyes.

My mom's nickname for me was "little bird" in Korean, so when I was about to embark upon my year abroad, she said, "My little bird is flying away." Sometimes she sounded just like a weepy character in a sentimental movie.

I was simply eager to go. I was particularly keen on meeting my dad's favorite cousin, a distant uncle I'd never met before. From my dad's descriptions, I anticipated a jovial rascal.

We agreed to meet at a restaurant in Seoul, and my parents had already spread word about my "brag-worthy" accomplishments in the U.S.: first-runner up in California's Junior Miss competition in high school, a graduate of an Ivy League college, Fulbright fellow, yada yada. Upon meeting me for the first time, my uncle (whom I'll call Joon) heartily congratulated me for making my parents proud. He was funny and gregarious, as I'd expected.

As the evening drew to a close and I was about to hop in a taxi, he announced loudly, "Congrats again. But you know, it's really too bad you were born a girl."

It felt like I'd been slapped, and I nearly hopped out of the cab to punch back.

Let's rewind a bit: this was the late '90s, when South Korea was still a patriarchal society. Men dominated conversations and ruled every public sphere from commerce to politics. This was before the proliferation of androgynous-looking K-pop groups, before a woman became president (though she was ultimately booted for corruption). In patriarchal Korea, the first-born son (not the daughter, no matter how capable) is the family representative, who brings glory to the household and receives all the inheritance in the end. Daughters are married off, so sons are the ones who'll provide honor and comfort to aging parents. Supposedly.

What Joon implied was that no matter what I did, I'd never be as valuable to my parents as an accomplished son. I'd never faced such overt gender discrimination, and his statement violated my belief of how things should be in the world. The American values of equality and freedom coursed in my blood, hot as lava.

Joon had no understanding of the journey that took me to Korea on a fellowship funded by the U.S. government. My father only told him the good parts of our life in America, not the bad. He'd never mentioned to Joon that when I was little and before my brother was born, my parents worked as night janitors at a corporate building in L.A. Due to lack of childcare, they often took me with them to work. And to keep my spirits up, they told me funny stories about the people who worked in the offices during the day, and zoomed me around in empty wastebaskets as if they were race cars.

The memory of their toil defined much of my life—where I went to college (Yale), what I did afterwards (attended law school, despite my desire to study creative writing), the first job I secured (as a corporate attorney, suppressing my wish to write books). I wanted to help them financially, pay down the second mortgage they'd borrowed for my college tuition.

Their struggles weighed heavily on me even when I was very young. In second grade, I was placed in fifth grade math—not because I was brilliant, but because I worked very, very hard in a poor school district where competing for higher placement wasn't the norm. In high school, I entered the Junior Miss competition—not because I thought I could win or I'd dreamed of being in a pageant, but because I couldn't give up a shot at the scholarship. I won first place for my city, and then placed first runner-up for California, mostly through sheer grit. For instance, for the talent competition, I was scheduled to play a piano solo, so for months I studied the performances of prior Miss America winners and selected a showy piece based on what wowed judges and audiences (Chopin's "Fantaisie Impromptu"). For the speech competition, I analyzed the practice speeches of my fellow contestants, and since they all spoke generically about current events, I chose a very personal and moving topic (teenage depression, using specific examples) to stand out from the crowd.

Joon's statement negated my entire motivation for so many of my achievements: a single-minded desire to prove to my parents that their journey to America had been worthwhile. Just as freedom and equality coursed in my blood, two Korean values also defined me: jeong, which is deep sympathy and extreme compassion, and han, which is a deep ache of the soul (mainly due to Korea's history of poverty and war/invasions).

I think jeong and han are what motivated me to do things that some of my Caucasian friends found baffling: for instance, when I landed my job as a corporate attorney, I gifted my parents twenty percent of each paycheck, sometimes even the entire thing. This practice endured for over a decade. Why? I couldn't shake the image of them mopping and sweeping and sweating as night janitors.

I even wrote a children's book about their time cleaning offices, how they instilled in me a sense of wonder on those long, late nights. That manuscript sold to Penguin Random House, and the book will be released this week. Being an author had been my lifelong dream, and when I first told my parents about the manuscript sale, I saw my father weep for the first time in my life. Those were difficult years for them, so the fact that our story will be a book to share with the world is simply incredible.

Life is not about achievements but living with gusto and passion is indicative of a life well-lived. Would I have realized even half my potential had we remained in South Korea? If the lives of female relatives and women of my age in Korea were any indication, I would've been hemmed in by the prescribed path for someone like me, born into a family with few connections and little funds. I definitely wouldn't have had one of my most glorious experiences: living abroad in Paris.

A female friend in Korea said to me during my Fulbright year, "Your life is very dynamic. Mine has been the same for many years, and it'll remain the same going forward." Her words were her oracle. When I visited her a decade later, she was living in the same apartment in the town she disliked, working at the same job she didn't love, still single because she feared the "typical marriage," a joyless arrangement in which she'd be expected to be of constant service to her husband and in-laws.

My own mother spent the first year of marriage living in her in-laws' home, cooking and cleaning for a household of eight. I was born in that house because my parents couldn't afford hospital fees. And when my mother saw that I was a girl, she said her first thought was, "She will suffer someday like me." What a thought to have about an infant!

But my parents had plans to open my destiny.

South Korea has changed dramatically in the last few decades, so much so that whenever I go back, I truly think I could live and thrive there. It's much more progressive. But this wasn't the case when my parents left in the '70s, nor was it the case when I lived there in the '90s.

After that year abroad, one of the first things I did was to thank my parents for immigrating to the U.S. I finally understood exactly why they left. They moved away so that their little bird could soar.

Helena Ku Rhee is an author based in Los Angeles. "Rosa’s Song" (Random House Studio, illustrated by Pascal Campion) is her most recent children’s book.