It’s time to bring wildlife policy into the 21st century

On issues like deer population control, state agencies are prioritizing hunters over public health and environment 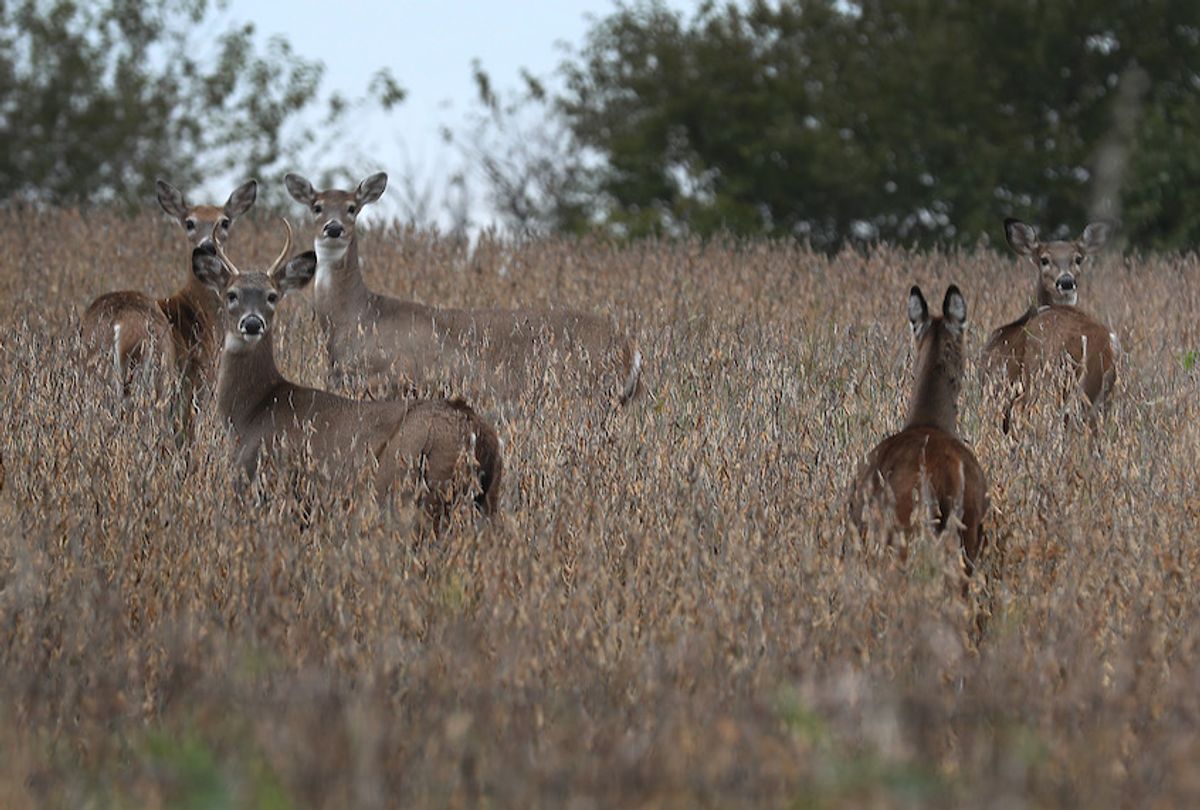 Tucked in the far northeast corner of the United States, nestled beneath two Canadian provinces, lie the sweeping forests and coastline of Maine. The residents here have strong ties to the land, with many families having worked the same farms and woodlots for generations. So, as a wildlife ecologist and environmental communications researcher, I listen closely when they talk about their rising concern over ticks. Repeatedly, I hear that ticks weren't a concern until the last few years. Now, everyone seems to know someone who has contracted Lyme disease, one of several tick-borne diseases rolling northward across the region as the climate warms.

Similar stories are playing out in other parts of the country. The Centers for Disease Control and Prevention estimates that 300,000 Americans contract Lyme disease each year, mostly in the Northeast and Midwest. Some people are lucky and manage to receive treatment early, despite the confusing process for diagnosing the disease. Others are less fortunate and report battling a series of crippling symptoms for years.

There's a relatively straightforward way to curtail the spread of Lyme disease. Research has shown that by appropriately managing the population of deer, the primary hosts of Lyme-carrying ticks, rates of Lyme disease in the northeastern U.S. could be reduced by as much as 80 percent. But due to an antiquated federal law, the state agencies tasked with managing wildlife populations have another, conflicting interest at heart: hunting. Not only does this law have the effect of prioritizing hunting concerns over ecological and public health concerns, but it has put the agencies themselves on the path to bankruptcy.

To be clear, the U.S.'s skyrocketing deer population is not solely to blame for the rise of tick-borne diseases. Other factors also play a role, including warmer winter temperatures and increasing relative humidity due to climate change. But the deer population is the primary culprit: The deer tick, responsible for transmitting the bacterium that causes Lyme disease, feeds primarily on the blood of deer during the adult stage of its life cycle, and several regional studies have shown that there is a direct correlation between deer population density and the prevalence of Lyme disease.

Like other state wildlife agencies in the U.S., the Maine Department of Inland Fisheries and Wildlife was established with the original purpose of regulating hunting and fishing. And like most wildlife agencies, it is funded largely via these activities — through license sales, through an 11 percent tax on sporting arms, ammunition, and archery equipment, and through a 10 percent tax on handguns, as prescribed by the 1937 Pittman-Robertson Act. The revenue is distributed to states based on their land area and their population of licensed hunters. Funding support for a state's fish and wildlife agency is therefore closely tied to the number of licensed hunters in that state.

But those hunters constitute a slim demographic. Nationally, only about 4 percent of American adults hunt. Of those, roughly 97 percent are white and 90 percent are male. Due to their status as a primary source of funding for wildlife agencies, this small group exerts disproportionate influence over wildlife management planning. As a result, wildlife agencies have a strong incentive to maintain deer — a favored species for hunting — at numbers far larger than would naturally occur in a healthy ecosystem. Although the agencies often claim that their policy decisions are nevertheless based on science, research has shown that those claims do not always hold up to scrutiny.

The repercussions of this conflict of interest go beyond Lyme disease. Bloated deer populations come with a long list of concerns, including increased risks of vehicle collisions, higher rates of disease transmission among deer herds, and even decreases in songbird populations. Although the sight of a deer grazing in a backyard might be taken by many casual observers as a sign of a healthy ecosystem, wildlife ecologists recognize it as a disconcerting signal that the animals are becoming domesticated. By hunting deer's predators to near extinction, humans have not only changed their numbers but also their behavior. We have disrupted what scientists refer to as the "ecology of fear."

The Pittman-Robertson Act has often been used by the gun lobby as leverage to win policy debates and evade regulation. One example is the continued use of poisonous lead ammunition, which threatens the health of wildlife and can contaminate soil and drinking water. The ammunition is especially harmful to vultures, coyotes, and other scavengers — members of nature's "clean-up crew" that help to limit the spread of diseases like rabies. Ecologists and public health advocates have pushed to eliminate the use and sale of lead ammunition, but their efforts have consistently been met with strong opposition from the gun lobby and hunting community. To win public support, pro-gun lobbyists have proclaimed that every sale of a lead bullet supports wildlife conservation efforts through the Pittman-Robertson Act, when in reality, every sale does direct harm to natural ecosystems and indirect harm to public health.

The Pittman-Robertson Act isn't merely outdated environmental policy; it is also fiscally unsustainable. A nationwide survey by the U.S. Fish and Wildlife Service estimates that the number of hunters declined by more than 18 percent between 1991 and 2016. There are roughly half as many hunters today as there were 50 years ago. This number is expected to continue to dwindle, and as it does, so will revenue streams for state wildlife agencies. Already, the Wisconsin Department of Natural Resources has been forced to address a roughly $4 million per year funding gap by reducing staffing levels, hampering their efforts at habitat conservation and invasive species control.

Increasingly, Americans are taking to the outdoors not to hunt but to enjoy other forms of recreation. More than a third of all Americans now participate in activities like bird watching, wildlife photography, or visiting parks for the purpose of observing animals. These recreationalists reported spending nearly $76 billion on related expenses — including binoculars, tents, and lodging — in 2016. Those numbers will come as little surprise to anyone who has noticed the crowds in our National Parks or the increased demand for hiking permits on trails like the Pacific Crest Trail.

This cultural shift in the way that we value the outdoors presents an opportunity to simultaneously shore up state wildlife agencies' financial outlook and better align their interests with those of science and health. A tax on non-hunting outdoor gear could not only replace the revenue currently collected under the Pittman-Robertson Act but surpass it — and continue to grow. And, importantly, it would foster a more inclusive approach to wildlife conservation by removing the disproportionate influence of the hunting community.

Good governance requires accepting cultural shifts and continuously finding ways to update outdated policies to match a society's changing needs. For the sake of our ecosystem and our public health, it's time we abandon the Pittman-Robertson model and broaden our wildlife conservation priorities from regulating game species to protecting the full range of biodiversity.

Elyse DeFranco is a wildlife ecologist and environmental communications researcher. She is currently based in Maine.