The oldest candidate in the 2020 presidential contest, Sanders suffered a heart attack in October while campaigning 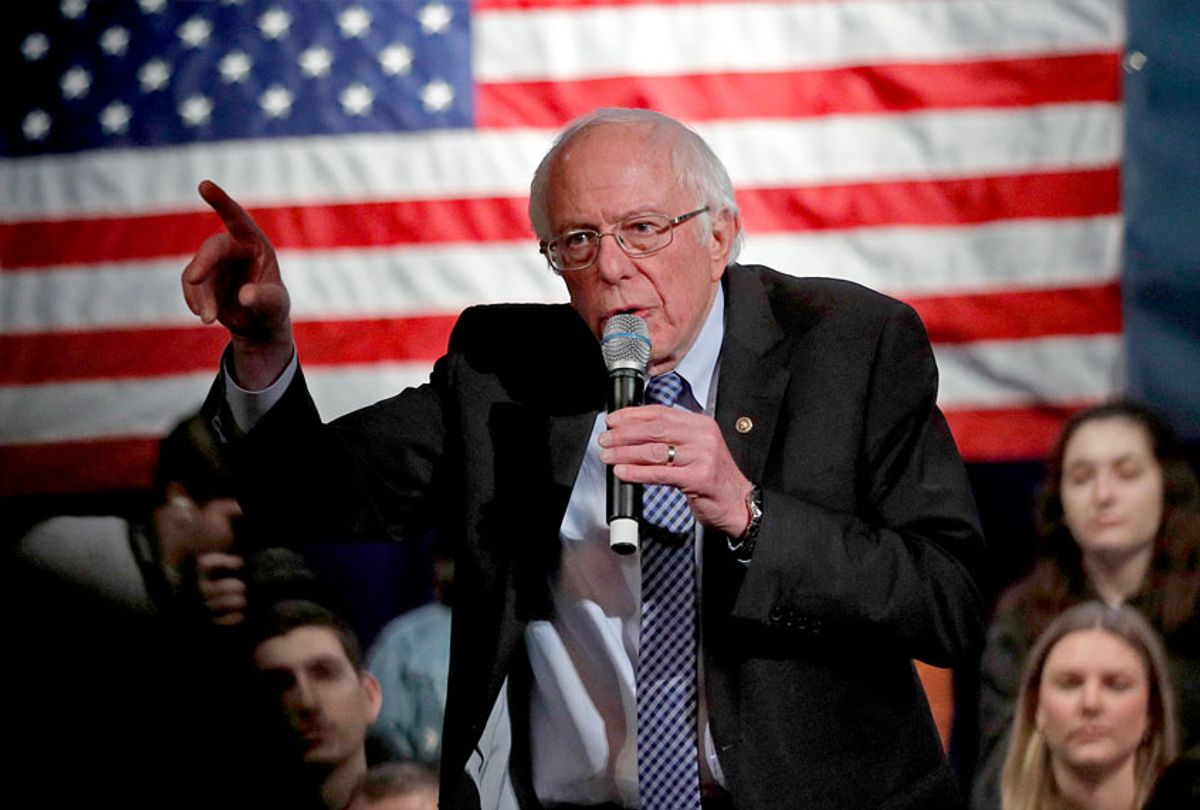 Sen. Bernie Sanders, I-Vt., the Democratic presidential frontrunner who survived a heart attack last year, signaled to CNN's Anderson Cooper on Tuesday that he would not release his full medical records.

"We have released, I think, Anderson, quite as much as any other candidate has," Sanders said. "We released two rather detailed letters from cardiologists, and we released a letter that came from the head of the U.S. Congress medical group — the physicians there. So I think we have released a detailed report, and I'm comfortable with what we have done."

He added, "And by the way, if you think I'm not in good health, come on out with me on the campaign trail. And I'll let you introduce me to the three or four rallies a day that we do."

Sanders, the oldest candidate in the 2020 presidential contest, suffered a heart attack in October while campaigning in Nevada. He had had two stents inserted to fix a blockage in an artery and took himself off the campaign trail for several days to recover.

Sanders promised in September to release his full medical records "before the first votes are cast." He subsequently released the results of his most recent annual physical exam, as well as letters from three of his doctors — but not his full records.

When pressed by Cooper as to whether Sanders would release his full medical records, he replied, "I don't think we will. No."

Cardiologists Dr. Philip Ades and Dr. Patrick Savage added that Sanders was "more than fit enough to pursue vigorous activities and an occupation that requires stamina and an ability to handle a great deal of stress." A letter from a third cardiologist, Dr. Martin LeWinter, said the senator only suffered "modest heart muscle damage."

When Salon spoke with Sanders' former campaign manager Jeff Weaver in 2018, he reassured potential supporters that the senator was healthy enough to not only run for but also serve as president.

"Anybody who follows Bernie Sanders for one day and sees his schedule, and how rigorous it is, and how he drives everybody around him, works them into the ground with the amount of work and energy he has, I think they would understand that his chronological age is just not really a measure of his true age," Weaver told Salon.

He also shared an anecdote from the 2016 campaign trail, which he claimed demonstrated Sanders' fitness.

"I remember early on, one of the reporters asked me, 'When do we stop for lunch? I don't see it on the schedule.' I said, 'Bernie doesn't stop for lunch. He works at lunch. If you want lunch, you better bring it with you,'" Weaver recalled to Salon. "That's just one example. Bernie Sanders is an extremely energetic and vigorous person, and has more energy, I would say, than people half his age."