Republican donor’s family contributed $200,000 to Trump campaign before he was pardoned: report 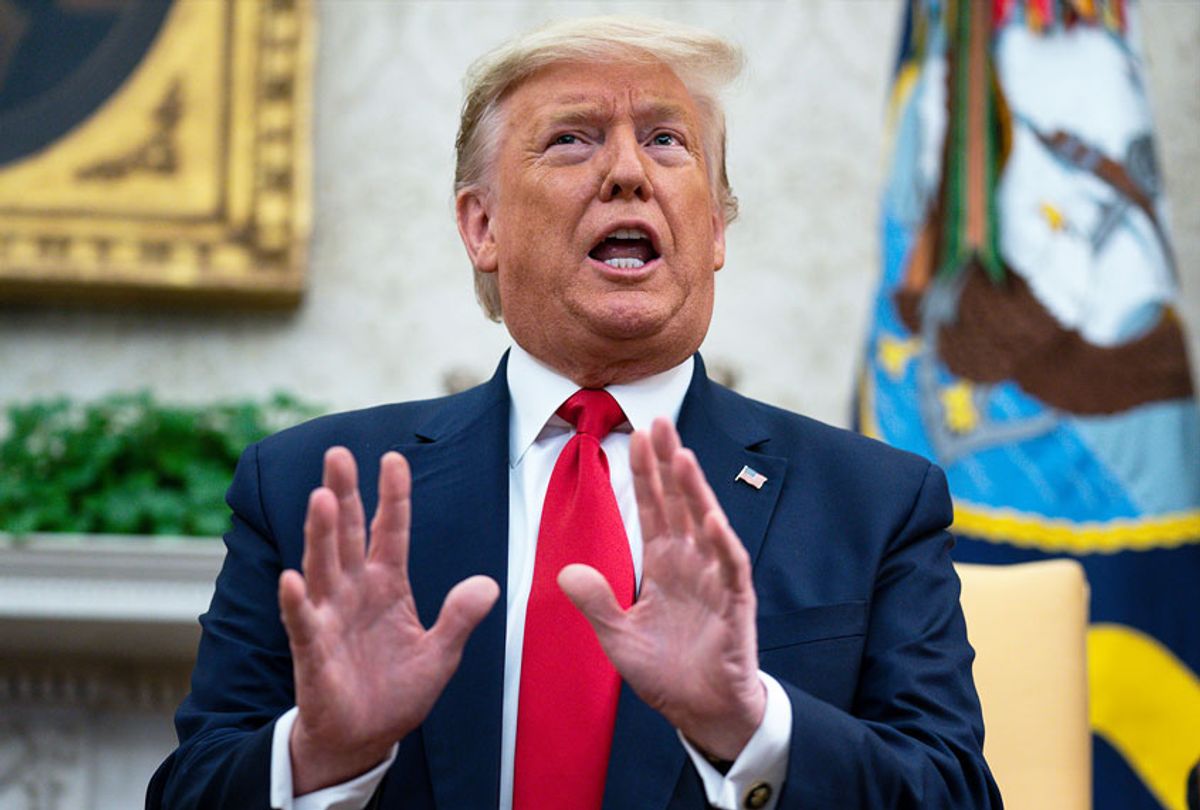 The family of a Republican donor who pleaded guilty to filing a false tax return gave more than $200,000 to President Donald Trump's re-election campaign before he was pardoned.

The White House announced Tuesday that Trump granted a full pardon to former Texas construction company owner Paul Pogue, who pleaded guilty to the charge in 2010. Pogue was sentenced to three years of probation and ordered to pay a $250,000 fine and more than $473,000 in restitution, according to The Associated Press.

The White House downplayed the charges against Pogue in a statement claiming that he agreed to plead guilty in the case in order to save the jobs of employees at his company. It added that the pardon was pushed for by Texas Attorney General Ken Paxton and former Sen. Rick Santorum, R-Penn., among others.

But it appears that the "cold hard cash did the talking," according to the The Daily Beast. The outlet cited FEC filings, which show that Pogue's family donated more than $200,000 in direct contributions and in-kind air travel to the Trump Victory Committee since August.

Pogue's son Ben donated $85,000 to the campaign committee in August, while Pogue's wife Ashleigh contributed $50,000 that same month. Ben Pogue made an in-kind air travel contribution of more than $75,000 the following month. The Pogues also donated the maximum $5,600 each to Trump's campaign and made "several large contributions" to the Republican National Committee, according to the report.

The contributions were far larger than the family gave to Republicans in the past. One of their biggest past contributions was an $11,000 donation to the 2016 presidential campaign of Santorum, who went on to lobby Trump for Pogue's pardon, according to The Philadelphia Inquirer. Pogue also contributed $10,000 to Paxton in 2015 and made another donation to his wife, state Sen. Angela Paxton, according to the AP.

Santorum told the Inquirer that he mentioned the case to Trump "in passing" and argued that the tax charge "sort of stunk."

"He paid 90% of his taxes," Santorum said. "It's not like he didn't pay taxes. He admitted he didn't pay it, because he thought he was paying too much. So he took a hit for it."

Santorum added, "I don't think I've ever pushed for a pardon for anyone. I generally don't do that."

The influx of donations from the Pogues was not the only campaign boost for Trump. Trump's pardon of Milken came after billionaire Nelson Petz, who made his fortune from Milken's illicit schemes, hosted the "most expensive" fundraiser since Trump took office, according to The Washington Post.

Petz held the fundraiser at his "palatial Palm Beach estate," requiring guests to contribute at $580,600 per couple to attend. The event, which took place just minutes from Trump's Mar-a-Lago resort, was estimated to have brought in more than $10 million for Trump's re-election committee.

Clemency for individuals tied to Trump's campaign fundraising drew accusations that his pardons "appear to be literally for sale."

CNN legal analyst Susan Hennessey noted that former President George W. Bush revoked a pardon for convicted fraudster Isaac Toussie when it was reported that his family donated more than $30,000 to Republicans — a much lower sum than Pogue's family contributed.

"There wasn't any evidence that Bush personally was aware of the donations, but he was so concerned with the mere perception that he would sell pardons to donors he hastily withdrew it," Hennessey tweeted. "Now, Trump openly sell pardons and people just shrug and say 'of course.'"