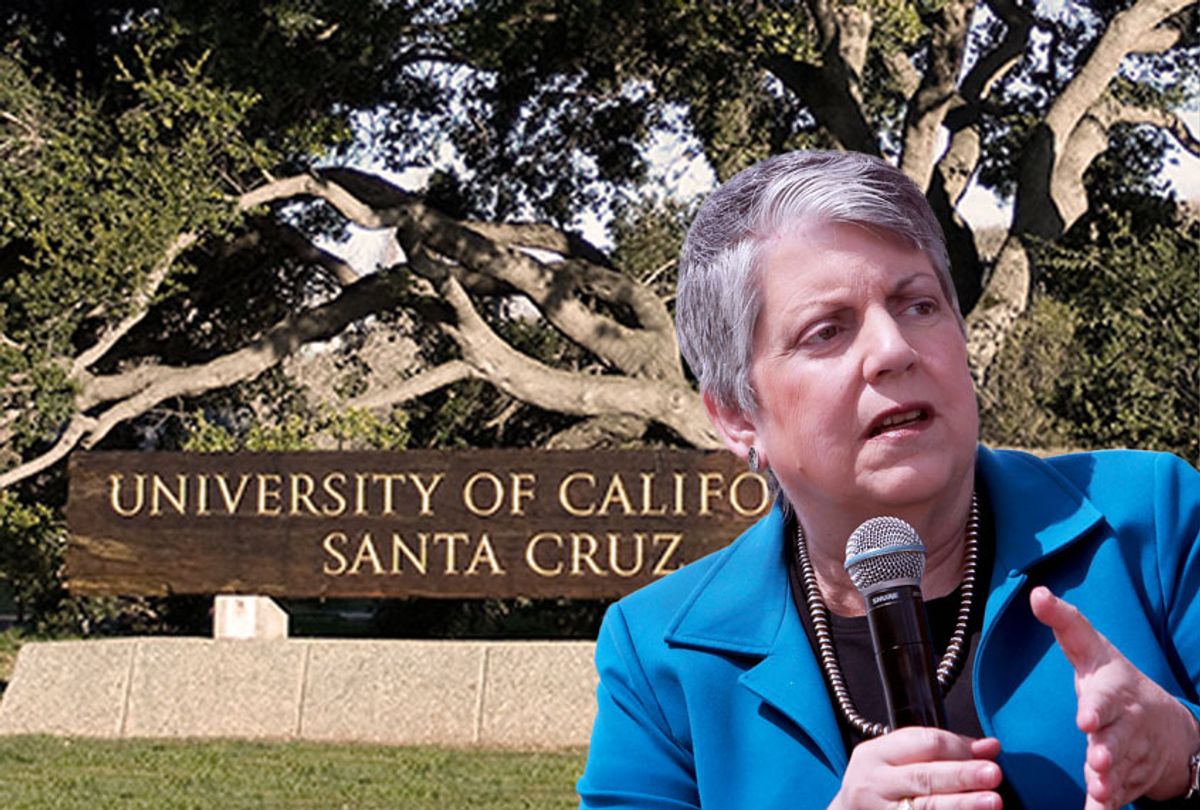 On Wednesday, graduate students at the University of California, Los Angeles (UCLA) participated in a sick-out, similar to what UCSC graduate students organized on January 22. On Twitter, UCLA grad students explained in a thread:

We at UCLA have had enough. Show up for your fellow grad workers by participating in a Cost of Living Adjustment (COLA) Sick-Out on Wednesday, Feb 19th.

What is this about?

UC President Napolitano is sending hundreds of cops and threatening to fire UCSC grad workers who have been striking for a living wage. The situation of grad workers at UCLA is no different. The UC runs on our labor, but UC apathy to our poverty makes us [sick]!

What is a Sick-Out?

A Sick-Out is when workers take one of their contractually provided sick days all together. Taking a sick day is your RIGHT as a graduate worker at UCLA under our contract. You do not need to provide evidence of an illness like a doctor's note."

How do I participate?

If you are a grad student: Send faculty and undergrads an email telling them you will not be teaching/having office hours/grading/attending lectures on Wednesday. Bring them to our rally instead!

Meanwhile, at the University of California, San Diego this week, grad students marched to demand a meeting with the university's administration to end their own rent-burden crisis.

These actions follow the publication of a letter from Janet Napolitano, president of the University of California and former Obama administration cabinet member, who oversees all ten campuses of the University of California university system. In a February 14th letter addressed to faculty, staff and students, Napolitano said "holding undergraduate grades hostage and refusing to carry out contracted teaching responsibilities is the wrong way to go."

"Therefore, participation in the wildcat strike will have consequences, up to and including the termination of existing employment at the University," Napolitano said. "We urge the striking TAs [teaching assistants] to turn in their grades and return to the classroom."

Napolitano added that the grad students "must honor their side of the bargain, just as the University must honor its commitments," and said the wildcat strike must end.

As Salon has previously reported, University of California's tutors, readers, Graduate Student Instructors and teaching assistants across all campuses are unionized with United Auto Workers (UAW) Local 2865. However, UC Santa Cruz workers turned to a wildcat strike out of exasperation over the incredible cost of living in the gentrified beach town. While the current statewide UAW Local 2865 contract has language regarding 3 percent wage increases annually, there is nothing in their contract specifying cost of living adjustments (COLA); notably, Santa Cruz is one of the most expensive small cities in the United States. UC Santa Cruz workers were particularly disappointed with leadership when the current contract was pushed through to approval in August 2018.

In December, UCSC graduate students began to demand $1,412 a month raise for all UCSC graduate students, under the auspices of alleviating their rent burden. Graduate student teaching assistants at UCSC make $2,434 before taxes for only nine months of the year. In some of California's more expensive cities — like Santa Cruz, Santa Barbara, Los Angeles and San Diego, all of which host UC campuses — students can easily pay more than 50 percent of their income on rent.

"Since I've moved to Santa Cruz I've had to move four times until I've found a place I feel safe in," Yulia Gilichinskaya, a fourth-year PhD student in Film & Digital Media told Salon in an interview earlier this month. "I pay over 70 percent of my paycheck in rent."

In last week's letter, Napolitano emphasized that the "wildcat strike by UC Santa Cruz TAs, where a number of TAs have withheld or deleted fall grades and are refusing to teach classes, is unauthorized and in direct violation of the existing collective bargaining agreement."

"To accede to the demands of a group of employees engaged in an unauthorized wildcat strike would undercut the very foundation of an agreement negotiated in good faith by the UAW and ratified by thousands of members across the system," Napolitano said.

Threats of termination have been especially worrisome to international students.

The Executive Board of the Council of UC Faculty Associations responded to Napolitano's letter on Wednesday dismissing the threat of punitive consequences.

"The graduate student demand for cost of living increases, begun in actions at UC Santa Cruz and now spreading across the system, is an acute response to unsustainable conditions," the statement said. "A punitive response to these actions, resulting in the dismissal of hundreds of Academic Student Employees, will disrupt the education of thousands of undergraduates and will make the work of many UCSC faculty difficult or impossible."