"Do I do research or pay rent?" Grad students in Santa Cruz start a wildcat strike 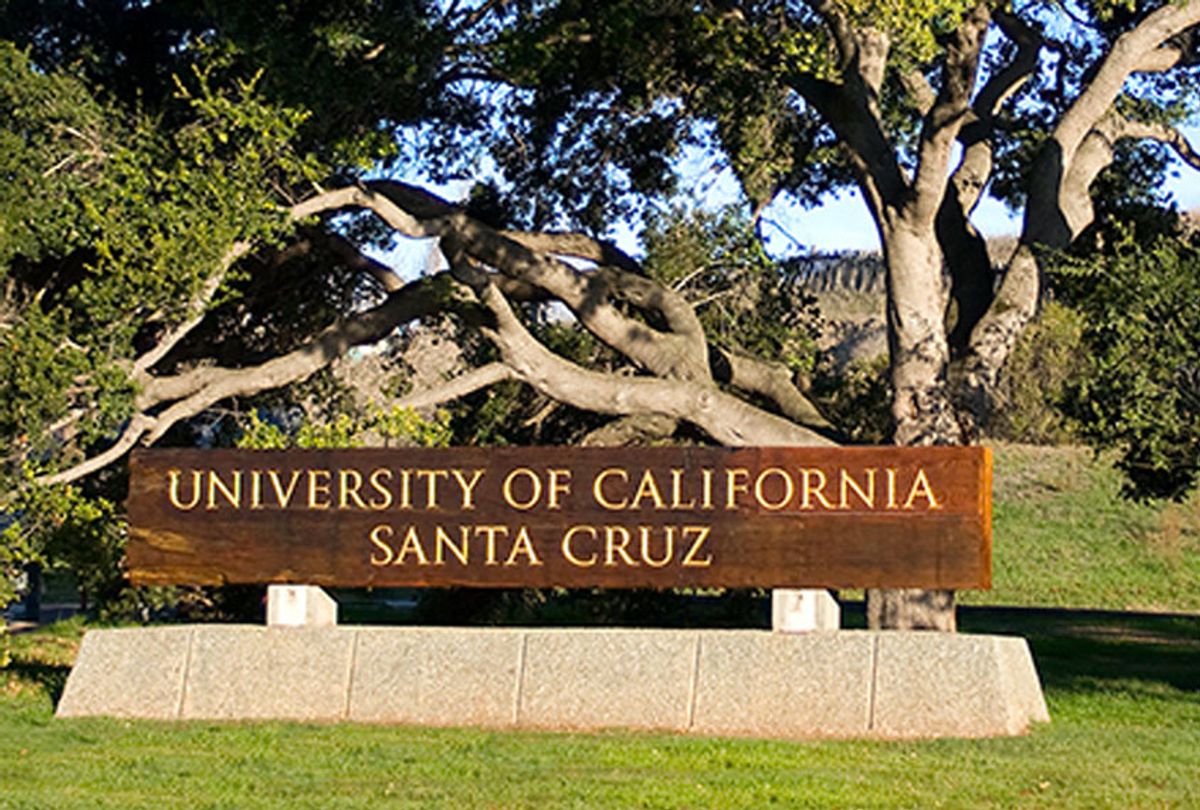 Jack Davies, a 29-year-old PhD student at the University of California, Santa Cruz, came to the United States excited to do research in the university's storied History of Consciousness program, but the high cost of living in Santa Cruz has kept him from his studies. On top of his dissertation research and teaching two 30-student undergraduate sections, Davies has the added burden of finding affordable housing in Santa Cruz — which is, by one measure, the most unaffordable housing market of any small metro area in the United States.

Davies has been forced to moved three times in the last two years. Graduate student teaching assistants at UCSC make $2,434 before taxes, for only nine months of the year. The average rental price of a one-bedroom apartment? $2,379 a month.

"My first house I was paying just under $1,000 each month and I was not permitted in the living room," Davies told Salon in an interview. "The I moved to another house where I was one of 200 applicants for the room. It had so many because it was really below market rate, $750."

He eventually had to move out because one of his roommate's partners was moving in. He currently is in a house sharing a room with someone, but is moving again in March.

"It's extremely difficult to do the exploratory research I'm supposed to do and to teach as well," Davies said. "It doesn't feel like the thing I came here for to have time to study."

Stories like these have caused UCSC graduate students to go on a wildcat strike, and withhold final grades for the fall quarter unless their demand for a Cost-of-Living Adjustment (COLA) is met. Specifically, they are demanding a $1,412 a month raise for all UCSC graduate students, to alleviate the rent burden.

Just within commuting distance of Silicon Valley, the beach town once known for the counterculture has become a symbol of the relentless gentrification of the once-Bohemian pockets of the Bay Area at the hands of the tech industry. University of California's tutors, readers, Graduate Student Instructors and teaching assistants across all campuses are unionized with UAW Local 2865, and strikes or threats of strikes are not uncommon; yet a wildcat strike is unusual. UC Santa Cruz workers say they turned to a wildcat strike out of frustration: the current statewide UAW Local 2865 contract has language regarding 3 percent wage increases annually, and there is no language about housing subsidies. UC Santa Cruz workers were disappointed with leadership when the current contract was pushed through to approval in August 2018.

Hence, starting in December, UCSC graduate students demanding the cost of living adjustment organized a series of events as part of the wildcat strike. Most recently, organizers led a sick-out day on Wednesday, Jan. 22, using one of their sick days to attend the Regents meeting in San Francisco.

In an email viewed by Salon, the Labor Relations UC Office of the President threatened that those participating in the sick-out would "forfeit pay," and said they could be subjected "to corrective action."

"Everything else is expensive too," Komori told Salon. "These are dismal conditions to learn in and to work in as a teacher."

"We haven't formally submitted a list of demands, but again this first action was in solidarity to let the university and community know we stand in solidarity with this COLA and it's affecting many of us as well," Salem said. "It's symptomatic of the rising gap between the income and cost of living; the university should be a place of refuge against this inequality and labor exploitation not accomplice."

Salem said that he's heard of students having to skip meals to save money, not being able to travel home to see their families, and more because the cost of living is just too expensive.

"As graduate students, one thing we are encouraged to do from the department is to take opportunities to present research," Salem said. "Having to go to a conference to do that costs money though, so people have to decide, 'will I present the research which will potentially advance my career [...] or will I pay rent and groceries?'"