"He knew I could get to the president," the GOP's Dana Rohrabacher admits 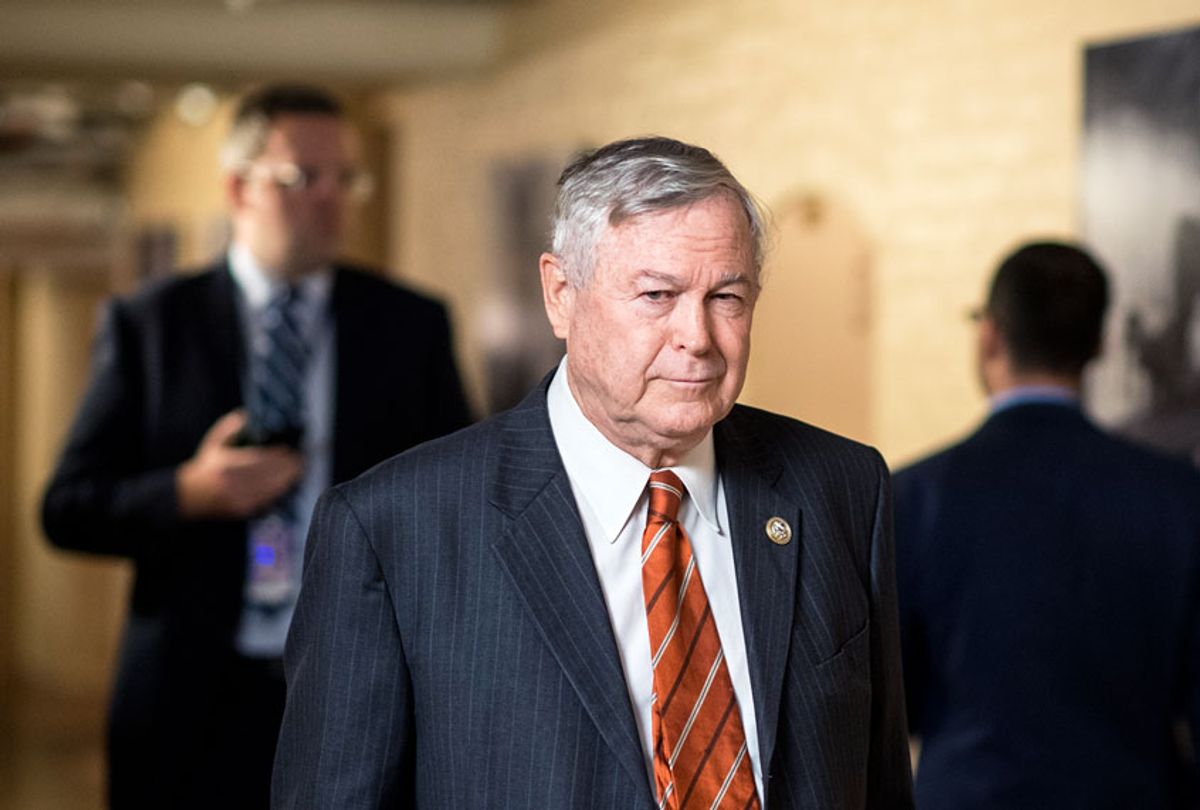 "He knew I could get to the president," the GOP's Dana Rohrabacher admits

Former Rep. Dana Rohrabacher, R-Calif., admitted that he offered WikiLeaks founder Julian Assange a presidential pardon in exchange for information proving that Russia was not the source of the stolen Democratic National Committee emails published by WikiLeaks.

"I spoke to Julian Assange and told him if he would provide evidence about who gave WikiLeaks the emails I would petition the president to give him a pardon," Rohrabacher revealed to Yahoo News. "He knew I could get to the president."

Rohrabacher told Yahoo's Michael Isikoff that he offered to petition President Donald Trump for a pardon in 2017 if Assange could provide proof that the source of the emails was instead Seth Rich — and not Russia. The slain former Democratic National Committee staffer is the subject of a debunked conspiracy theory pushed by the president's supporters.

Rohrabacher told the outlet that he discussed the offer with then-White House chief of staff John Kelly, though he was unable to bring the issue up with the president himself. Rohrabacher complained to The Intercept in 2018 that he was "blocked" by Kelly from speaking to Trump. He went on to lose his re-election bid in November 2018 after serving 30 years in Congress.

The offer was first revealed by Assange's attorneys during a pre-extradition hearing Wednesday in the U.K., where the WikiLeaks founder faces 18 charges, including conspiracy to hack government computers and violating espionage laws, which carry up to 175 years in prison, Reuters reported.

An attorney for Assange alleged that the president himself sent Rohrabacher to meet with the WikiLeaks founder in 2017 while he was still holed up at the Ecuadorian embassy in London. The attorneys claim that Assange should not be extradited to the U.S., because the charges against him are politically motivated.

"Mr. Rohrabacher going to see Mr. Assange and saying, on instructions from the president, he was offering a pardon or some other way out, if Mr. Assange . . . said Russia had nothing to do with the DNC leaks," Assange's attorneys said in a statement, according to The Daily Beast.

Rohrabacher initially denied the report, claiming that he never made an "offer" to Assange.

The former congressman repeatedly pushed Russian propaganda in the U.S. and was reported to have close links to the U.S. adversary just months after his meeting with Assange. House Minority Leader Kevin McCarthy, R-Calif., infamously joked to then-House Speaker Paul Ryan in a leaked audio recording that "there's two people I think Putin pays: Rohrabacher and Trump."

"The president barely knows Dana Rohrabacher other than he's an ex-congressman. He's never spoken to him on this subject or almost any subject," she claimed.

Despite every intelligence agency and subsequent investigation determining that Russian military operatives, many of whom were indicted in former special counsel Robert Mueller's investigation, hacked DNC servers, Rohrabacher still believes that Rich, who was killed in a robbery in Washington, was the real source of the stolen emails.

"Seth Rich's name came up a couple of times" during the Assange meeting, he told Yahoo, though he acknowledged that Assange never said Rich was involved. The conspiracy theory was stoked by WikiLeaks but was debunked by the Mueller report and police in Washington.

Yahoo News reported last year that the conspiracy theory that Rich was killed after stealing the emails was first pushed by Russian intelligence agencies and spread by Russian trolls on social media platforms.

Assange "implied falsely" that Rich was the source of the emails, the Mueller report said, in an effort "apparently designed to obscure" the actual source: Russian military intelligence officers.