Devin Nunes denies Russia is meddling to re-elect Trump: “Nobody is going to believe this garbage" 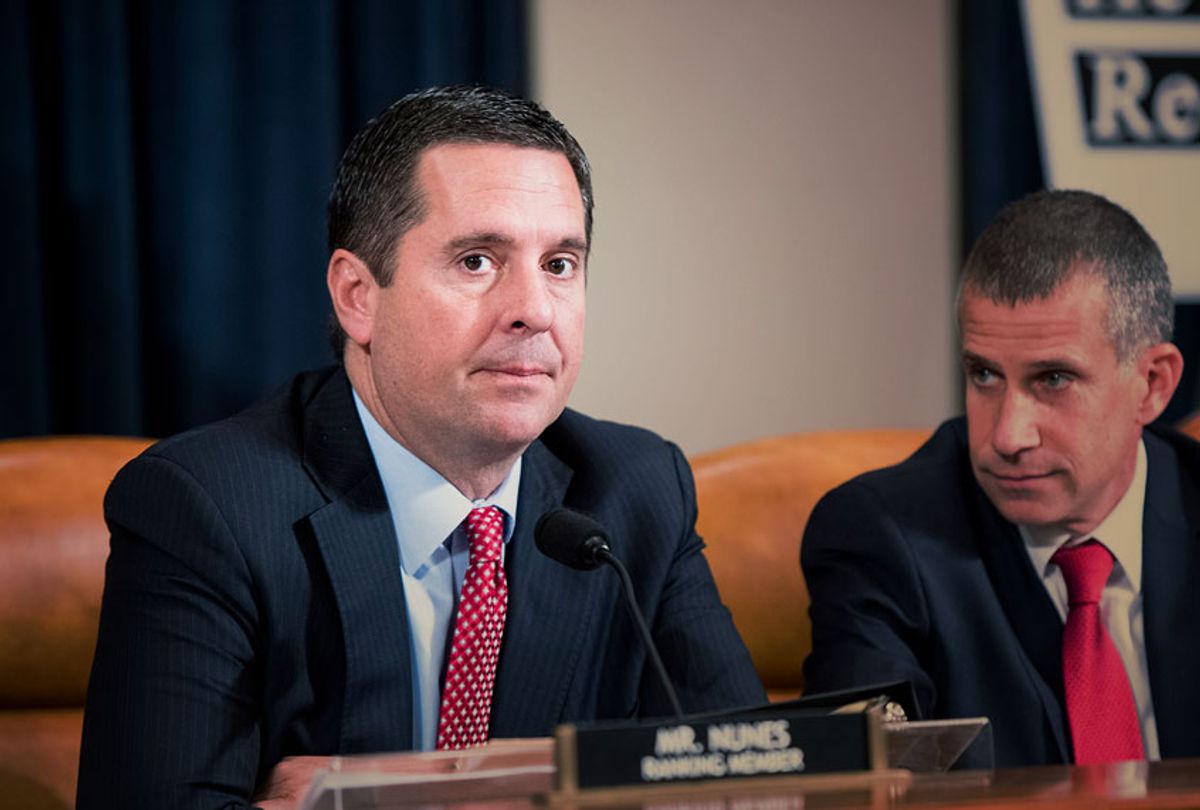 The top Republican on the House Intelligence Committee denied reports that Russia was intervening in the 2020 presidential campaign to support Donald Trump's reelection.

Rep. Devin Nunes (R-CA) was interviewed by Laura Ingraham on Fox News about the breaking news on Russia.

"A senior U.S. intelligence official told lawmakers last week that Russia wants to see President Trump reelected, viewing his administration as more favorable to the Kremlin's interests, according to people who were briefed on the comments," The Washington Post reportedThursday. "Trump learned about Pierson's remarks from Rep. Devin Nunes (Calif.), the committee's ranking Republican and a staunch Trump ally, said one person familiar with the matter."

The reporting was furthered by The New York Times.

"Intelligence officials warned House lawmakers last week that Russia was interfering in the 2020 campaign to try to get President Trump re-elected, five people familiar with the matter said, a disclosure to Congress that angered Mr. Trump, who complained that Democrats would use it against him," The Times reported.

But Nunes doesn't think the story has legs, after speaking with Fresno Republicans.

"I don't think anyone is buying it. I just left a big — a huge Republican dinner here in the San Joaquin Valley of California, President Trump was out yesterday, it was actually a joke tonight," Nunes said, while speaking in front of tractors.

"Nobody is going to believe this garbage," he predicted.