Want to punch a Nazi? Amazon's "Hunters" is the show for you 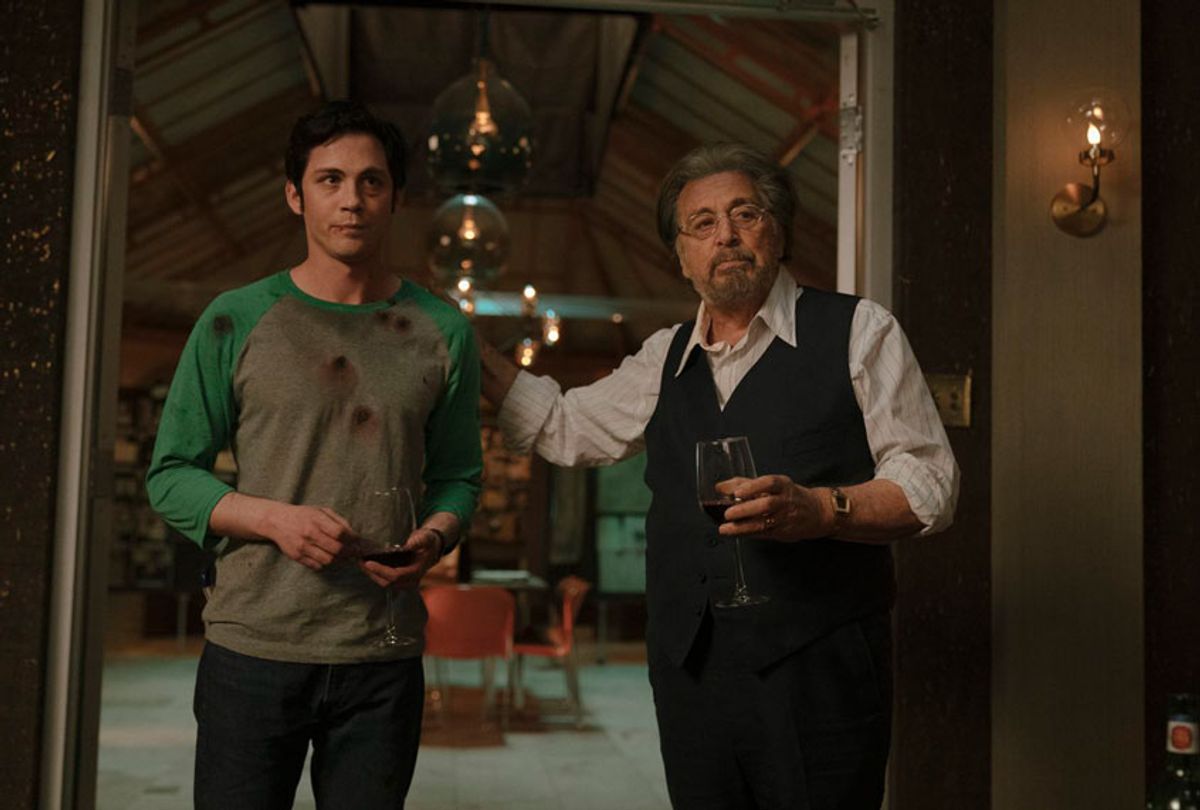 "Hunters" is a series very much of its time – which is to say our time. Never mind that the series is set in 1977 and follows the adventures of a Nazi-hunting team of vigilantes. It only takes an episode or two to understand that this is a show that is on multiple levels consciously made to cater to a 2020 audience.

Certainly the premise has an appeal, especially since we've passed that point of debating whether it's OK to punch a Nazi or denying that white supremacy is a serious threat to national security, not just in America but around the globe. A white supremacist has the president's ear and is shaping our viciously cruel immigration policy so yeah, people have feelings about that.

Serialized diversions serve the national psyche in many ways; this one acts as some kind of retro mirror and release valve for present-day tension cloaked in late '70s cinematic style and comic book-influenced storytelling. It's only natural to fantasize about some balancing force in the universe that exists to track down violent fascists and, you know, cross them off the list.

By calling "Hunters" "of its time," however, I'm also referring to its debut before a generation extensively marinated in the Marvel Cinematic Universe and, concurrently, "Star Wars" lore.  These references are fundamental to understanding why the new Amazon Prime series is likely to be a hit with a number of viewers despite valid critiques as to its derivative flourishes and storytelling structure. Schlock it may be, but it's schlock of the watchable variety.

Additionally its creators demonstrate cognizance of what Martin Scorsese characterizes as the "theme park" nature of franchise cinematic entertainment. "Hunter" works and is, in fact, pretty fun at times because it utilizes simplistic formulas we've seen play out over and over again in the "Avengers" films, throughout the "Batman" universe and, importantly, via the Skywalker saga.

These films and the accompanying comic books and series have hardwired our brains to understand that there are sinister, existential forces with a talent for finding loopholes in the law that they can exploit in their favor, if not mold to their advantage.

Against those forces, systems of law enforcement are powerless and, indeed, may be in on the con. And who can stand against those forces except for some ragtag group of misfits who find common cause – funded, naturally, by a very wealthy and justice-driven benefactor? This is the basic operational plot of "Hunters," and "Justice League," and every version of "Batman" there ever was, and you can go on and on.

And in the way of all successful franchise titles, "Hunters" has a couple of significant names to get people in the door.

Executive producer Jordan Peele's attachment is enough to entice people wowed by "Get Out" and "Key & Peele" before that to give "Hunters" a whirl, especially those willing to forgive the inscrutable "Us." He's far more of a known quantity than series creator David Weil, a complete newcomer to writing and producing, which will not go unnoticed.

But the main draw has to be series co-star Al Pacino, for whom "Hunters" represents the legend's first significant descent from cinema's Olympus into the verdant lowlands of television as a series regular instead of for a one-off part in some work made-for-TV awards bait or a miniseries.

Pacino's involvement might unreasonably raise expectations of what this show is supposed to be, too. After all, his equals in status are performing in premium cable prestige dramas, whereas in "Hunters" he's the unofficial boss of a crew that includes a nun with a gun and a background in British intelligence.

Jonah's powers, such as they are, rest in his legacy. He's your very average New York kid selling pot and getting beaten up by local thugs who rain racial slurs down on him. He's also the pride and joy of his safta (Hebrew for grandmother) Ruth (Jeannie Berlin), who is gunned down during a home invasion that occurs while Jonah is present but too late to stop.

Adding to Jonah's sense of powerlessness is the fact that the crime doesn't seem random or unsolvable despite what local police tell him – and Jonah's dogged insistence up on finding the killer brings him to the attention of Pacino's Meyer Offerman.

Ruth and Meyer are both Holocaust survivors and, as Jonah discovers, founding members of a team dedicated to tracking down Nazis who have secretly settled in the United States – there could be hundreds, thousands, even – and killing them.

Caught between the obvious bad guys and the good guys with questionable tactics is Jerrika Hinton's FBI Agent Millie Malone, who originally stumbles upon the "Nazis in the U.S." conspiracy as part of a case that puts her on Meyer's trail but soon enough places her and her loved ones in the crosshairs of Reich members concerned that she's getting too close.

The nature of the performances in "Hunters" are secondary to the hunt, with each episode bringing the antiheroes closer to what they believe to be their top quarry. And this lends substance to the idea that it's not to be taken too seriously. Jonah's visible struggle with whether the team's means of dispensing justice is right, and his internal struggles with the morality of vigilantism, is about as profound as the plot gets. Such moments are about the only opportunities Lerman is granted any sort of dramatic workout.

Pacino does a fine job and finds a lower volume in playing Meyer, and never is there any indication that this role might place him in the running for a Globe or an Emmy. All the performances are similarly serviceable; in fact, those that stand out the most are peripheral roles played by Dylan Baker, a figure in Jimmy Carter's administration, and Lena Olin, an elegant and sinister power player in this web.

Otherwise "Hunters" weighs the story more heavily on cinematic references – including, in one flashback, borrowing from what may be Steven Spielberg's most famous visual – than emotional resonance. By the standards of exploitation flick fans, that's probably suitable. (There's alson a "Saturday Night Fever" ode in there that's entertaining but may also lead you to ask aloud, "But . . . but why?")

Such viewers may appreciate the jauntily presented violence and frequent tributes to (or, depending on one's mood, rip-offs of) Quentin Tarantino. Those moments come off precisely as you'd expect of a series that literally has a nun, a Vietnam vet, four Jewish folks, a Black revolutionary, and a guy played by Ted from "How I Met Your Mother" delivering payback to Third Reich officers who tortured people in concentration camps. It's ridiculous, satisfying, jaw-droppingly savage, and oddly pleasurable, often all at the same time.

Original, however, is not a descriptor anyone would assign to "Hunters," even disregarding the many films from which it reverently borrows specifically because it can. These days, unique visions of heroism are hard to come by; besides, digesting the meaning of such works takes a lot of energy.

Comfort can also double as an invitation, and the best versions of each are blunt proposals, much like the one Meyer offers Jonah at his safta's funeral, right before Meyer decides whether the boy is worthy to join the elder's bloody, dangerous quest. "The Talmud is wrong: Living well is not the best revenge. You know what the best revenge is? Revenge."

Some would call that line hackneyed. Others, elegantly simple. Either way works – and somehow, in some respects, so does this show.

"Hunters" is available to stream now on Amazon Prime Video.