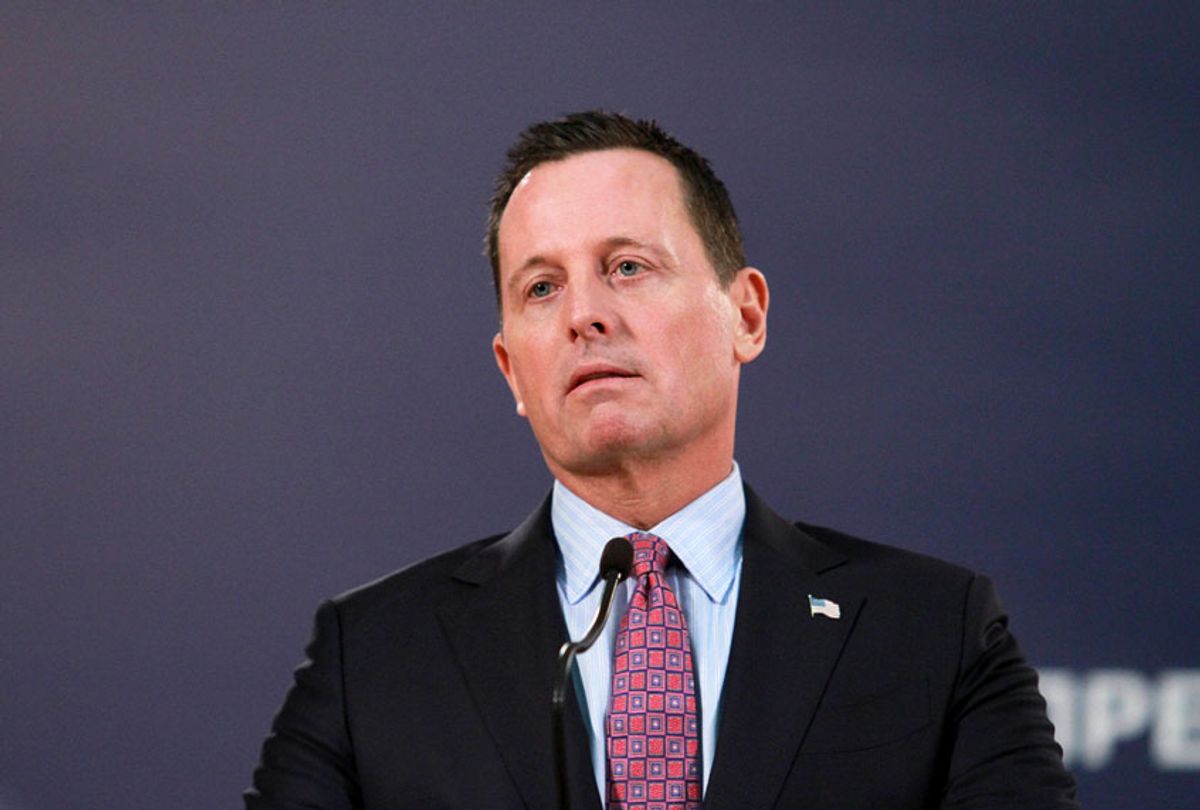 Sen. Susan Collins of Maine has had a long career in politics, and I'm sure she has many accomplishments that she's proud of. But I'm afraid she's going to be remembered for one thing and one thing only: Her declaration that President Trump had "learned his lesson" after his impeachment trial in the Senate. That would have been a ridiculous rationale for voting to acquit any president on the evidence in that case, but saying it about Trump was downright laughable. He has proved that every single day since the trial ended.

Right out of the box he vowed revenge. He attacked Sen. Mitt Romney, the one Republican who voted to convict him in the Senate trial, and then immediately set about firing witnesses who had testified against him, including the twin brother of Lt. Col. Alexander Vindman, for no apparent reason.

Trump has pushed the Senate Republican majority and the Department of Justice to help him exact his vengeance by investigating professionals who were involved in the Russia and Ukraine investigation. His apparent collusion with Attorney General Bill Barr to interfere in criminal cases has caused a near-insurrection within the Department of Justice.

This week Trump went on a pardon spree, freeing a list of people who had been convicted of corruption, sending yet another obvious message to those inside and outside the justice system that he is unencumbered by the rule of law. It remains to be seen if he will pardon his old pal Roger Stone, now that he's been sentenced to 40 months in prison. But if he has any fear that Stone has information to trade, you can be sure he'll do it.

That's just a partial list of "lessons" Trump has learned since the Senate failed to do its duty, and I'm sure I'm leaving some out. But the announcement on Thursday that Trump will name his ambassador to Germany, Richard Grenell, as the new acting director of national security may be the most shocking action of recent weeks.

Grenell is one of the most odious Trump toadies in the administration, and that's really saying something. Like so many others, he came to Trump's attention as a sharp-tongued Fox News personality. It's likely that Trump didn't know much about him other than the fact he was a big fan. That's all it takes. Truthfully, if he'd known Grenell's whole story he would like him even more.

Grenell held a few PR flak jobs in the government, working for the likes of John Bolton at the UN, where he was universally reviled. But he is best known as a Twitter troll, just like the president. He quit Romney's presidential campaign in 2012, where he'd been hired as a foreign policy spokesman, after his Twitter feed was revealed to be full of nasty comments. During the 2016 campaign, he got back in the game and really made a name for himself as a crude and vicious Trump supporter.

Needless to say, Trump loved it and gave him the plum job of U.S. ambassador to Berlin, where he immediately alienated everyone in sight. On his very first day on the job, referencing the fact that Trump had withdrawn from the Iran nuclear deal, Grenell tweeted that "Germans doing business in Iran should wind down operations immediately." Obviously he had no authority to dictate any such thing, and people in Germany were not amused, to say the least. Leaders of two German political parties have called him a "brat" and a "failure" and requested that he be withdrawn. No such luck.

Grenell has gone on to cultivate the far right in Germany and elsewhere in Europe, particularly Austrian chancellor Sebastian Kurz, the "boyish face" of his country's far-right government. Grenell told Breitbart that he wanted to "empower" Kurz and others like him in Europe, which exceeds the job description of ambassador just a wee bit.

Most recently, he was implicated in the baroque Ukraine scandal, and particularly in the side plot involving Lev Parnas and Ukrainian oligarch Dmytro Firtash. Parnas was reportedly instructed (perhaps by Rudy Giuliani) to ask Grenell for a heads-up if the Department of Justice decided to seek Firtash's extradition to the U.S. Grenell apparently agreed to do it, which was probably illegal.

Grenell's name has been floating all over the Trump administration for a while, mentioned as a possible national security adviser after Bolton's departure or a potential secretary of state if Mike Pompeo quits. He has no qualifications for any such posts, other than his personal fealty to Donald Trump.

The professionals in the intelligence community are reportedly very alarmed by Grenell's appointment, as they should be. The DNI oversees all the U.S. intelligence services and has access to all the most important capabilities and secrets. It is unclear whether Grenell even has a top-level security clearance or could qualify for one.

This appointment was announced as yet another "acting" assignment, which seems odd since an acting DNI, Joseph Maguire, was already in place. (He has filled the job since last August, when Dan Coats departed.) Administration sources have said that Grenell will only serve until Trump nominates someone for the permanent position, which would require Senate confirmation, and won't resign his position in Germany. So why put in another placeholder?

Late on Thursday, the Washington Post and the New York Times reported the answer: Trump wanted Maguire out immediately because his department had briefed the House Intelligence Committee last week and told members that the Russian government is once again interfering in the presidential campaign on Trump's behalf. As usual, Trump is livid that members of his administration actually performed their legal and constitutional duties, and is determined to punish those who did. He was especially angry that Intelligence Committee chair Adam Schiff, D-Calif., a major villain in Trump World, was given this information.

Aside from Maguire, the second-ranking official in the DNI's office, longtime intelligence professional Andrew Hallman, also announced his departure, leaving the top echelon without experienced leadership. But never fear, another Trumpian hack is on the way. According to Politico, hyper-partisan henchman Kash Patel, the former aide to Rep. Devin Nunes, R-Calif., who played an important role in House Republicans' attempts to discredit the Russia investigation, will come on board as "senior adviser" to Grenell.

It's clear that Trump has moved his most dedicated disciples into the DNI's office in order to prevent any more briefings on Russian interference on his behalf and to ensure that the intelligence community is brought to heel. Between this and Bill Barr's unlimited mandate to investigate the intelligence on election interference from 2016, one can assume that the purge of anyone Trump considers a threat within the intelligence agencies or the Justice Department is now in full effect.

So in a sense Susan Collins was right. Trump has learned his lesson: Only proven Trump loyalists will run national security and federal law enforcement from now on. What could possibly go wrong?