Asked about the rise of the far right, Mike Bloomberg told bankers, "The progressive movement is just as scary" 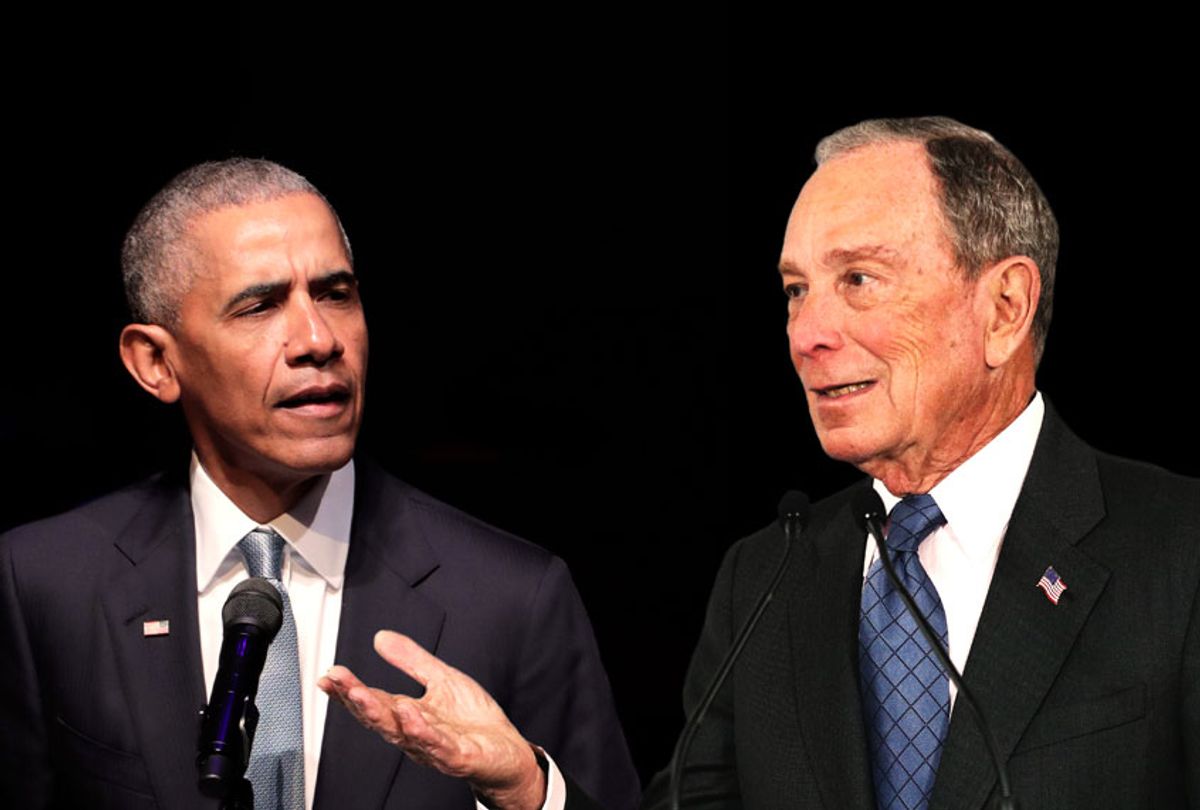 "These are my peeps," Bloomberg told the crowd of bankers at an event held at Yankee Stadium in June 2016. The audio was sent to CNN's K-File by a person claiming to be a longtime former Goldman Sachs employee. The Bloomberg campaign verified the audio and Goldman Sachs did not dispute that it was recorded at their event.

The source also uploaded the audio to SoundCloud using the username "CancelGoldman."

"I was a Managing Director in I.B.D. Strats at Goldman Sachs for 14 years," the user wrote. "The idea that Bloomberg will hold banks accountable or regulate us is utterly ludicrous."

Bloomberg kicked off his chummy remarks to the bankers by discussing his rumored 2016 presidential bid.

"Well, to start, my first campaign platform would be to defend the banks, and you know how well that's gonna sell in this country," Bloomberg told the crowd.

Bloomberg spokesman Stu Loeser told CNN that the line was a "joke," adding that he went on to say that wealthy Americans "need to break their addiction to cheap money that's exacerbating income inequality in America."

But Bloomberg defended banks extensively in his remarks.

"A healthy banking system that's going to take risks because that's what creates the jobs for everybody. And nobody's willing to say that," he said. "The trouble is, these campaigns in this day and age really are about slogans and not about issues anymore. And in this election you're going to see people are voting and they either love or hate, mostly hate both, but who you hate the least. That's what they're going to vote for. And they're not going to vote on issues."

Bloomberg also compared the rising progressive movement in the Democratic Party to the rise of the far right in Europe.

"The left is arising. The progressive movement is just as scary," he said. "Elizabeth Warren on one side. And whoever you want to pick on the Republicans on the right side?"

Bloomberg did warn the wealthy crowd that something had to be done about "this income inequality" but largely in the context of past anti-elite revolutions.

"Anytime we've had this before, society blows up and they do set up the guillotines and the guillotines don't have to chop your head off," he said. "They could be confiscatory taxes, they could be seizing the endowments of uh, educational institutions and um, philanthropic organizations, all of which, those proposals are out there. You know, you're going to have to do something about this income inequality, and a lot of it comes from zero interest rates."

Bloomberg also added that he believed 2012 Republican nominee Mitt Romney could have done a better job as president than Obama, adding that his 2012 endorsement of the president was "backhanded." Bloomberg did not endorse Obama in 2008 when he ran against the late Sen. John McCain.

"The second Obama election, I wrote a very backhanded endorsement of Obama," Bloomberg said. "Saying I thought he hadn't done the right thing ... hadn't been good at things that I think are important and Romney would be a better person at doing that. But Romney did not stick with the values that he had when he was governor of Massachusetts."

Loeser insisted to CNN that Bloomberg was "making an important point."

Since entering the Democratic race, Bloomberg's campaign has flooded the airwaves with ads attempting to depict him as an enthusiastic ally and supporter of Obama.

Bloomberg said in 2016 that he had lawyers in all 50 states get him on the ballot in 2016 as he prepared a third-party bid against Donald Trump and Clinton, but admitted that an independent candidate would have "no chance."

"It would have been a great job," he joked. "No, I mean, you think about it, you have Predators, and the Predators have missiles, and I have a list of everybody that's annoyed me or screwed me for the last 74 years, and bang-bang-bang-bang."

Loeser claimed to CNN that jokes about drone strikes were still funny all the way back in … 2016.

"Way back in 2016, when someone cracked wise about a president using military hardware to settle grudges, an audience would laugh," he said. "After three years of Donald Trump's daily drama, that might not seem so funny."

Bloomberg went on to discuss other issues, complaining that Congress was broken because it ended earmarking, which he described as a process that allowed parties to "bribe" their members.

"We've taken away some of that with these member items that used to be that Congress had a certain amount of money and they would bribe each legislator to vote for the important things," he said. "We got rid of that and now it's so fractured. It's hard to get anything through Congress."

He also complained about the "craziness of safe zones and triggers" on college campuses and defended his support for Sen. Pat Toomey, R-Pa., arguing that he disagreed with him on many issues but backed him on gun control.

Former Vice President Joe Biden's campaign said the comments, which came before Bloomberg registered as a Democrat in 2018, show that the billionaire is still a conservative at heart.

"Now we know that behind closed doors, Bloomberg described his last-minute endorsement of President Obama in 2012 as 'very backhanded' and said that he thought 'Romney would be a better person at doing' the 'things that I think are important.' Bloomberg may have changed his voter registration but he's still a Republican at heart," campaign spokesman Andrew Bates told CNN.

The audio comes as Bloomberg slides in the polls ahead of Tuesday's South Carolina debate following a disastrous performance at the Nevada debate last week. Bloomberg hopes to quiet critics by more forcefully attacking frontrunner Bernie Sanders, according to Politico, arguing that the former mayor offers better odds of defeating Trump in the Electoral College in November.

A FiveThirtyEight/Ipsos poll of South Carolina found that voters think Sanders has a better chance to defeat Trump than do Bloomberg or Biden. The poll also showed that every Democratic candidate has a net positive favorable rating except Bloomberg, who has by far the highest unfavorable rating at 43.9%.