The new series of interconnected stories will be set before the events of "Star Wars: The Phantom Menace" 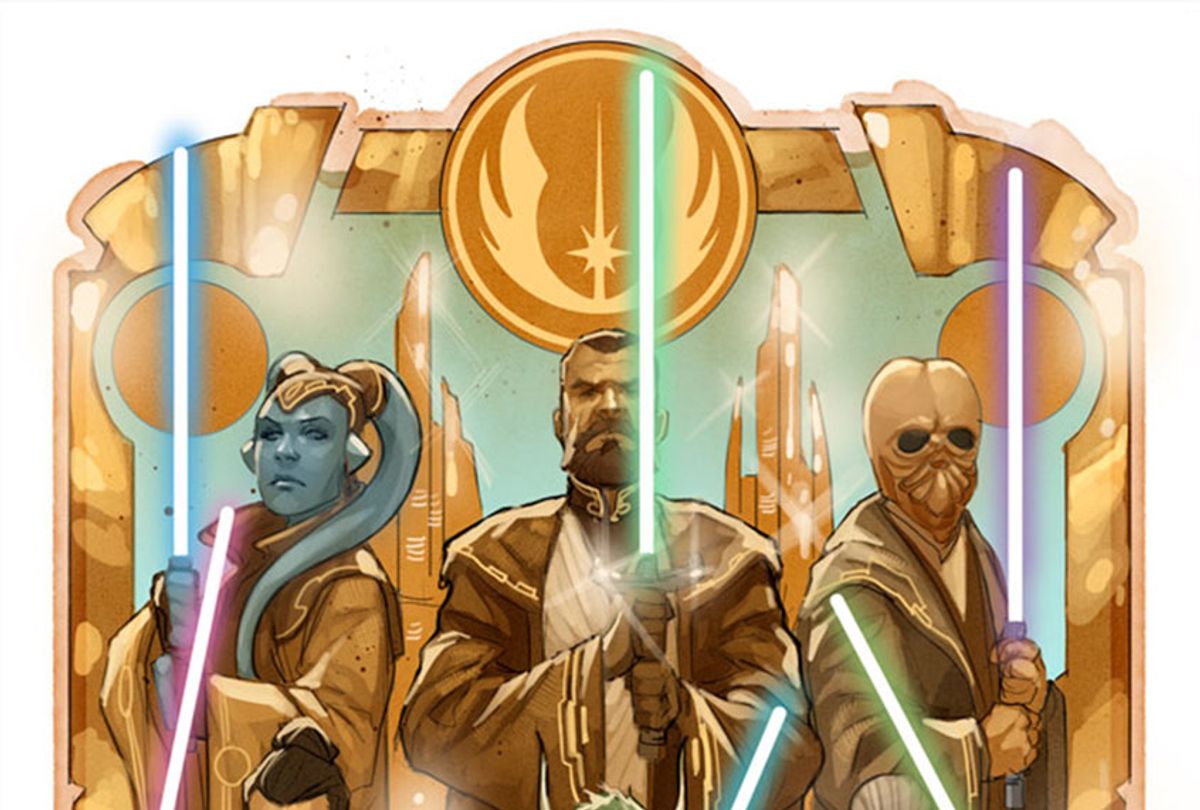 The Skywalker Saga may have come to an end, but there's a whole new world of Jedi stories coming to us from a galaxy not so far away. Lucasfilm announced Monday night that it will be launching its new project, "Star Wars: The High Republic," in August 2020. Previously known as Project Luminous, the series of interconnected comic books, adult and young adult novels, and children's books is expected to tell an epic story set before the events of the first film in the Skywalker Saga, 1999's "Star Wars: Episode I — The Phantom Menace."

Lucasfilm publishing creative director Michael Siglain explained in a statement that the new series "features the Jedi as we've always wanted to see them — as true guardians of peace and justice. This is a hopeful, optimistic time, when the Jedi and the Galactic Republic are at their height. But of course, into this glorious new era something wicked this way comes."

He added, "This initiative will give readers young and old a new corner of the galaxy to explore through rich, meaningful stories. Plus, readers will learn what scares the Jedi."

The "High Republic" trailer seen below that accompanied the announcement opens with shots from the nine movies in the Skywalker Saga (the three trilogies of movies released between 1977 and 2019), then transitions into interviews with the authors and other creative personnel behind the new series. The writers explain that they saw potential for telling new stories in the period that Jedi Knight Obi-Wan Kenobi (Sir Alec Guinness) described in "Star Wars: A New Hope" as one in which "for over a thousand generations, the Jedi Knights were the guardians of peace and justice." They also discuss how Iain McCaig, the artist who designed Darth Maul in "The Phantom Menace," helped figure out the look of the Jedi characters in the new stories.

The trailer reveals that the main villain will be a group called the Nihil, which are described as the equivalent of "space vikings." The "High Republic" narrative will begin with what is dubbed "the Great Disaster" and will focus on the question of what scares the Jedi, among other themes. It will include a core group of Jedi heroes, analogous to the Arthurian Knights of the Round Table, who will emerge to fight the Nihil and establish order throughout the Republic. The writers added that at that point the galaxy will have a "Wild West" quality to it, particularly in areas not controlled by the Republic, and that there will also be stories about new smugglers, scoundrels and bounty hunters.

While not much is known about individual characters, the early production designs may yield some clues. One of the characters appears to be a Chagrian, a blue-skinned species with thick fleshy tendrils descending from its head that are tipped with horns. Another may be a Bith, which has a large bulbous pale beige head with black eyes and a complicated mouth. The Chagrians were first introduced in "The Phantom Menace" while the Bith were revealed in the iconic Mos Eisley cantina scene from "A New Hope."

Early literature released in the "High Republic" series will include a young adult novel called "Into the Dark" by Claudia Gray, a middle grade novel called "A Test of Courage" by Justina Ireland, an adult novel called "Light of the Jedi" by Charles Soule, and comic book series published with IDW Publishing and Marvel.

Watch the full announcement for "Star Wars: The High Republic" below: