Turns out Uber and Lyft rides are not eco-friendly at all: study

A "typical" ride-sharing ride is "about 69 percent more polluting than the trips it replaces," researchers say 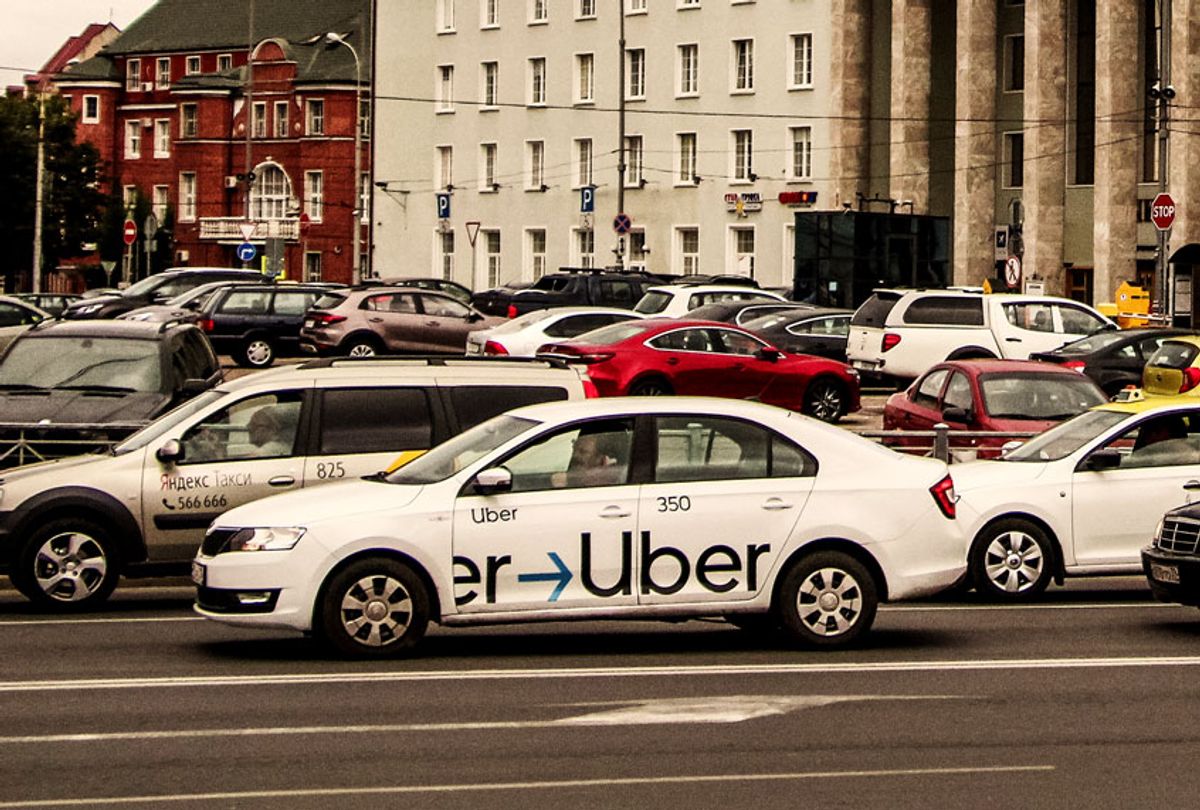 It's been well-documented that the popularization of ride-share companies like Uber and Lyft have contributed to increased traffic congestion and lower transit ridership in cities, but until now it had been unclear if ride-sharing was actually eco-friendly as its boosters claim.

Now, a new report published by the Union of Concerned Scientists (UCS) debunks the common belief that taking an Uber or Lyft is better for the environment merely because a car-ride is being shared.

Rather, researchers at the U.S.-based nonprofit science advocacy organization found that a "ride-hailing trips today result in an estimated 69 percent more climate pollution on average than the trips they displace."

How can that be? According to the report, ride-sharing is carbon-intensive for two reasons.

First, consider all that time spent driving with no passengers in-between rides; hence, "a typical ride-hailing trip is more polluting than a trip in a personal car, mainly as a result of 'deadheading'— the miles a ride-hailing vehicle travels without a passenger between hired rides," the report explains.

The second reason relates to how ride-sharing is not used merely as a substitute, but often as a supplement. "Ride-hailing is not just replacing personal car trips; instead, it is increasing the total number of car trips," the paper states.

The organization makes the argument that without Uber and Lyft, citizens would be more inclined to take mass transit, walk, bike or forgo a trip entirely. While they recommend electrifying ride-share rides, the researchers say that will not be enough to offset the impact of the ride-sharing duopoly companies.

"For ride-hailing to contribute to better climate and congestion outcomes, trips must be pooled and electric, displace single-occupancy car trips more often, and encourage low-emissions modes such as mass transit, biking, and walking."

The researchers emphasize that governments, not the private sector, must provide the public with low-carbon transportation options.

"Governments must provide the public with access to high-quality, multimodal transportation choices, prioritize the movement of people over cars, and ensure that all modes reduce pollution," the researchers state. "They must adapt the rules of the road—for ride-hailing companies, mass transit, and other road users—to ensure access for everyone to safe, equitable, efficient transportation."

The researchers also state that "conscientious consumers can help, by making smart trip choices that lessen emissions and traffic congestion and by encouraging companies to offer cleaner options."

One example would be to opt to take a carpool ride, an option offered by both companies in certain metro regions. According to the report, a private "non-pooled ride-hailing trip generates about 47 percent greater emissions" than the average private car trip.

Interestingly, taxis are not responsible for nearly as much pollution as ride-shares, in part due to regulation, researchers say.

"Notably, cities have regulated taxis for decades," the researchers explain in the report. "Most cities limit the number of taxis and require wheelchair-accessible vehicles; some have persuaded taxi owners to move toward hybrid vehicles."

"In contrast, ride-hailing regulations are very much a work in progress, even as numbers of ride-hailing trips vastly surpass taxi trips in US cities," the researchers add.

Certainly any proposals made by either Lyft or Uber to curb carbon emissions won't be a solution to the underlying problem that made these companies popular in the first place: convenience. Many consumers who can afford it will opt for the fastest transit option, which is frequently an Uber or Lyft instead of public transportation or walking — particularly in suburbs where the latter options are not feasible.

This isn't the first report of its kind to suggest ride-share apps are contributing to the climate crisis. In 2019, data compiled by Euromonitor for European research and campaign group Transport & Environment found a correlation between the rise in ride-share drivers in European cities and a rise in levels of air pollution.

"The rapid increase in ride-hailing services such as Uber means that door-to-door services have a disproportionate impact on traffic, CO2 and air pollution emission," the report stated.

Notably, air pollution worsened in the United States between 2017 and 2018.

According to The Verge, Lyft dismissed the UCS report as misleading. Uber emphasized it wants to be "a part of the solution to address climate change."