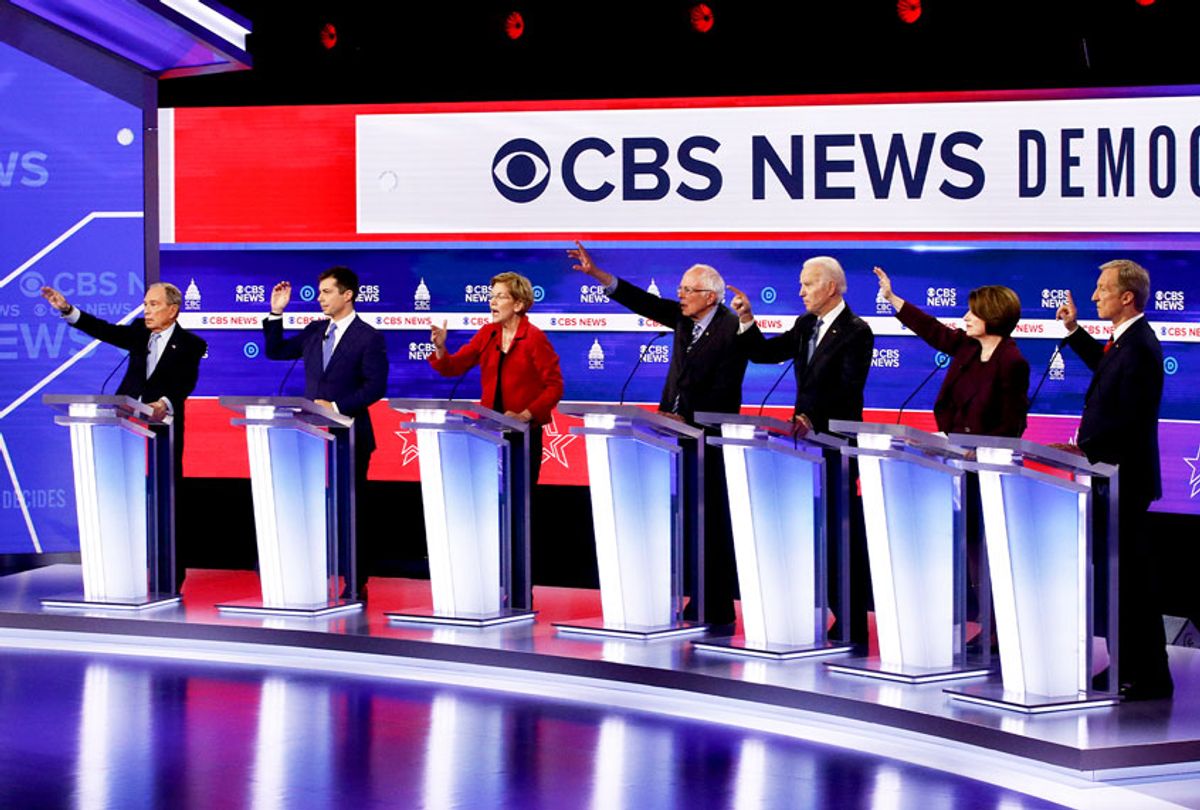 Journalists and other observers pointed to local reporting from Feb. 6 on the Charleston County Democratic Party's offer of a $1,750 to $3,200 sponsorship package that included tickets to the Charleston debate and other events.

"Most working people that I know don't spend $1,700 to get a ticket to a debate."
—Sen. Bernie Sanders

"This is something that the average person doesn't usually get to go to," Colleen Condon, chair of the Charleston County Democratic Party, told local television news station WCSC-TV.

Citing party officials, the outlet reported that "tickets are handed out to organizers like the Democratic National Committee, CBS, Twitter, and the Black Caucus Institute. Then, they are first given to paid sponsors and handed to campaigns to pass out extras."

Critics argued that the prohibitively high price of admission may help explain why the crowd appeared more favorable toward Bloomberg—who will not even be on the ballot in South Carolina's primary Saturday—and loudly antagonistic toward Sanders and Warren, who were both booed and heckled on several occasions.

Sanders was booed for highlighting Bloomberg's "strong and enthusiastic base of support" among fellow billionaires:

Warren was booed and jeered for pointing to inappropriate comments Bloomberg allegedly made to women employees:

Asked about the crowd's behavior in an interview following the debate, Sanders said "to get a ticket to the debate, you had to be fairly wealthy."

"Most working people that I know don't spend $1,700 to get a ticket to a debate," Sanders said.

The Bloomberg campaign denied that it stacked the audience with paid supporters amid rampant social media speculation that the billionaire "purchased" a portion of the crowd to create the appearance of a strong performance following his poor showing in Las Vegas last week.

"One might be forgiven for being somewhat skeptical that those attendees hadn't been paid by the Bloomberg campaign for their presence and energy," wrote the Washington Post's Philip Bump. "This is a campaign, after all, that paid Instagram influencers to bolster his candidacy. The campaign paying people to send regular text messages to their friends promoting Bloomberg's candidacy.

Xochitl Hinojosa, a spokesperson for the Democratic National Committee tweeted that "the tickets were divided up between the DNC, campaigns (with equal allocation), SC Dem Party, CBCI, CBS, and Twitter."

"We invited local and community leaders, and DNC supporters," Hinojosa added. "This is the most diverse audience."

Charging exorbitant prices for debate tickets is hardly an abnormal practice, as the New York Times reported late Wednesday. But the commonality of the practice did not make it any less contemptible to critics.

"I think it speaks to the fundamental, endemic corruption of the Democratic Party establishment that you had to pay—and this is according to reporting, local reporting on the ground—multiple thousands of dollars to get into that room," HillTV's Krystal Ball said in an appearance on CNN Wednesday morning.

"I can't think of a better case to be made for Bernie Sanders and his desire to be an existential threat to that established order that you have a party that claims to be the party of the people, party that claims they want to get money out of politics, and yet on something so trivial, they stack the room with their donors," Ball added. "I think that that's disgusting and I think its important. And it's not whining. It's pointing out why Bernie Sanders is so appealing to so many people."