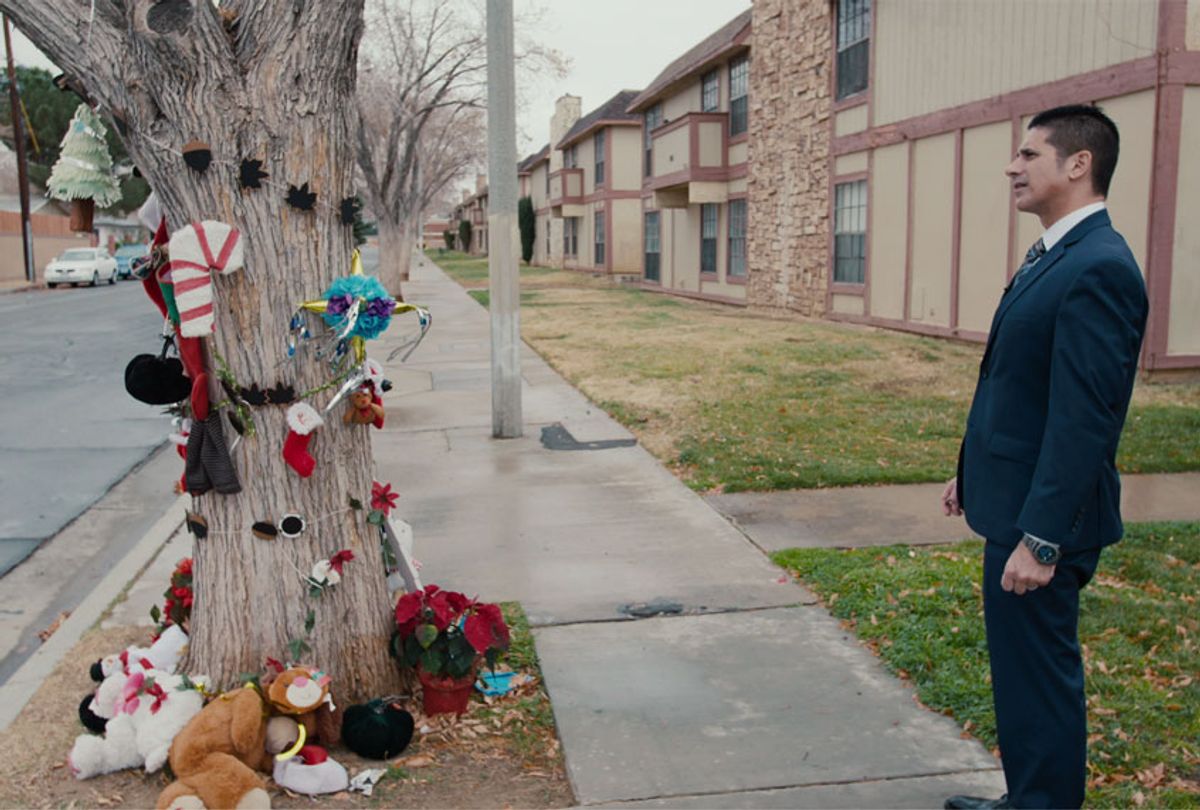 The Trials of Gabriel Fernandez (Netflix)
--

"The Trials of Gabriel Fernandez," a new Netflix docuseries, investigates the horrifying case of how Gabriel, an 8-year-old boy, was brutally abused and eventually murdered by his mother and her boyfriend in 2013. The abuse was habitual and — despite multiple complaints by his teacher and several subsequent visits from social workers and law enforcement officials — went completely unchecked by Los Angeles Child Protective Services.

The six-part series is one of the most difficult-to-watch documentary projects I've ever come across. That said, the producers took great care in presenting more than just the abuses – detailing Gabriel's life, as well as the systemic failures that led to his murder. I spoke with Los Angeles Times journalist Garrett Therolf (also a producer on the project), whose reporting served as a springboard for director /executive producer Brian Knappenberger's filming.

It all began with Therolf, now a reporter for UC Berkeley's Investigative Reporting Program, who exhaustively covered Gabriel's death for the Times, and through his investigation came across some disheartening statistics.

As he wrote in a 2018 story for the Atlantic, "At the Los Angeles County Department of Children and Family Services, administrators had a well-worn routine they followed anytime a child died, or came close to dying, at the hands of a parent or guardian — something that typically happened at least a couple of times a month."

This idea that children were killed by guardians with that level of frequency was jarring, Therolf said.

"You know, we have made really important advances in the way that police and prosecutors and everyone else responds to reports of domestic violence among adults," Therolf said. "But those protections have not been extended to children."

While reporting on the case — but before Gabriel's mother, Pearl Fernandez, and her boyfriend, Isauro Aguirre, went on trial — Therolf realized that there would be value in documenting the court proceedings on video. That's when he was connected with Knappenberger, a documentarian known for past projects like "The Internet's Own Boy: The Story of Aaron Swartz" and "We Are Legion: The Story of the Hacktivists."

"Brian agreed to meet with me and then and then agreed to start meeting some of the people who were at the center of the story," Therolf said. "Based on those experiences, I knew that if Brian and I were able to do this together, the story was going to be in good hands with him."

"We were listening to the testimony of first responders, and it was just so powerful and so moving," he said. "I'd heard of Gabriel's story before when it broken the L.A. Times, but I didn't quite understand how intense it was."

Knappenberger listened as person after person, many of whom had worked as first for 20-plus years as first responders, said that the Gabriel Fernandez call was one of the most disturbing runs they'd ever had to make.

At that point, the case really extends out beyond Gabriel, Pearl, and Isauro. Gabriel had been the victim of consistent abuse for years. He had bruises and cuts all over his body; he had two indentations in his skull from where he had been hit; he was kept locked in a cupboard in his mother's room. When his autopsy was performed, investigators found that the only "food" in his stomach was cat litter.

For the first time, L.A. County prosecutors filed criminal charges against the social workers who left Gabriel in the home with his Pearl and Isauro; but the case is even bigger than them. Blame for Gabriel's death, Knappenberger and Therolf argue, extends as far as the L.A. Board of Supervisors and the Los Angeles Department of Children and Family Services (DCFS) — both of which declined to participate in this documentary.

"I mean, look, nobody listened to Gabriel when he was alive," Knappenberger said. "And after his death, it became one of the biggest cases of its kind of an entire generation. It created the biggest overhaul of DCFS since the department's founding in the '80s. Congresswoman Karen Bass says in our series that it shook L.A. County to its core."

Jonathan Hatami is the Los Angeles County deputy district attorney. He prosecuted Pearl and Isauro, and is a major voice in "The Trials of Gabriel Fernandez."

According to Hatami, the case made him think differently about the structures in place that are meant to protect vulnerable children.

"Going through the case, seeing so many missed opportunities by all sorts of governmental agencies, — I think I even told Brian, I don't think I've ever seen a case even similar to Gabriel's," Hatami said. "[It] made me question a lot of things regarding governmental agencies that are meant to protect children, during my watch on Los Angeles county."

But "The Trials of Gabriel Fernandez" isn't just an exercise in giving voice to a child who was voiceless for his entire life — or even a true criminal justice docuseries meant to call to account the systemic failures that led to Gabriel's death. Hatami, Knappenberger, and Therolf all hope that in telling Gabriel's story to a wider audience, viewers will be inspired to find ways to help at-risk youth in their communities.

"There are some really great organizations that look after the welfare of kids," Knappenberger said. "The foster care system always needs help and volunteers, and there's CASA, or court-appointed special advocates."

Knappenberger also said he hopes the series will spark viewers towards additional engagement with local government.

"People forget there's a local government that's making a lot of these decisions," he said. And those people should be held to account to keep other children from suffering like Gabriel Fernandez.

The series concludes with a title screen that reads: "If you suspect a child is being abused, call your local child abuse hotline."

Hatami says that is one of the most basic — but one of the most important — ways that viewers can assist vulnerable youth. "I think that people have to really think about what it means when you say, 'When you see something, say something,'" Hatami said.

"The Trials of Gabriel Fernandez" is currently streaming on Netflix.