"He may be subject to potential civil and criminal liability, as well as vulnerable to blackmail," Schumer says 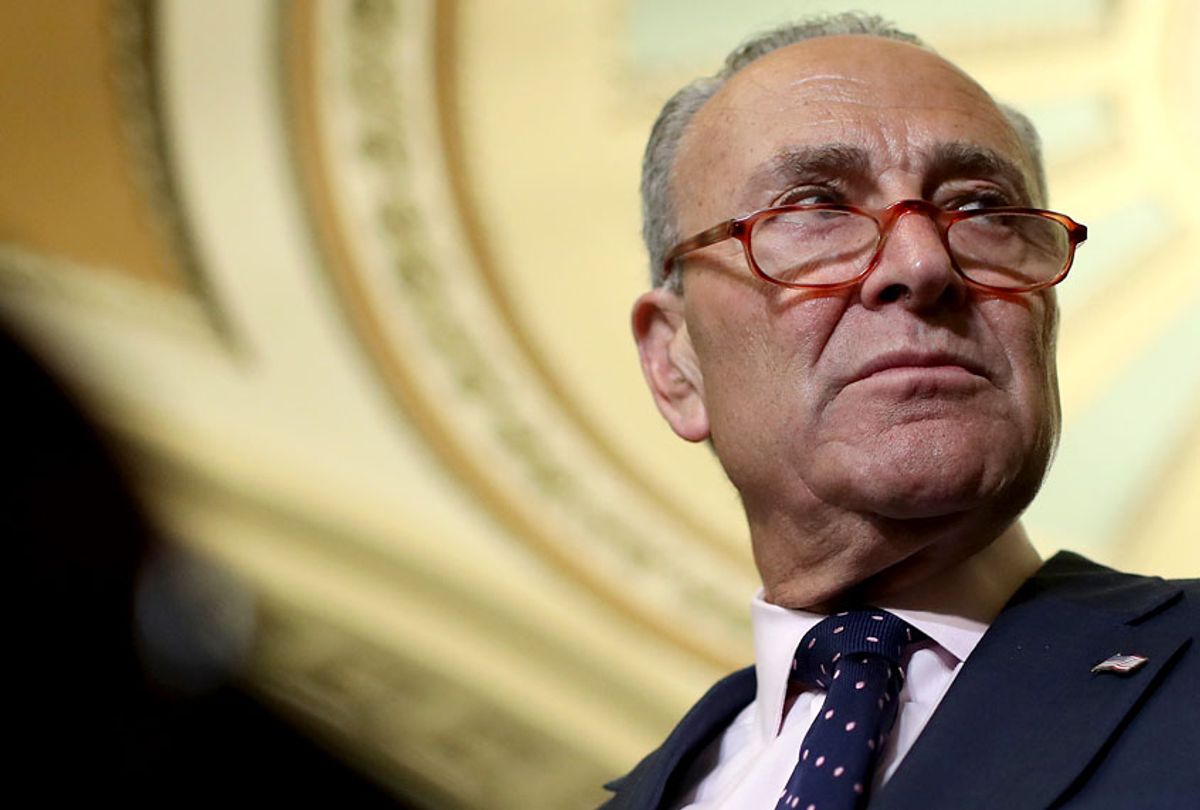 Senate Minority Leader Chuck Schumer, D-N.Y., called for the Department of Justice to probe President Donald Trump's new intelligence chief Richard Grenell, because he "may have misled Congress" about his work for foreign clients.

Schumer called on John Demers, the assistant attorney general for national security, to investigate why Grenell failed to register as a foreign agent while working on behalf of the Hungarian government and a politician in Moldova.

"If the reports regarding the nature of Mr. Grenell's undisclosed work with foreign entities are accurate, he may be subject to potential civil and criminal liability, as well as vulnerable to blackmail in his new position in the Intelligence Community," Schumer said in the letter to Demers. "Any illegal activity would obviously disqualify him from serving as the director of national intelligence or in any position of public trust."

Trump appointed Grenell, who also serves as the U.S. ambassador to Germany, to be his acting director of national intelligence last week, even though he has no background in intelligence. Grenell replaced former intelligence chief Joseph Maguire, who reportedly drew Trump's ire after an intelligence briefing said Russia would try to help the president in the 2020 election.

Grenell was pressed on his foreign work before he was confirmed to his ambassador position in 2018.

"I understand that you have written many articles and op-eds over the past eight years on foreign policy issues, including with respect to Moldova," Sen. Ben Cardin, D-Md., asked Grenell. "Did you receive any payment or any other form of compensation for your writings on Moldova? . . . Did anyone request or direct you to write op-eds on Moldova?"

Grenell answered "no" to both of Cardin's questions, claiming that he "did not receive any compensation for" the op-eds.

"The op-eds that you are referring to — like all of the op-eds that I have written or the personal opinions I have expressed publicly — reflect my informed views and ideas and not anyone else's," Grenell said.

But ProPublica reported after his appointment last week that Grenell failed to disclose that he was paid to write op-eds in support of Moldovan oligarch Vladimir Plahotniuc, who was barred by the State Department last month from entering the U.S. under anti-corruption sanctions.

"There is real reason to believe that Mr. Grenell should have registered here," Matthew Sanderson, a lawyer who deals with Foreign Agent Registration Act (FARA) filings, told ProPublica. "This is exactly the type of circumstances I'd expect the Department of Justice to investigate further."

Grenell's attorney denied that he was paid, even though FARA applied to unpaid work on behalf of foreign governments or entities, as well.

The Washington Post reported two days later that Grenell likely had to register with the Justice Department for his work for a nonprofit funded by the Hungarian government led by far-right Prime Minister Viktor Orban. Grenell attorney Craig Engle denied that the work he did required registering with the DOJ.

Grenell previously boasted on his personal website that he also represented clients from Iran, China, Somalia and Kazakhstan.

"Grenell has not registered to represent clients in any of those countries," Mother Jones reported.

"Mr. Grenell may have misled Congress during his confirmation hearing to be U.S. ambassador to Germany when asked about his writing on foreign policy and any compensation he received for his work related to Moldova," Schumer said in his letter to the Justice Department.

It is unclear whether the department will pursue an investigation.