From "Love Is Blind" to "The Circle," the new breed of reality TV reformulates how we connect

Technology has forever changed how we communicate, and the new breed of reality shows are trying to puzzle it out 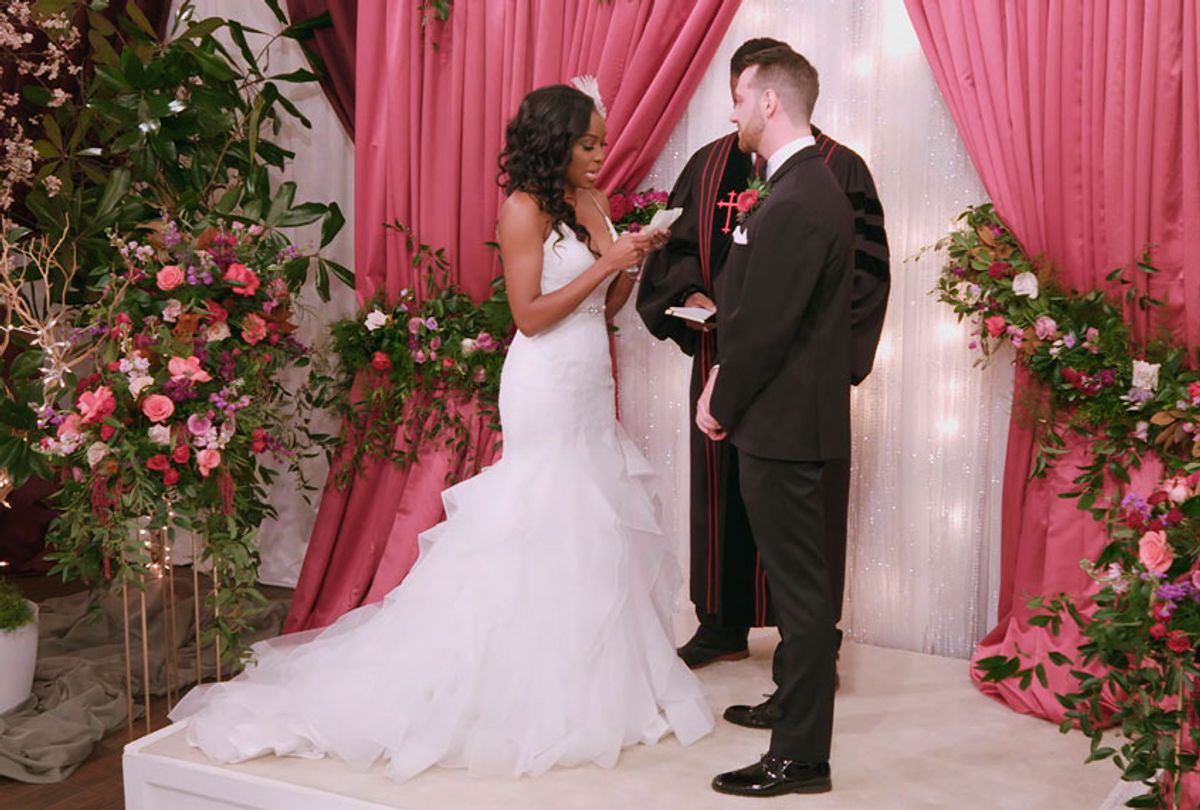 The following contains a general discussion of "Love Is Blind," "The Circle," "Love Island," and Flirty Dancing," but not any explicit spoilers

Netflix's reality series "Love Is Blind" offers the finest in trashy, train-wreck TV. And with the release of its highly anticipated finale Thursday in which not just one, not two, but three people are jilted at the altar, there's really no denying it. May it forever live in our schadenfreude-laden hearts.

Reality shows have been around for decades but lately have enjoyed a resurgence in popularity, albeit adjusted for the times. Heartwarming self-improvement shows ("Queer Eye," "Tidying Up") are needed more than ever in this age of self-care, while the competition series have taken on a wackier, more ridiculous bent ("The Masked Singer," "Holey Moley") to balance out the cutthroat antics of the old guard like "Survivor" and "Big Brother."

But "Love Is Blind" joins a new breed of reality show – most of them of the dating/romance variety – that hold a particular fascination for the audience. Yes, we still tune in for the hot messes. Seeing clueless people fail at life and relationships can provide pleasure on a number of levels that have already been analyzed ad nauseam: the aforementioned schadenfreude, the feelings of superiority, the blissful escape from far more serious real-world issues.

But what really sets these newer shows apart from the previous crop are the bizarre ways they contort personal interactions in the name of – well, what really? I guess that depends on which show you're talking about. 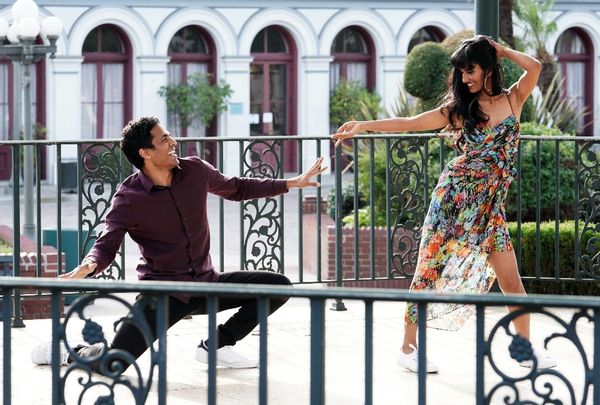 Take "Love Is Blind," which is based on the premise that you can build an "intense, emotional connection" with someone solely by having conversations with them. Without the distractions of looks, race, or socioeconomic status, could one be open enough to find a soulmate?

In a setup that's straight out of a sci-fi novel about repopulating a new planet, 24 heteronormative men and women enter "pods" separated by an iridescent wall through which they must talk, in order to fall in love and secure an engagement. Six "yes, really we're so in love" couples emerge from this initial stage to meet IRL with the intent to say "I do" four weeks later. With such a half-baked premise, is it really such a surprise that some end up saying, "I don't"?

Over on Fox's "Flirty Dancing," the stakes are much lower but the footwork much fancier. The lonely hearts only have to go on two separate first dates, but there's no talking involved. Instead, each half of the potential couple learns choreography for a dance, and upon first meeting, they perform a beautiful routine together without exchanging words or names. Whoever clicks best gets a second date in which they are allowed to speak.

"Love Island" pairs up contestants up to be couples from the first minutes, and they must then share a bed at night (what goes on in bed is up to them, but other couples and cameras are present). And during the day, there's nowhere else to go because everyone is stuck in a mini paradise known as The Villa, filled with a pool and gym equipment. To stay on the show, one must remain in a couple, even as "recoupling" and evictions occur periodically.

Each of these recent reality hits offer up new ways to get at the same results that people have been puzzling over for ages: how to find love. Over and over again, the phrases "have a connection" are uttered on shows like these, and "connection" is the key word here. It isn't just that love is hard to find, but what seems different is the idea that the people have forgotten how to communicate effectively in order to move beyond mere attraction, to make that deeper bond.

Most people are dependent on their smartphones for something, whether it's checking emails, online banking, navigation, getting restaurant recommendations, taking photos, or counting steps. But when it comes to using devices for socializing and recreation, the younger generations know best how to navigate this digital space, perhaps to their detriment. Not coincidentally, much has been written about how hard it is to meet people these days, and especially how younger generations are bad at – or just not as interested in – flirting, dating, having sex, and committing to each other.

Increasingly, stories are coming out about how this digitally savvy younger generation are more comfortable exchanging "likes" than enduring more than a handful of dates. Social media also gives the impression of being among groups of people – the never-ending barrage of TikTok videos, Instagram stories, and Twitter feeds – without having to deal with the real messiness of truly relating to someone. And so in real life, many Millennials and younger people gravitate to hanging out as a group versus actually engaging one on one.

Just look at Reddit's subreddit groups for relationships or AITA (Am I the A**hole?), in which advice is crowdsourced. Rather than speak to or deal with their significant other, people post their predicaments online and let strangers tell them how to repair or escape their relationships.

As for online dating itself, that's even worse because it tantalizes with the promise of connection, but in order to stay in business, the algorithm for these apps are designed to be ineffective. Additionally, too much choice makes it harder for people to even want to commit to a date, worried that someone far more suited is just one swipe away. More often that not, apps like Tinder or Bumble are just another drain on your phone's battery – and your spirit. 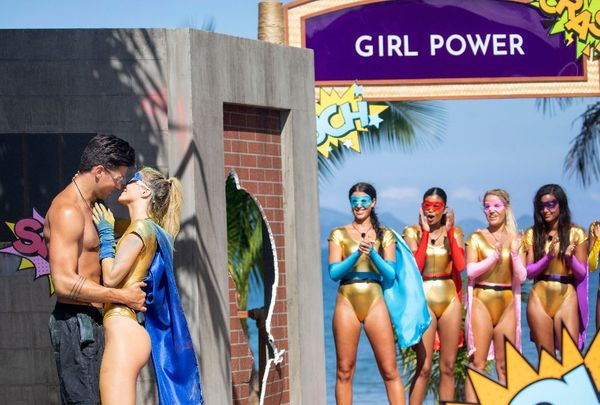 So what are these shows proposing to counter the ills of the digital age and technology's cock-blocking ways? Just as Google and Facebook constantly rejigger their algorithms for discovery, so too have reality shows to figure out new ways for people to find or, as the case may be, fight each other.

Most of the shows remove social media or devices in some way as the singles are forced to deal just with each other. "Love Is Blind" also removes the unrealistic expectations that endless choice on dating apps bring. "Married at First Sight" uses algorithms, while "Are You the One?" uses matchmakers to join people up, once again removing the onus of choice.

"Flirty Dancing" takes away the awkwardness of conversation altogether to get people into a more primal, chemistry-sensitive space through a shared experience. Meanwhile "Love Island" forces engagement by making the couples perform adrenaline-fueled challenges – usually godforsaken and embarrassing games that involve kissing or costumes – to create a sense of closeness.

For the most part, some level of excitement and chemistry ensues from all of these scenarios. "Flirty Dancing" in particular can be a joy to watch because the potential for romance plays out in the well-designed performances that give a sense of completion. On "Love Is Blind," one happy bride in the finale claims "what we saw was each other's soul" with the help of the blind pod setup. As for "Love Island," contestants who go on mini dates – often just a rickety blanket or table thrown in a driveway or field, upon which some sort of alcohol is provided – often rhapsodize about their connection, achieved by merely sitting and talking without distractions. Who knew?

Despite these hopeful results, however, there are far more disappointments, arguments, and tears on these shows than happy couples, and that's part of their appeal as well. With the U.K. "Love Island" streaming on Hulu in America, one the thrills of finishing a season is then Googling "Where are they now?" to see not if the couples broke up but how they did it and how soon after the show they split. After all, once they've been removed from the conditions by which they met, it's now up to them to maintain the bond out in the real world that's still filled with digital distractions. 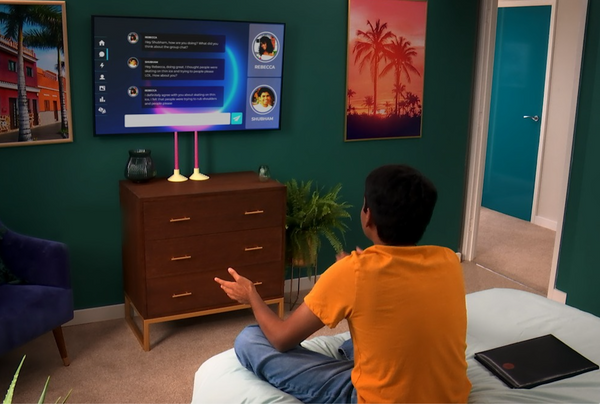 Obviously we as viewers are never really fooled into believing that pods or dance-dates are the ideal, foolproof way to meet someone, but merely watching someone step outside of their technology-dependent lives provides a vicarious pleasure. With less, they appear to be enjoying life more. Which is what makes Netflix's other recent reality hit, "The Circle," even more fascinating because it is the opposite in design and purpose to these dating shows.

To begin with, "The Circle" is not about romance, but about building popularity through social media prowess. Eight strangers are housed in separate apartments and can only interact through their voice-activated screen on a platform known as The Circle. There, they create profiles, text each other, and play games. But they don't meet face to face, and therein lies the challenge. Half of the people are adamant that they can be "true to themselves" and be popular, while half want to game the system and create false personalities to achieve the same goal. The players rank each other periodically, and the two most popular players become "Influencers" and vote to block one person, who is then removed and replaced.

Once the viewer gets past the shouty-ness of the show – contestants dictate every message down to the punctuation and emojis – "The Circle" is simultaneously tedious and engrossing. As we watch the contestants perform everyday analog activities like cooking breakfast, reading a book, or assembling a jigsaw puzzle, they're waiting for the Circle to open so they can text-chat with the other members.

It's a ridiculous concept, and yet, it's refreshing because it doesn't posit that social media in and of itself is bad. There's no need to eliminate it; we should learn how to manage it.

What results is that while the contestants are sussing each other out, the viewers have the added benefit of seeing what goes into each message transmitted. And then they can pass judgment on each word chosen, each lie or truth told, each attempt or failure at manipulation, each instant reaction to a post. In a world where online missives are shot off in an instant, often to the chagrin of the sender, "The Circle" makes one pause and actually consider the intent and results first.

Of course, this is a reality show with a monetary prize, so backstabbing and over-the-top antics are encouraged. What's surprising is that those don't occur in the game as frequently as one would expect.

Instead, the show has emerged as pro-truth and genuineness as players who decide to be "100% authentic" are literally embraced more often than the catfishes are. And that's not the only positive takeaway for contestants who learn to: make friends (lest one feel to lonely in the apartment), express themselves fluently (lest their words be misconstrued), head off bad blood and misunderstandings sooner than later (lest they be rated poorly), become attuned to inconsistencies in messaging (lest they be taken in by catfish), and to never, ever, ever send dick pics (lest they be judged for being the boorish manchild they are).

From reality TV to the real world

So whether it's "Love Is Blind" or "The Circle," reality TV may not mirror what society is like, but it does reflect what society is valuing at the moment. And at this time, people desperately want to learn how to connect or reconnect despite the obstacles of our own devising. While none of these series have cracked the code entirely, a little bit of unplugging, in-person conversation, and judicious use of messaging aren't bad starts.