That attempted comparison spurred a wave of criticism from progressive critics and informed experts. 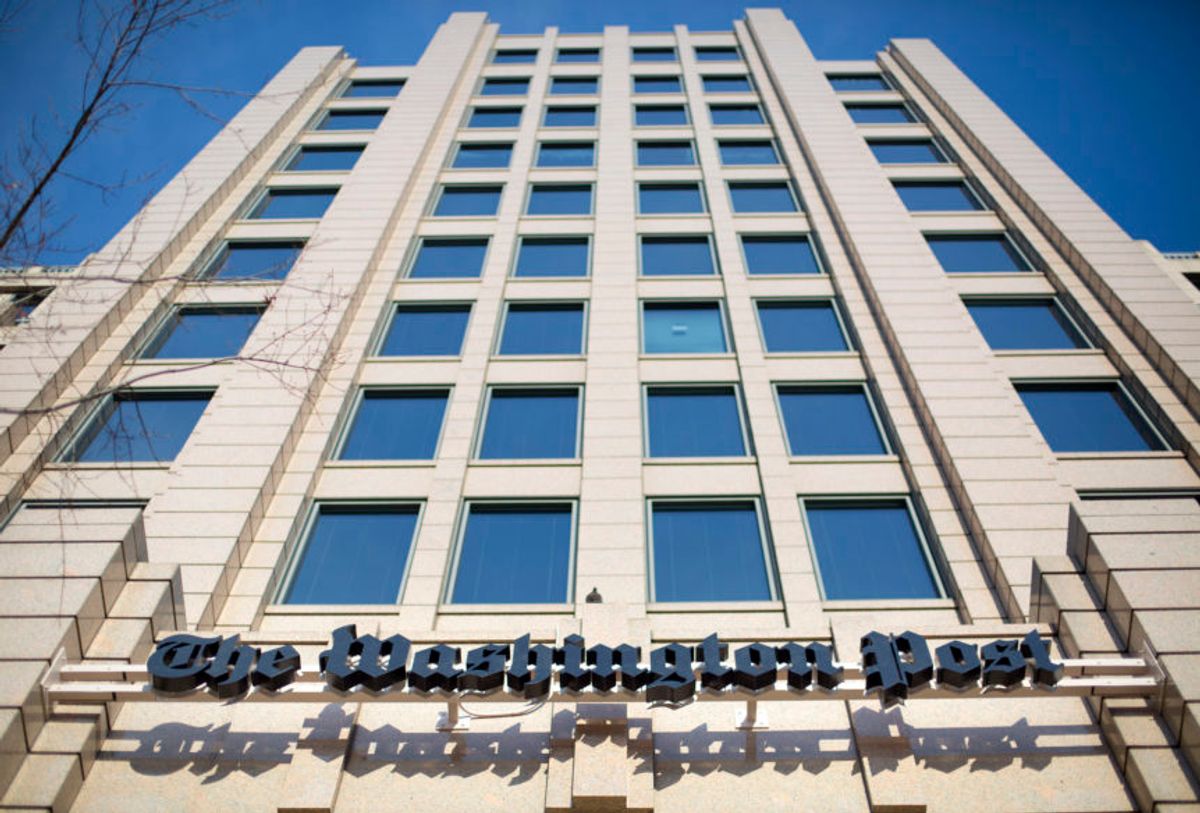 Those are just a few of the responses among a firestorm of criticism from activists, journalists, and other experts to Washington Post editorial page editor and columnist Fred Hiatt's op-ed, published Sunday evening, that creates a false equivalence between the climate agendas of President Donald Trump and Sen. Bernie Sanders (I-Vt.), the front-runner in the 2020 Democratic presidential primary race.

Hiatt began by acknowledging that, as scientists continue to warn, "the survival of our planet as we know it is in danger." He then argued that while Trump "either believes or cynically pretends to believe that climate change is not a threat" as his administration continues to recklessly roll back environmental regulations, Sanders is pushing for climate policies that amount to a similar "fantasy extremism."

Sanders' sweeping Green New Deal plan calls for transitioning to "100 percent renewable energy for electricity and transportation by no later than 2030 and complete decarbonization by at least 2050." The proposal, celebrated as a "game-changer" by climate action advocates, includes a ban on fracking and promotes prosecuting fossil fuel executives for wrecking the planet.

In the Post column, Hiatt quoted Patrick Pouyanné, chairman and chief executive of Paris-based oil giant Total, and advocated for a carbon tax plan from the Climate Leadership Council, a coalition launched by former Republican politicians that includes fossil fuel firms and other corporations such as Goldman Sachs and JPMorgan Chase. He concluded by warning that in this year's presidential race, both major political parties could "end up with nominees who each, in his own way, rejects reality."

That attempted comparison spurred a wave of criticism from progressive critics and informed experts.

In a Twitter thread Sunday, climate researcher and University of California, Santa Barbara professor Leah Stokes pushed back against Hiatt's claims about the effectiveness and support for carbon pricing as well as the columnist's comparison of the current president and leading Democratic candidate.

As Stokes put it: "Comparing climate denying Trump to climate champion Bernie is grossly unfair and wrong. Giving the mic to a fossil fuel executive to make this critique? Absurd."

The Climate Mobilization, a U.S. nonprofit, charged in a tweet Monday that "carbon taxes are not the solution. We need an emergency-speed mobilization to reverse global warming and end mass extinction. Anything less is climate denial."

In a pair of tweets late Sunday, climate reporter Kate Aronoff suggested that Hiatt's piece resembles advertising from fossil fuel companies and noted that it includes "a bullet pointed list of industry talking points," referencing a list of "realities" that Pouyanné supposedly knows "as an executive doing business in many countries."

Political strategist Peter Daou—who previously advised and supported 2016 Democratic presidential nominee Hillary Clinton but has backed Sanders in the 2020 cycle—called the argument "repugnant" and encouraged Hiatt to "do better."

The youth-led Sunrise Movement pointed out on Twitter Monday "the only person quoted in this op-ed is a fossil fuel CEO," which the group called "absolutely shameful." The movement urged the Post to take down the article and fire Hiatt.

Sunrise, which endorsed Sanders last month, added that suggesting the senator and Trump are "the same on climate change" is "planetary malfeasance." In an earlier tweet, the group had said: "Tried to come up with a response but honestly how does shit like this even get published?"

Climate journalist Emily Atkin, who runs the newsletter HEATED, published perhaps the most comprehensive critique of Hiatt's op-ed Tuesday. As she put it: "I had such a visceral line-by-line reaction while reading the piece that I decided to write my analysis as a series of chronological responses to each paragraph or set of paragraphs."

"This is so good," Dan Froomkin, editor of Press Watch, tweeted Tuesday, linking to Atkin's analysis.

In some instances, Atkin responded with several paragraphs. For example, after the bullet pointed list of "realities" known by Total's CEO, Hiatt wrote:

Pouyanné said a U.S. ban on fracking—or the jailing of oil executives, for that matter—would have little impact on climate change. Why? Because much of the world's oil is located in poorer countries that depend desperately on oil exports, and they will gladly make up any shortfall.

"Change will not come from changing the source of supply," he said. "You have to reduce demand."

Atkin followed that with seven paragraphs that began: "Wow. I barely even know where to begin with this." She wrote to Hiatt that "some of these 'realities' you and your oil company CEO best friend describe are extremely misleading," and provided some examples before getting to "the core problem" with the list: "They are excuses from an oil company CEO about why his company should continue profiting from the extraction and burning of fossil fuels, despite the well-established science that says the continued extraction and burning of fossil fuels will devastate ecosystems, destroy economies, and kill millions of people."

When Total's CEO says we should focus on "demand," not "supply," he's saying his company shouldn't be held responsible for destroying the planet, and that everyone else should. When he says jailing oil executives and banning fracking won't work, he's speaking entirely in his own self-interest—and giving more excuses about why it's just not possible to do what's necessary to solve climate change.

And when you, Fred Hiatt, Pulitzer Prize finalist editor of the Washington Post editorial section, just sit there and nod your head, you fail in your responsibility as a journalist. You fail to challenge a powerful executive on his own self-interest. You fail to question his commitment to solving a problem that will primarily devastate the vulnerable. With no evidence of good-faith, you take him at his word. You play directly into the fossil fuel industry's hands. Good boy.

Greenpeace USA also issued a comprehensive response to Hiatt's op-ed with a lengthy "rage-thread" on Monday that featured scientists' warnings about planet-heating emissions, energy companies' lobbying efforts related to climate policy, and the group's scorecard ranking 2020 Democratic candidates based on their commitment to "kickstarting the #GreenNewDeal and saying #NoToFossilFuels."

Read the full thread below: