Bernie's no radical: his agenda harks back to the framing of the U.S. constitution

Excessive political power via monarchy, a fear of the Founders, is now exercised through money in politics 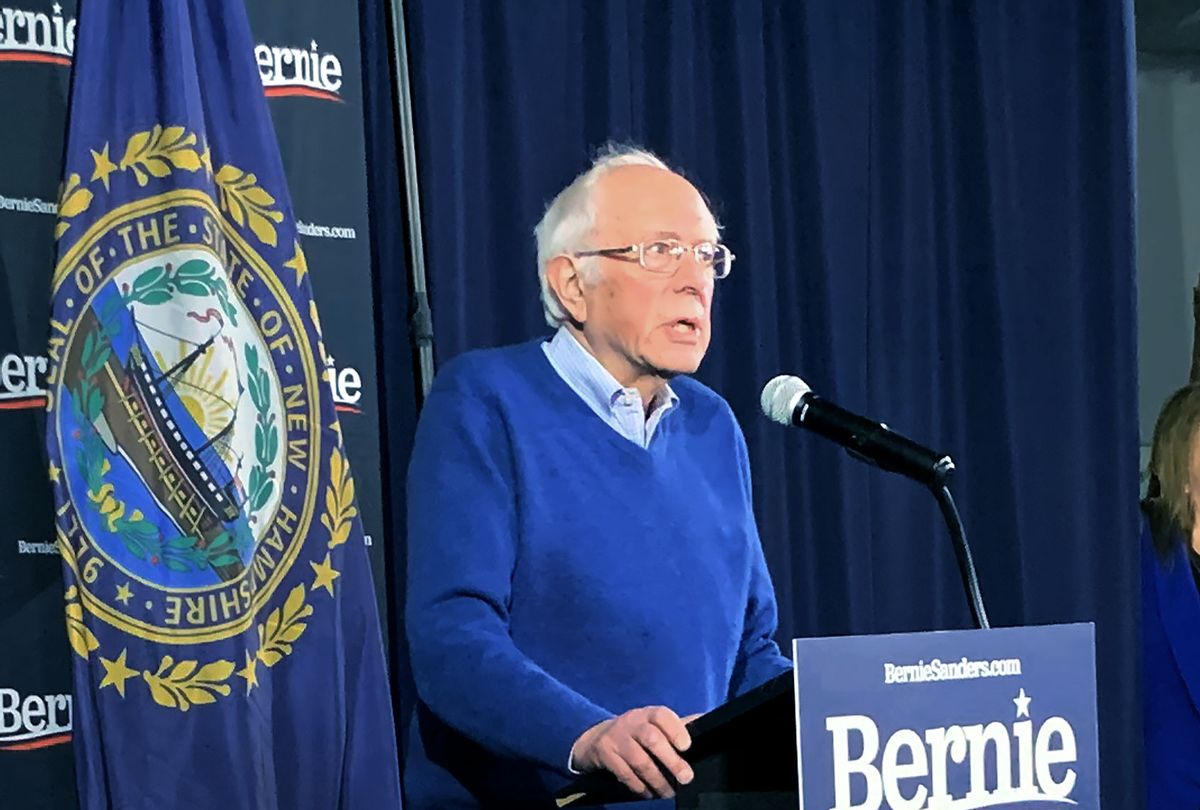 Fear is the enemy of change and the friend of hate. That is why both sides of the political establishment, Democrats and Republicans alike, are now running a full-blown campaign of fear-mongering against Bernie Sanders.

The Republicans have never liked socio-economic changes, if that meant a bigger share of the economic pie for average Americans. Under Donald Trump, they have also made themselves into the party of hate.

The Democratic Party establishment, meanwhile, likes the structure of the U.S. economy the way it is – favoring the rich. It is therefore also keen to prevent Sanders-like change. At most, it is willing to tolerate Bill Clinton-like soundings (but certainly not action) for a fairer U.S. economy.

Given the popular success of the Sanders campaign, both pillars of the establishment therefore have an interest in promoting fear. This explains the strange overlap in their attacks on Sanders.

The roots of our discontent

Let us backtrack a little. After the financial crisis of 2008, Americans escaped the threat of a second Great Depression. But the nation failed to address the root causes that promoted key inequities, such as wage stagnation as well as the economic insecurity of many households.

The results of that failure have been twofold:

1. On the economic front, the United States has had another stock market boom and an economic recovery that has ameliorated but not remedied past injuries to working families.

2. On the political front, economic distress and discontent has been exploited by Trump to push his conman agenda which uses hate to blind people to his economic swindle.

Economics 101: Sanders is no "socialist"

Bernie Sanders' economic policies are by no means radical. For the most part, what he is advocating are arguments about a distribution of economic power that are considered centrist in most of Western Europe.

While one can question the wisdom of calling himself a "democratic socialist," Sanders advocates tackling the deep causes of economic and political discontent in the United States.

While that demand is far from radical, and certainly resonates with vast swaths of American voters, his positions threaten the establishment. That is why he is being red-baited by both Republicans and Democrats.

History 101: Sanders is an FDR Democrat

Far from being red, Sanders' economic program is straight out of the American mainstream. It echoes FDR's New Deal which saved American capitalism in the 1930s.

A higher minimum wage, stronger unions, green infrastructure investment, free public education, higher taxes on the wealthy and reining in corporate power are programs which would have been supported by Presidents Roosevelt and Truman.

They are also the type of programs which the Democratic Party used to advocate before its inside take over by Wall Street, which occurred under the Clintons.

Consider "Medicare for All"

"Medicare for All" is being especially targeted by the fear-mongers, who have labeled it as socialist. There are four major approaches to healthcare:

Politics 101: Sanders is an American constitutionalist

Without political reform change will be near impossible, which explains Sanders' call for a political "revolution." The influence of money in politics must be reduced, which is why it is critical the Supreme Court's decision in Citizens United be reversed.

But Sanders is no revolutionary. His political program simply harks back to the framing of the U.S. constitution.

A fundamental concern of the founding fathers was excessive political power, be it via monarchy or plutocracy. Two hundred and fifty years ago, the problem was monarchy. Today, the problem is plutocracy.

Excessive political power is now exercised via corporate political lobbying, payola for politicians, as well as the corporate controlled media. No clearer proof can be given than the fact that billionaire Trump heads the Republicans, and billionaire Bloomberg aspires to head the Democrats.

Red scare and the politics of fear

Both Democrats and Republicans are now engaged in a campaign against Bernie Sanders aimed at frightening voters and preventing change.

Ironically, the fear-mongering of the Democratic establishment is even more dangerous than that of Trump and the Republican Party.

Why is that statement apropos? Few reasonable people would disagree with the assertion that we need change to beat hate and restore shared prosperity.

However, the Democratic Party elite aims to block change by torpedoing Sanders. Worse yet, if they fail to sink Sanders, their "red scare" tactics will have played right into the hands of Trump who plans an even uglier more dishonest red scare campaign.

In these dangerous times, the words of FDR can help inoculate us against the politics of fear. When it comes to Bernie Sanders, there is nothing to fear except fear itself.

Thomas I. Palley is an independent economist in Washington D.C.

MORE FROM Thomas I. Palley