More than 9 million people are Freecycling instead of buying new 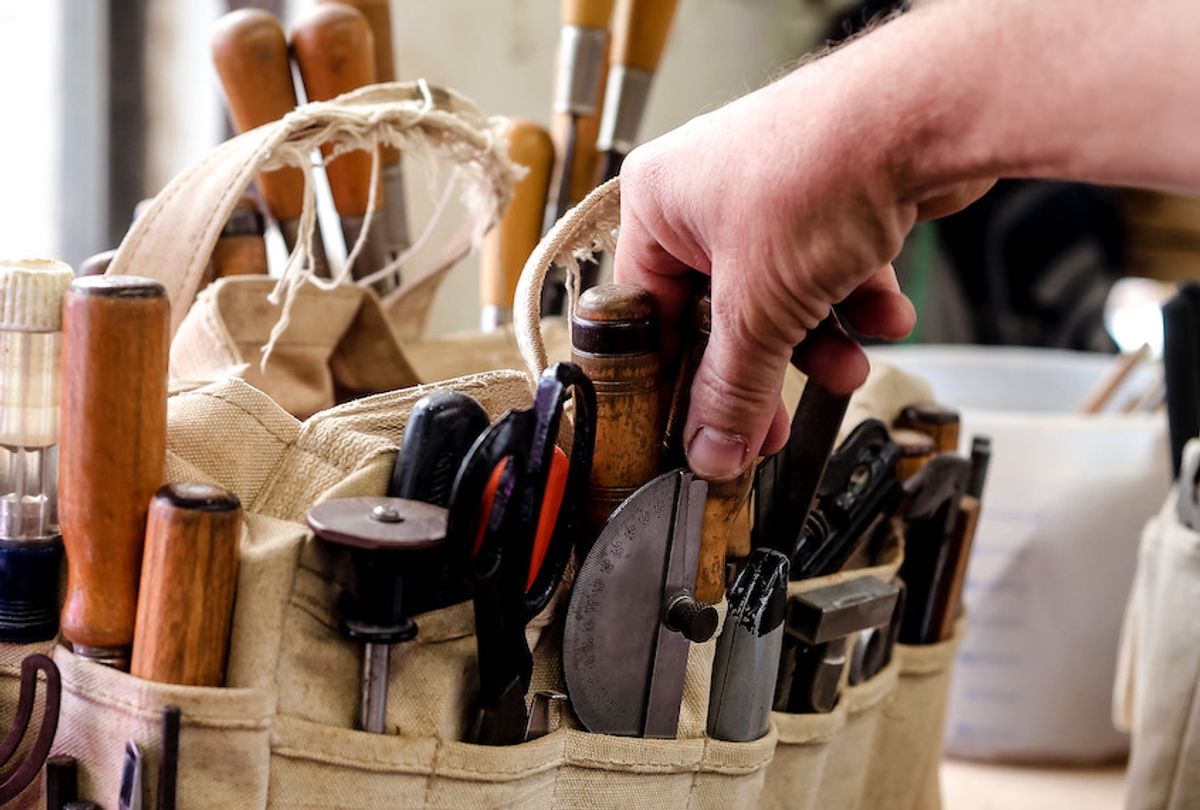 Our global landfills are overwhelmed, and the U.S. shows no signs of slowing its huge contribution to the trash pile-up at home and abroad. The global trash crisis is real, with 2 billion tons of trash produced per year. The U.S. recycles just around 35 percent of its trash, and sits in last place behind all other developed countries when it comes to recycling the solid waste it produces per capita, as calculated by the Waste Generation and Recycling Indexes published in 2019 by the British research firm Verisk Maplecroft.

Deron Beal has been working to curb some of that needless waste for the last 17 years via the Freecycle Network, a nonprofit, volunteer-run, free-gifting website he founded in 2003 with the mission of keeping usable things from getting tossed out. It now claims more than 9 million members around the world.

"We're very stuff-oriented, aren't we, in this society?" says Beal, laughing a little.

Beal says part of his original inspiration for founding Freecycle came when he lived in Germany (which tops the charts for best recycling among developed nations) and observed how well federally mandated programs worked to curb waste.

"I realized that there are things I cannot do, and that we, communally, can do together to make a huge positive difference," he says.

Membership to the Freecycle website is free and serves to connect people with their nearest area group. The project boasts on its website that on average it keeps more than 1,000 tons of trash out of landfills each day, amounting to "fifteen times the height of Mt. Everest in the past year alone, when stacked in garbage trucks."

With just two employees — Beal and a web engineer — the network runs on volunteers who moderate their local groups, and those groups exist in every major U.S. city and 110 countries worldwide.

"All this community help, pulling together, is really how we're able to make this work," Beal says. "We just couldn't do it without them. We're able to leverage this volunteer spirit in this amazing way."

Beal notes that there are both environmental and economic reasons people join their local Freecycle groups, and that membership tends to ebb and flow based on media cycles and economic trends. After the 2009 economic downturn, for example, they saw a spike in memberships.

Freecycle Network is funded through individual donations, Google-generated ads and occasional corporate underwriters — though the network has no current corporate sponsorship. Beal says outside of encouraging volunteer moderators to send press releases to their local newspapers, he's never done much in the way of advertising or outreach. The network's growth has been truly grassroots — and doesn't seem to fall along typical conservative versus progressive party lines.

Beal thinks more than anything else, the magic behind Freecycle's continuing global growth lives in the way it makes people feel to give and receive.

"Regardless of political inclinations… it feels really good," he says. "Giving and getting things for free, I think that's a universal warm and fuzzy right there."

And he says it's exciting to him to know that it just takes one person per given area to birth a local Freecycle program.

In Portland, Oregon, that one person is Catherine Spencer-Mills, who retired from a career in IT before coming on board as the city's sole moderator. She had been a member of Freecycle for some time when an ad for the lead moderator position popped up.

"It's really not a lot of work, and it's not very time consuming," she says. "Not having a lot of money myself, having a family and kids… I like the idea of not always having to pay for things… and it's kind of nice not putting things in the landfill if you don't have to."

Beal says the difference between Freecycle and other sites like Craigslist's free stuff section is the communal aspect of the network.

"Each group is run by a local volunteer. There [are] no scammers and spammers on Freecycle," he says. "It's more of a family-friendly, communal environment."

And, he says Freecycle treads the line between items that are still useful, but that a thrift store might not be able to actually sell.

Beal laughs a little when he thinks about the American tendency to want to own all of our own stuff. Owning something that is only going to be used once or rarely is a pretty unsustainable and impractical model compared to sharing or borrowing it.

"There's a George Carlin skit on stuff, how we buy bigger and bigger houses to hold all our stuff, and we get storage sheds to hold all our stuff when it doesn't fit in our houses," he says. And, as Beal is apt to point out, all that individualized purchasing of brand-new items is what really stacks up to our global waste crisis.

Even if we were all living meticulously zero-waste lives, most of our trash problem could still exist, since municipal solid waste, or the waste produced by individual people, only makes up a part of the problem. Industrial waste (including all the materials produced to create new things via mines and factories, packaging to ship them across the world, etc.) is estimated to be a much bigger culprit. While the EPA estimated people in the U.S. produced 267.8 million tons of municipal waste in 2017, the agency put industrial waste at a staggeringly higher mark of about 7.6 billion tons per year in a 2016 report.

This reality is, in part, what inspired Beal to relaunch the website with new features that expand upon the site's free-gifting mission. The new site will allow members to lend and borrow items within self-appointed friend circles, the idea being to encourage neighbors and friends to share some of the items they can't find for free — rather than everyone buying their own new everything.

"So, you know, maybe I'll start up a neighborhood tool-swapping/tool-share group where everybody can share tools with each other, or maybe people want to set up their own little book club where they share books and return them after they've read them, or parents of small kids who want to share or gift clothing or toys or other things, or church or school groups might share goods — whatever it is."

Beal says he does plan to launch a tool-share in his own neighborhood, as a mini beta test of the new feature.

"The average usage life of an electric drill is 15 minutes. What we need is not a drill; we need a hole in the wall—right?" he says.

"It's in our DNA as walking apes to share in small groups with each other, but we've kind of drifted a little ways away from that. It'd be great to get to that core DNA that we have and empower each other through sharing."

Beal understands that one reason people don't already do this is because even if you do want to share your tools with your neighbors, you might not get them back right away. They might forget or you might forget, which is why the new site will include a built-in email reminder for any borrowed item, similar to a public library system.

"[The reminder is] not optional; it just happens [automatically]. So there's no embarrassment involved," he says.

He adds that the idea to allow members to self-appoint their friend circles, rather than allowing community-wide borrowing, is designed to add another layer of trust to the equation.

"If it's a complete stranger taking your drill, well, there's a small chance that he might just walk off with it," he says. "So you do need that small trusted core you do that sharing with."

In addition to the lending feature, Freecycle's new site will also add several new languages, so Freecycle will be translated in 10 languages total.

"Greek, Turkish, Romanian, Hungarian, we got you covered," he says.

Beal's ultimate vision is to help more people break from measuring wealth on a purely monetary basis, and bring people back to looking at real use and value.

"There's an Oscar Wilde quote that kind of fits into all of this," he says. "We know 'the price of everything and the value of nothing."'