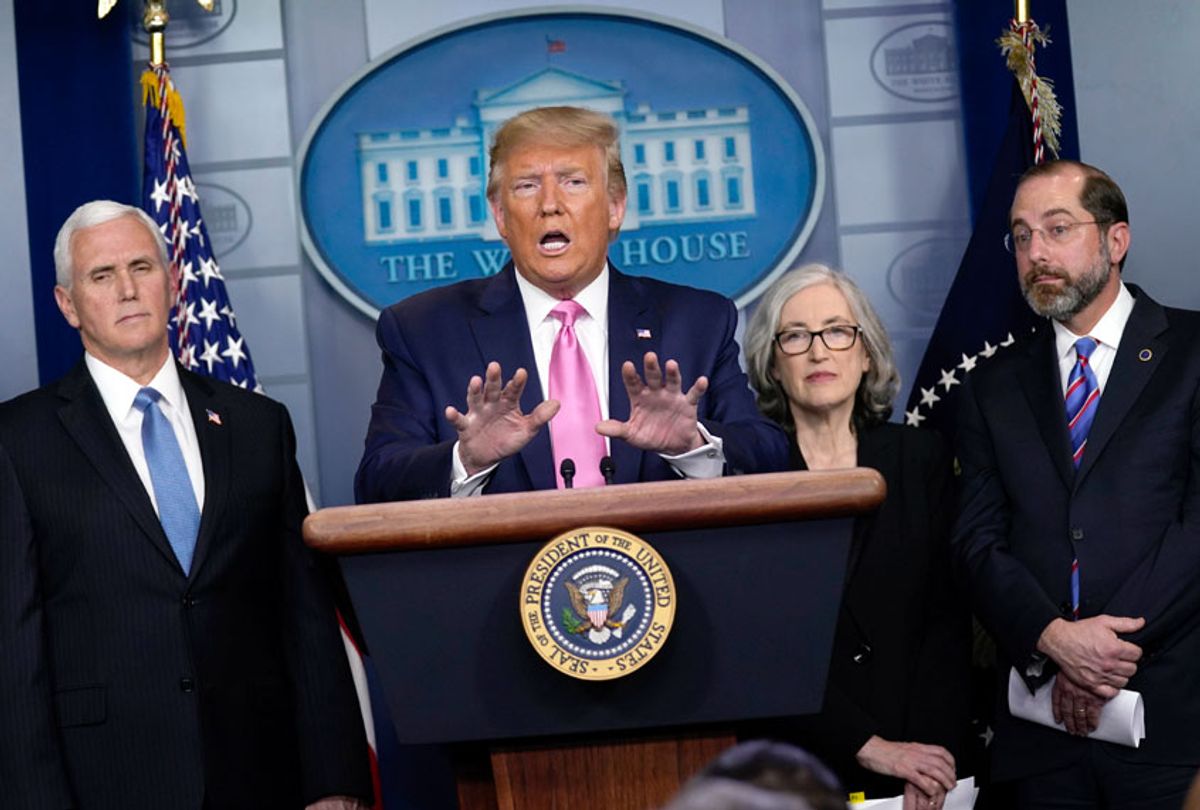 President Donald Trump, with members of the president's coronavirus task force, speaks during a news conference in the Brady Press Briefing Room of the White House, Wednesday, Feb. 26, 2020, in Washington. (AP Photo/Evan Vucci)
--

California has discovered a second person with coronavirus who may have received the disease via community transmission,The Washington Post reported Friday.

"A 65-year-old resident of Santa Clara County, Calif., who has no known history of travel to countries hit hard by the outbreak, has tested positive for coronavirus, people familiar with the case said Friday," the newspaper reported. "There is no known connection between the new patient and anyone else diagnosed with the disease, known as Covid-19."

"That means the virus appears to be spreading among at least two separate populations, according to people who spoke on the condition of anonymity because the information has not been released publicly," the newspaper explained. "Fears that a coronavirus pandemic could tip the world economy into recession sent global stocks into a tailspin Friday, with markets on track for their worst week since the financial crisis that began in 2008."