“They think this will bring down the president,” Mulvaney told the audience at CPAC. “That’s what it’s all about" 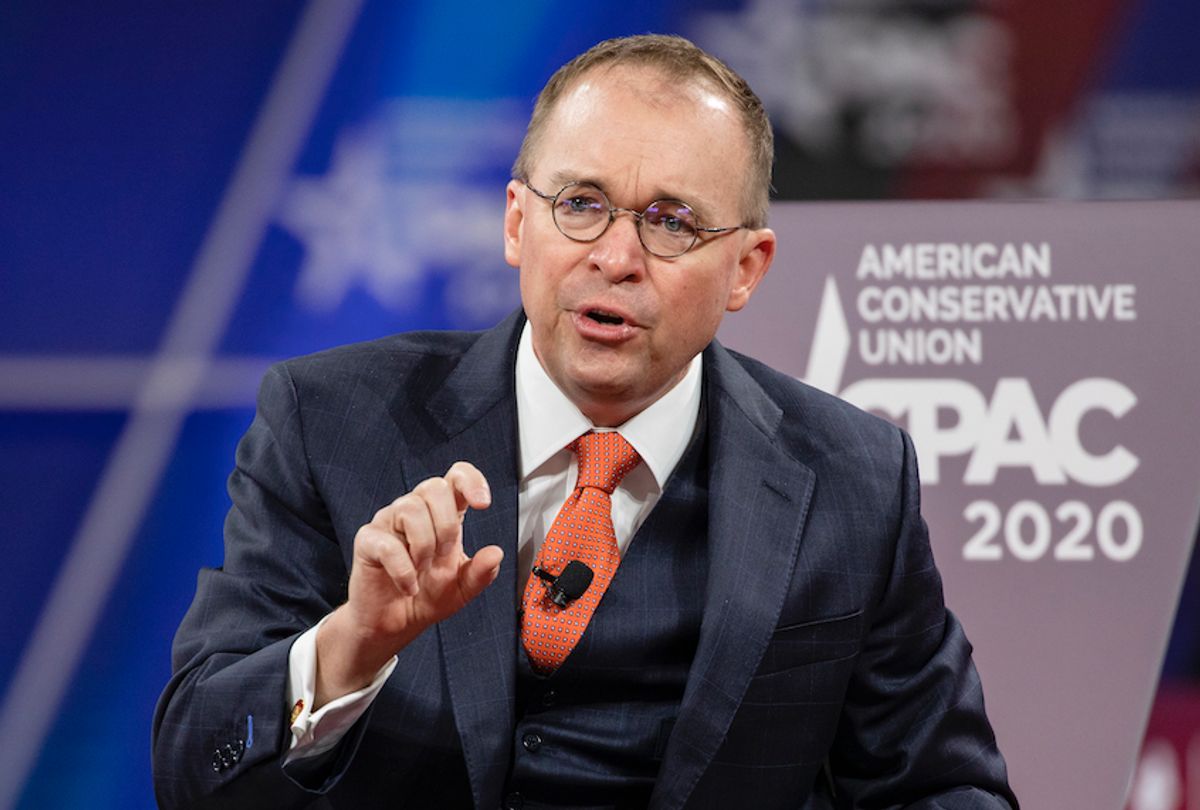 White House chief of staff Mick Mulvaney told the audience at the Conservative Political Action Conference on Friday that the media is only covering the spread of coronavirus because it's out to get President Donald Trump.

According to the New York Times' Annie Karni, Mulvaney accused the American media of using coronavirus as a political weapon, despite the fact that concerns about the virus led Japan to shut down its schools for at least a month.

"They think this will bring down the president," Mulvaney said. "That's what it's all about."

"It's not a death sentence," he said. "It's not the same as the Ebola crisis."

In fact, it's estimated that the mortality rate from contracting coronavirus is two percent, which is why several governments across the world are taking significant measures to protect their people from getting infected.