It's Super Tuesday, and the race is more volatile than you think: Vote with your heart! 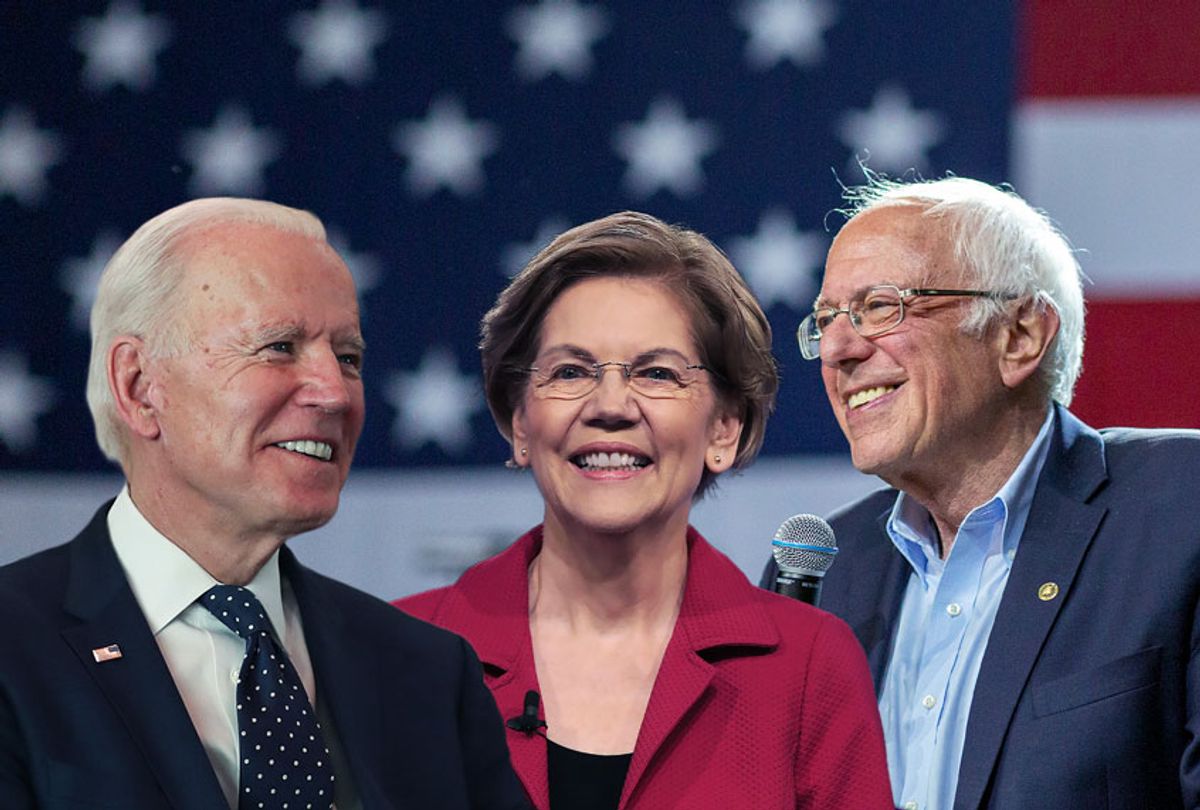 Flipping on Facebook Monday, I was disappointed to see friends who are voting this Tuesday in the Democratic primary — designated "Super Tuesday" because it accounts for 14 states and more than 30% of the total delegate haul — focusing on "strategic" voting, rather than simply voting for whoever they think is the best candidate. They were in a panic, reacting to the results from the first four relatively small states that have already voted and recent dropouts by Sen. Amy Klobuchar of Minnesota and former South Bend, Indiana, mayor Pete Buttigieg. People are starting to buy into the notion that it's more important to block a candidate that you don't like than to vote for the one you like best.

This, dear readers, is nonsense. The media is obsessed with polls and horse-race dynamics, and tends to overrate the value of the early states because they have a history of creating self-fulfilling prophecies. But all voters need to do to buck that trend is to stop acting like this is an elaborate game of chess. It's too early for that, and anyway that's learning exactly the wrong lesson from three of the first four primary states.

As I noted Monday, it's not too late to vote for Sen. Elizabeth Warren, despite a heavy pressure campaign on social media aimed at getting her supporters to vote for Sen. Bernie Sanders instead. But in the broader sense, media coverage and the obsession with polls may well be distorting people's understanding of probability and how volatile this field actually is.

As Ben Mathis-Lilley noted at Slate yesterday, "Forty-six states have yet to vote, including the 22 most populous states; 96.1 percent(!) of the convention delegates that Democrats will vote to award remain unawarded." Which makes it absurd to claim this is over.

He also notes that, according to the media coverage right up until Saturday, former Vice President Joe Biden was toast. But Biden's unexpectedly big win in South Carolina shows that "a candidate's narrative momentum can be reversed in a single day."

The key word here is "unexpected." To watch the relentless patter about the polls on cable news, one might forget that three out of the four states that had voted already bucked poll predictions. Nor would you know that the departure of Buttigieg and Klobuchar makes the situation even more chaotic, since there's no reliable way to determine where their supporters will go.

Using the Wayback Machine, I took a look at what FiveThirtyEight, the polling guru that drives so much of the poll prediction machine, said about the Iowa caucuses on Feb. 2, one day before voters actually left their homes to register their opinions.

The forecast predicted Sanders as the winner, with Biden as the second most likely to win. The person who actually collected the most delegates, however, was Buttigieg, with Sanders a close second and Biden well behind in fourth place.

On Feb. 10, the FiveThirtyEight predictions for New Hampshire's primary were a little better, but still off by a significant amount. Sanders was expected to get nearly 30% of the vote, but fell short of that by four percentage points. Buttigieg did better than expected, but the real surprise was Klobuchar, who more than doubled her predicted haul — she polled at 8%, but got nearly 20% of the vote instead.

Nevada tracked closely with the polls, but South Carolina was another surprise. FiveThirtyEight predicted Biden would win 40% of the vote — and he got more than 48%. The result, as Mathis-Lilley noted, was a sudden swing in media coverage from reading Biden's obituaries to declaring him the possible frontrunner for the nomination. But again, not quite 4% of the delegates have been awarded,

During that period of less than a full month, the FiveThirtyEight prediction of who would win a majority of Democratic delegates started with Biden, switched to Sanders and has now moved to "no one." If that doesn't tell you how volatile this primary is, nothing will.

None of which is to say that the polls are worthless. They've been somewhat accurate, and certainly FiveThirtyEight has picked up on trends in individual states. But with the field opening up to so many states while it also narrows down to fewer candidates, polling is even harder to track. Plus, the addition of Mike Bloomberg to the ballot in Super Tuesday states adds even more chaos.

Add to that the fact that no one outright "wins" a state in Democratic primaries — anyone who does decently will snag a proportional share of delegates — and what you get is a big, fat argument for not trying to game out how to vote "strategically," since there is no real way to know how that will turn out.

We'll see the first results within a few hours — and whatever we think the narrative is right now, it will seem different on Wednesday. See you on the other side.