Super Tuesday delivered many big wins for Joe Biden, but Bernie Sanders won the biggest contest of the night 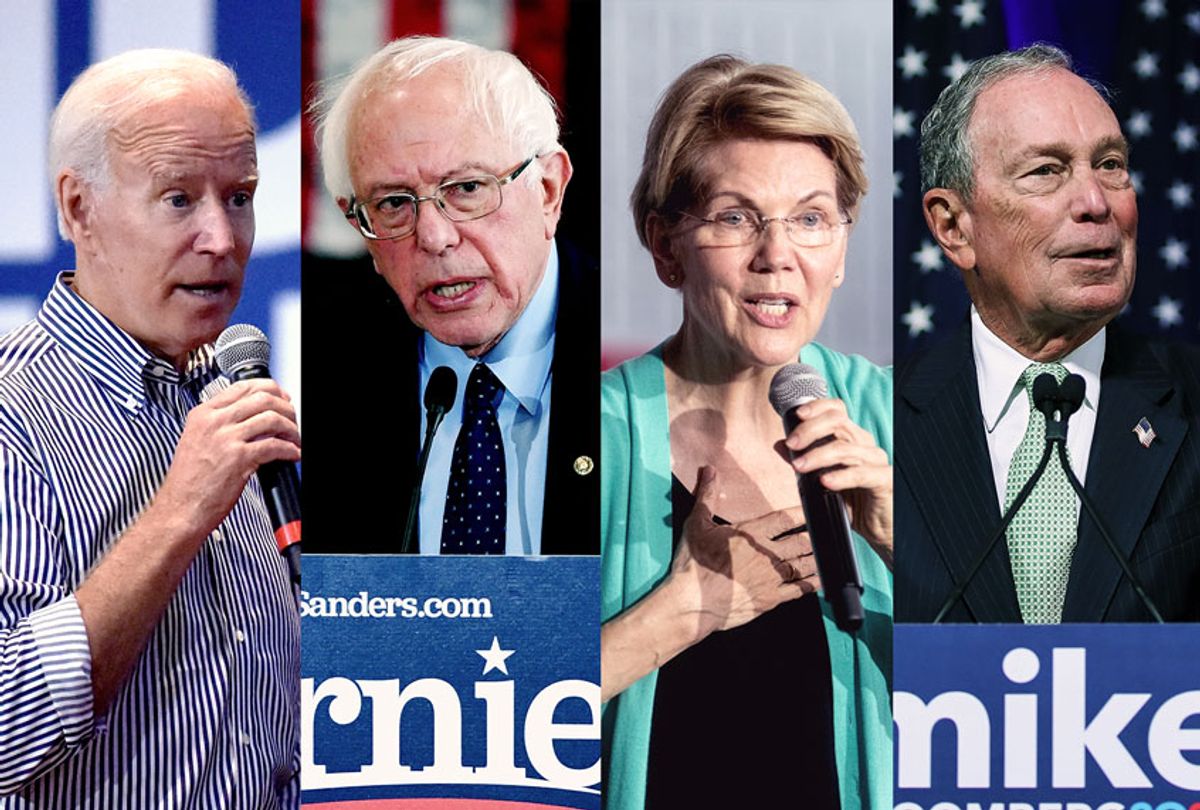 Joseph Neese and Andrew O'Hehir also contributed to this report.

Former Vice President Joe Biden emerged as the new Democratic frontrunner on Super Tuesday, running up a series of primary victories in the South and then across the country, including surprise victories in Massachusetts and Minnesota. Sen. Bernie Sanders, who led polls for the last few weeks, managed to finish the night with a victory in California, the biggest contest of the evening.

Biden swept the contests in Southern states Tuesday, with projected wins in Alabama, Arkansas, North Carolina, Oklahoma, Tennessee, Texas and Virginia, according to NBC News. He also won in Massachusetts, the home state of Sen. Elizabeth Warren, and Minnesota, the home state of recently departed candidate Sen. Amy Klobuchar. Both of those results were significant surprises.

Sanders, meanwhile, is projected to win in California, Colorado and Utah, along with his home state of Vermont, according to The AP.

Maine is still too close to call. The two candidates are separated by a single percentage point with 73% of the vote in.

Biden now leads the delegate count with 390, winning 337 of those on Super Tuesday. Sanders has won 270 Super Tuesday delegates so far for a total of 330, according to The New York Times' count. Large numbers of delegates remain unallocated, many of those in California and Texas, and a final count may not be available for days or weeks.

Given what looks like a Biden sweep across most of the nation, the Sanders campaign is eager for a big win in California, where 415 pledged delegates are on the line. Exit polling and early results suggest that Sanders will win the state by a convincing margin, with strong support from younger voters and Latinos, but that both Biden and former New York mayor Mike Bloomberg will also win delegates there.

At his victory celebration in Los Angeles, Biden appeared to confuse his wife and his sister on stage and was interrupted by anti-dairy protesters. He credited the departed Democratic candidates who recently endorsed him — including Klobuchar, Pete Buttigieg and Beto O'Rourke — for aiding his campaign's resurgence.

"For those who have been knocked down, counted out, this is your campaign. I am here to report we are very much alive," Biden declared during remarks to supporters, before suggesting that "it might be over for the other guy," an apparent reference to Sanders.

"We won Minnesota because of Amy Klobuchar," he said. "And we're doing well in Texas, because of Beto O'Rourke. And that's why I was incredibly proud to have Mayor Pete's endorsement, as well."

Sanders said he was "cautiously optimistic" while addressing his supporters in Vermont after a slow start.

"I don't know what's going to happen later tonight," Sanders said. "We're doing well in Texas right now, we won Colorado and I'm cautiously optimistic that we can win the largest state in the country."

Sanders vowed that the results would propel him to victory. "Tonight, I tell you with absolute confidence we're going to win the Democratic nomination," he said.

Former New York Mayor Mike Bloomberg, who appeared to be a major contender only a few weeks ago, won the primary in the U.S. territory of American Samoa, where Rep. Tulsi Gabbard of Hawaii also won her first and only delegate of the campaign so far.

With more than one-third of all convention delegates on the line, voters in 14 states and American Samoa cast their ballots in the Democratic race on Tuesday. There were 1,357 delegates at stake on Super Tuesday, or about 34% of the 4,051 available delegates. A candidate must win at least 1,991 delegates to clinch the nomination on the first ballot.

Sanders, who won the popular vote in Iowa, New Hampshire and Nevada, led the field going into Super Tuesday with 60 pledged delegates. Biden, who won South Carolina by nearly 30 points, began the evening with 53 delegates. Sen. Elizabeth Warren of Massachusetts had eight delegates, while Bloomberg was appearing on many state ballots for the first time.

This race has changed dramatically following Biden's big win in South Carolina. Buttigieg, who won the most delegates in Iowa, ended his campaign. So did Sen. Amy Klobuchar of Minnesota, who placed a strong third in New Hampshire but drew little support in Nevada and South Carolina. Billionaire Tom Steyer was banking on a strong showing in South Carolina and also dropped out following Saturday's first-in-the-south primary. Buttigieg and Klobuchar threw their support behind Biden on Monday. Their endorsements were joined by another former candidate for the Democratic nomination, Beto O'Rourke, along with former Senate Majority Leader Harry Reid.

Sanders had appeared to be on the cusp of an "insurmountable" delegate lead after winning the most votes in the first three contests of the primary cycle. After tonight's results, the outlook has changed significantly. Election forecaster FiveThirtyEight now projects that Biden has the best chance to win the most delegates in the primary season, though it also suggests that no candidate will win enough delegates needed to secure the nomination ahead of the convention. The forecast had previously showed Sanders as the favorite to win a plurality of delegates, but shifted rapidly after a spate of new polls in advance of Tuesday's vote.

Warren has had an up-and-down primary season, and may now have reached the end of the line. Though she saw a bump in polls after strong debate performances last month, she did not come close to winning a Super Tuesday state, and will only break the 15% viability threshold in four or five. Bloomberg, the billionaire former Republican who has spent more than $500 million of his own fortune to blanket the airwaves with ads, will also be viable in several states, but will end the evening a distant third in the delegate count. Reports suggest he will contemplate the end of his brief campaign on Wednesday.