Beyond hot dish: A new generation of chefs is defining "New Midwestern" cuisine 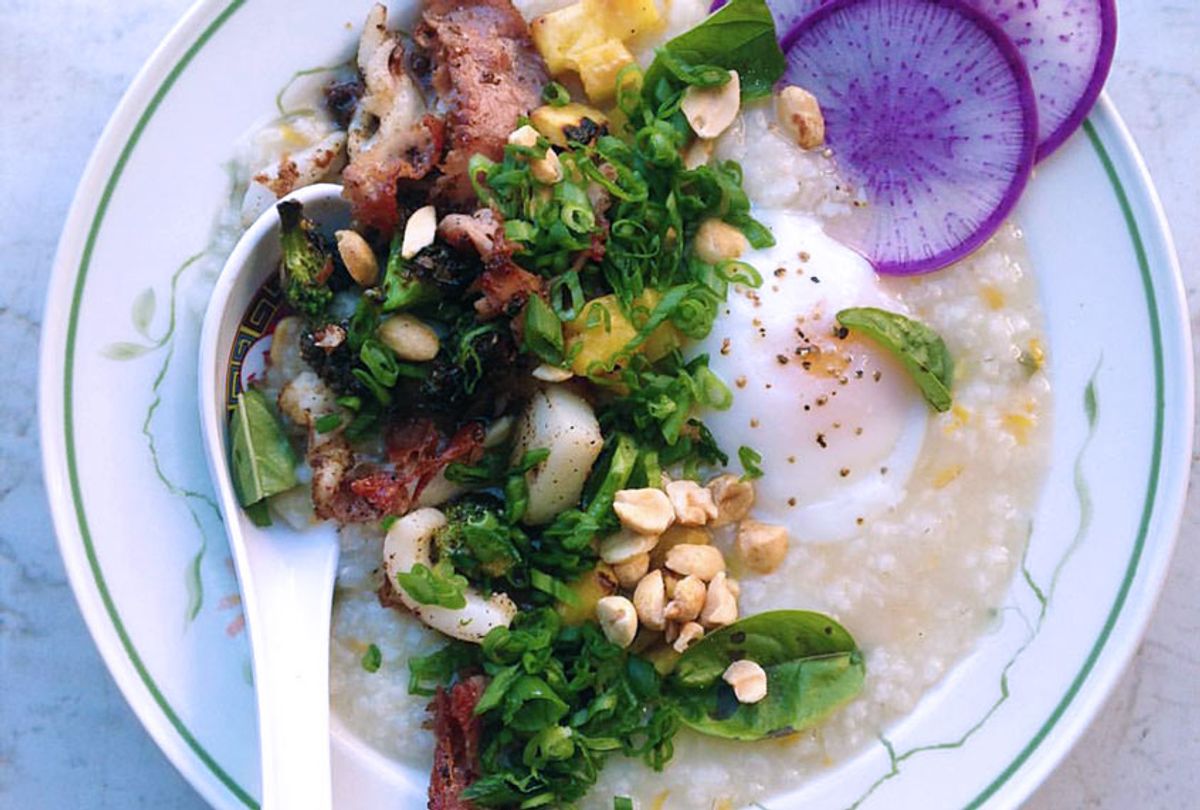 In January, Sen. Amy Klobuchar re-introduced the nation at large to the hot dish in her now-abandoned bid for the Democratic nomination. It's typically comprised of four components: meat; vegetables; a starch of some sort such as the always popular tater tots; and a binding agent, typically a can of cream of whatever soup. Some may call it a casserole, some may call it a goulash — but having grown up outside of Chicago, I recognized the general form as a Midwestern staple.

There's a lot to be said for how politicians conscript various regional dishes in an effort to connect with constituents. This is done with varying levels of success. I'm thinking of Gerald Ford when, as he was campaigning for re-election against Jimmy Carter in 1976, he bit into a still-husked tamale and nearly choked. (Former Arkansas governor Mike Huckabee, who was living in Texas at the time, has said he believes it was "that gaffe with the tamale that cost him the state of Texas.")

When Klobuchar held her Hot Dish House Party campaign events, there was a sense that she was trying to communicate that she possessed the same traits inherent to the clean-out-the-pantry dish: hearty, resourceful, unpretentious. The Facebook invitations to her events read, "Hot dish is a great unifier — just like Amy." But when photos of Klobuchar's hot dish hit social media, crisp tater tots covered in bubbling cheese, the reaction was mixed.

Some recognized it as "the carb bomb that brings us all together," but many of the responses I saw indicated that the dish tidily fit into a narrow national view of what Midwestern cuisine is: bland, unnecessarily calorie-laden and unworth traveling for. But there's a new generation of Midwestern food professionals — cookbook authors, chefs, critics — who are pushing back on this narrative of flyover food from flyover country.

According to Cook, these stereotypes aren't entirely unfounded.

"Go to a funeral lunch in a heartland church basement and you'll definitely see macaroni salads and those pickle roll-ups, but I also think a lot of stereotypes of Midwestern cuisine are holdovers from the — regionless, nationwide— post-war convenience food boom," Cook said.

Velveeta, Jell-O desserts, Miracle Whip dressings, and ground beef casseroles aren't unique to the Midwest, Cook says, but they seem to have stuck to the region while the coasts and South are more likely to be seen as having differentiated, regional cuisines.

It wasn't always that way for the South. I had just moved to Louisville, Ky., when the "New Southern" food movement took hold in a big way about a decade ago. At the time Bon Appetit spoke to Atlanta-based chef Linton Hopkins about the trend.

"You don't need to go to New York or Chicago or Paris to be a great chef," Hopkins said. "You can cook Southern food with the same passion and integrity. Just because we use cornmeal and pecans doesn't mean our cooking isn't a high art."

The magazine described "New Southern" as a "nationwide hankering for ingredients like artisanal grits and real country ham." I think of it more as an acceptance, and perhaps overdue adulation, of a cuisine that had previously been dismissed as unsuitable for fine dining. Like with any culinary trend, there are some limiting stereotypes that emerged, especially in the hands of chefs who hadn't previously cooked Southern food  — it's not all fried chicken and moonshine served in Mason jars — but by and large, there was a greater national recognition of what exactly the region's foodways had to offer.

And according to Katy Spratte Joyce, a Minnesota-born and Omaha-based food writer, the Midwestern region is ready to break with being considered a bread basket monolith.

"Midwestern cuisine is inventive, tasty, and has a lot of heart," she says. "It takes a little something special to make it in the Midwest, but if the recent James Beard nominations have shown us anything, it's that there is so much innovation and wonderful stuff happening here."

Nominations for the James Beard Awards, an event colloquially known as the "Oscars of Food," were announced in late February. In the Midwest region, the picks for Best Chef indicate the culinary variety of the included states — Iowa, Kansas, Minnesota, Missouri, Nebraska, North Dakota, South Dakota and Wisconsin. (Illinois, Indiana, Michigan and Ohio are in a separate "Great Lakes" category.)

Favorites for the award include Christina Nguyen, chef at Hai Hai, a modern Vietnamese restaurant in Minneapolis, and Michael Gallina, chef at Vicia in St. Louis, which specializes in "vegetable-forward" cuisine.

So what does "New Midwestern" cuisine look like? Like the "New Southern" trend, there are a lot of chefs in the region who are providing updates to foods that are already closely associated with the region.

"I think I'd ultimately characterize it as updating Midwestern childhood comforts to incorporate global influences with a good-natured sense of humor about it all," says Cook. "I don't mean 'sense of humor' in a mocking sense. I see a lot of chefs owning Midwestern stereotypes and paying homage to the best parts of them."

She points to Rob Connoley at Bulrush in St. Louis, who is offering haute riffs on 19th century Ozarks cuisine; Vaughn Good, a butcher and chef at Fox and Pearl in Kansas City, who does his own butchering and charcuterie, giving equally reverent treatment to porchetta and a fried bologna small plate with "yella mustard"; there's James Beard nominee Nick Goellner of the Antler Room, also in Kansas City.

"[He's] applying the New Nordic playbook to Midwestern specialties with global influences —think a summer heirloom tomato dish with crunchy-puffy tempura corn, drizzled with Kewpie mayo, or a slice of shokupan topped with chicken liver mousse, deviled hearts, and gizzards," Cook says. "Japanese milk bread snaps into Midwestern foodways effortlessly, I think. So much of Goellner's cooking is smart in that way."

"Global influences" is a term that a lot of the writers and chefs I spoke with cited, which flies in the face of the stereotype of the heartland being a region that is removed from the rest of the world, saturated in a sort of intransigent Americana.

But since the mid-1970s, the population of the Midwest has become increasingly diverse, says Lacey Muszynski, a food critic at the Milwaukee alt weekly, The Shepherd Express.

"We have lots of immigrant communities, so we have thriving Mexican, Hmong, Sichuan, Indonesian, and Indian restaurants, for example," she says. "In general, our dining scene is more diverse, innovative, inspired, unique and creative than people not from the Midwest think it is."

And chefs from the Midwest are starting to incorporate some of those influences into the food with which they grew up.

Milktooth is a "fine diner" opened in 2014 by Jonathan Brooks, which has a focus on utilizing the produce and agriculture of Indiana to serve world-inspired breakfast and lunch fare. Within a year, the restaurant was making national headlines; Brooks was awarded one of 11 Best New Chefs by Food and Wine in 2015, while Milktooth was chosen as one of 10 best new restaurants in the United States by Bon Appetit.

According to Brooks, one of the things that he was excited to play with at Milktooth was the diversity of breakfast dishes.

One woman wrote at the end of a seemingly breathless description of her latkes on Milktooth's Facebook page, "Go here, eat these things, breath[e] deep in the full experience." The review waxed a little poetic, but I appreciate the sentiment — this idea that the food of Midwest makes it a destination, a place to fly to (and eat) instead of fly over.