FX on Hulu's limited series is defined by its chilly, logical beauty, and its strange interpretation of reality 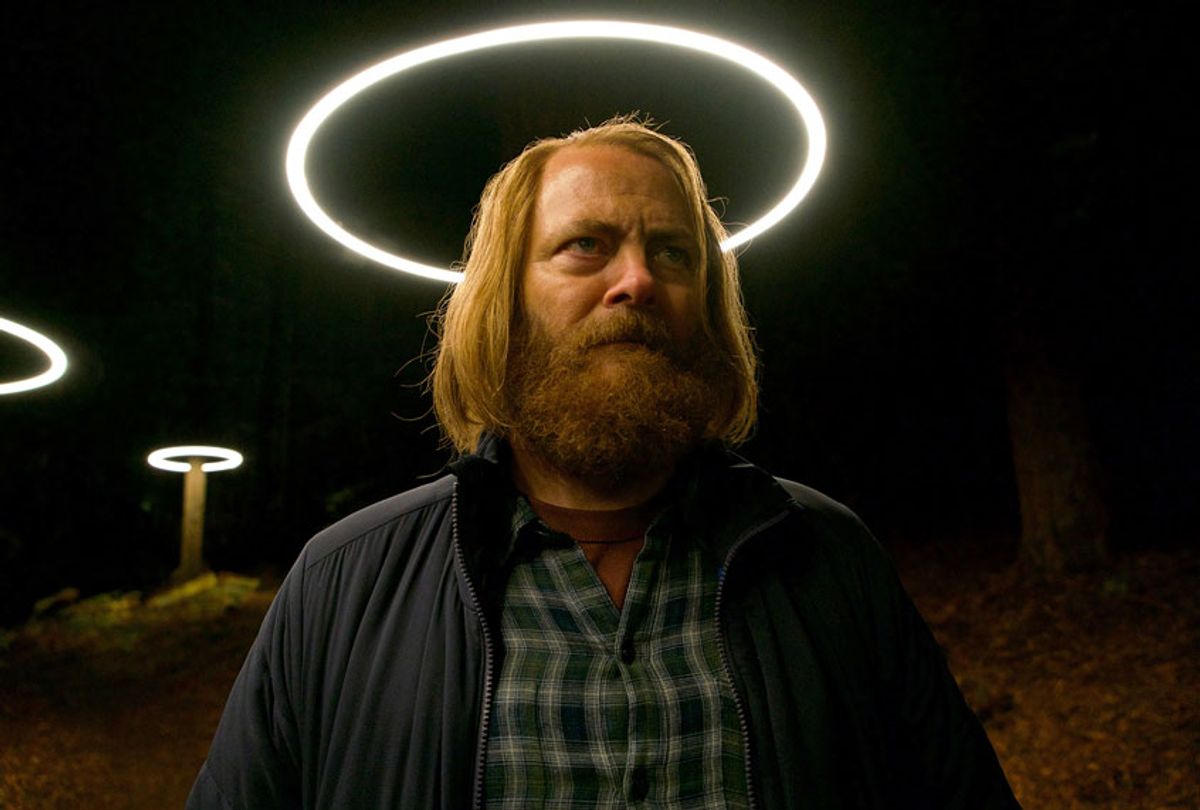 Complaints about the mindlessness of television used to be louder. They still exist, and I'm guessing most adherents to that paradigm are still as vociferously opposed to it as ever. (I use the word "guessing" here because I do my best to avoid those people.) And in some respects, they're not entirely wrong: there is plenty of mindless out there because there's plenty of TV in general, be it stultifying or mediocre or brilliant.

What there still isn't much of is mindful television content, the kind of series that doesn't do that classic "it really makes you think" kind of thing but invites you to watch with a sense of expansiveness. Alex Garland, the creator of "Devs," has a singular way of prying open the observer's mind space in such a way as to make his stories linger on the psychological palate.

Someone who watches his films "Ex Machina" or "Annihilation" is as likely to speak of it in terms suggesting that the concepts behind its stories have haunted them. That's before you even start picking apart cinematographer Rob Hardy's simultaneously gorgeous and disturbing visuals, like the sight of roots growing into human skin or entirely human faces sitting atop robotic skeletons. Or each film's spare, minimalist score, that walks the line between distinctly melodic and atonal.

Garland's eight-part limited series for FX expands his narrative ruminations on the bizarre, ominous relationship between humankind and alien mechanics – alien meaning otherworldly, or unknown – by landing it in the all too familiar world of the tech industry.

For people with some knowledge of the interior workings of that world I'd imagine "Devs" will be some version of a power fantasy. Personality-wise programmers and engineers are no more a monolith than workers in any other industry but most share some version of the thought that the work they're doing has the potential to significantly impact or even change the world in some way.

The technological marvel around which the "Devs" narrative spins represents an extreme broadening of that concept that is, to some, magnificent and to others magnificently terrifying.

Most of the television audience consists of customers, not programmers, and this is where I'm guessing the divide will emerge. Because unless you're familiar with Garland's work and mainly know "Devs" star Nick Offerman as Ron Swanson from "Parks and Recreation," the deliberately unbalanced feel of it might be off-putting.

Even people who have seen his films might not be up for a series that demands close viewing for more than appreciating style or for watching for supposed Easter Eggs, but for the sake of submitting to an induced consciousness shift. Simply reading that sentence might put you off the thing, but I assure you, don't back off or you'll miss what is, for all of its aesthetically mesmerizing chill, a pretty damn engrossing modern horror story. It's just one that substitutes frightening examinations of determinism and free will for monsters and gore.

There is a monster in this story, to be sure. Several, actually. At first look, though, the creepiest aspect of "Devs" is the gigantic statue of a little girl lording over the corporate campus of a quantum computing company called Amaya. Lily Chan (Sonoya Mizuno) and her boyfriend Sergei (Karl Glusman) both work for Amaya, but in separate divisions. And Sergei's work on a project commissioned by the company's owner and founder Forest (Offerman) impresses the boss and his right hand, Katie (Alison Pill), to such a degree that he get promoted to the company's super secretive Devs team, when he joins teen coding prodigy Lyndon (Cailee Spaeny) and Stewart (Stephen McKinley Henderson), the pod's paternal figure.

Within Amaya, being promoted to Devs is essentially the equivalent of getting a passkey to Valhalla. Nobody knows what goes on in there because no one on the team is allowed to talk about any aspect of their work, or bring anything inside the workplace or take anything out of it. To tell you, the potential viewer, what's happening inside the cube that houses the Devs project would spoil the drama's entire trip; besides, I'd botch the technical explanation in some respect.

The part that's easy to understand is the mystery serving at the plot's spine: something terrible happens to Sergei, careening Lily into a paranoiac nightmare in which she realizes she can't trust anyone but her ex-boyfriend Jamie (Jin Ha), a cyber security specialist who gets swept up in the madness.

In this respect, "Devs" is quite user friendly. The forces encircling Lily and Jamie aren't avatars of techno-gimmickry or anything similarly complicated – indeed, the scariest is Amaya's head of security Kenton (Zach Grenier), a gruff hired gun dedicated to protecting Forest's interests at all costs without betraying a tick of emotion, regret, or much if any humanity.

Plugging into "Devs" requires acceptance or at least tolerance of the overriding chill in its look and some performances. Mizuno has worked with Garland before, and here she's placed in a forlorn role that largely calls for her to veer between sorrow, numbness and anxiety.

Never is her performance listless or not animated, and in fact she gives us exactly enough rage and fear to compel us to follow her through the maze of this cold world. Next to her Ha is almost naively humane; he's also the series' most easily likable character aside from Lyndon and Stewart, whose father-child dynamic adds a note of warmth to an elegantly sterile workplace setting.

But Pill's Katie and Offerman's Forest are the fascinations of "Devs" because their personas are defined by emotional, logic-free certainty, operating within the framework that everything can be explained by data, even theory. (Again, tech industry employees in the "Devs" audience probably know or work with or for a Forest or a Katie, which may make the experience of viewing it either cathartic or doubly disturbing.)

Again, without spoiling the series' enigmatic operating system, these are people so obsessed with the cause and effect, and the possibility that they might be capable of not merely changing the world but programming it.

While that drive inspires Pill to create a personality out of pure frost that she scoops into her character, Offerman's portrayal vibrates with a mania that erupts out of air – the effect of which is utterly shocking – or vibrates right behind his eyes. He flips Forest's mood switches on and off in an instant, which only adds to the tension and unpredictability.

This is the aspect of "Devs" that went farthest in earning my appreciation, its ability to dole out shocks that I didn't see coming, which gets tougher to do with the more TV shows a person watches, and the assuredness with which it milks the utmost tension out of developments we're meant to see coming. Garland juxtaposes one of these moment and collides others intentionally, I'm guessing, to illustrate the nature of determinism in some respects and question its validity in others. I don't see that as overthinking the story but rather processing it, absorbing it. And that makes "Devs" a special device, one rewards screen time by sparking some new reason to appreciate it the further it takes us into its maze.

The first two episodes of "Devs" is available to stream on FX on Hulu now, with new episodes releasing on Thursdays.