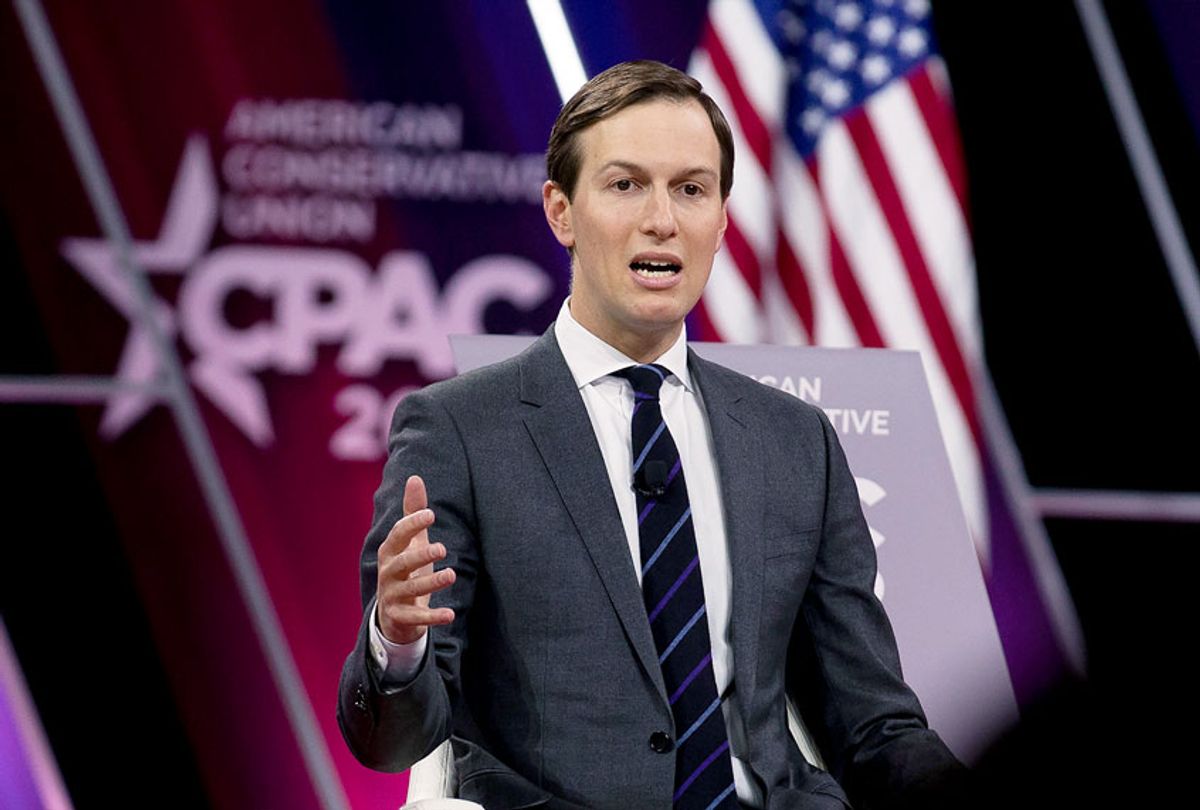 Jared Kushner, the son-in-law of President Donald Trump who also serves as a senior White House adviser, sold his stake in a real estate company more than three years after he said he would be stepping back from his businesses.

However, Kushner did not do so before the company benefited from tax cuts that he lobbied for as a member of the Trump administration.

"When Cadre, with which Mr. Kushner has not been involved for over three years, decided to pursue opportunities that could unknowingly to Mr. Kushner become future conflicts, he took the guidance of White House counsel and the Office of Government Ethics and put in place a blind divestment process," Kushner's attorney Abbe Lowell told the outlet. "This is the latest example of how seriously he takes this responsibility."

While Kushner stepped down as CEO of Kushner Cos. and stepped back from his role at Cadre when he joined the White House, he kept his stake in the firm. Kushner only divested from some of his holdings to close family members.

When Kushner first entered the White House, his stake was valued at $5 million, The Associated Press reported. But his filing to the Office of Government Ethics shows that the stake is now worth between $25 million and $50 million.

Kushner drew criticism that he was "benefiting from his White House role," the AP reported, after the company took advantage of tax breaks offered by Opportunity Zone projects, which Kushner lobbied for.

The Opportunity Zone tax breaks, which were included in the 2017 Republican tax cuts, offered capital gains tax breaks to companies that invested in poor neighborhoods. The program has since come under internal investigation after reports that Trump's rich friends and other wealthy firms exploited the tax breaks.

Cadre told the AP that it plans to "invest heavily" in neighborhoods covered by the Opportunity Zone program, but "it is unclear just how much it has done so," according to the report. The AP also noted that Kushner Cos. owns dozens of properties in Opportunity Zones, but it is also unclear if it has taken advantage of the tax breaks. Bloomberg reported that it has sought investments in opportunity zones since the program was created.

A lawsuit brought by the Maryland attorney general accused Kushner Cos. of "unfair or deceptive" practices in their Baltimore apartment complexes after a years-long investigation found that it charged residents "sham fees" and used strong-arm debt collection tactics while ignoring mounting complaints of rodent infestations and deplorable living conditions. The company owns about 9,000 units in the Baltimore area.

Kushner's reported profit on the Cadre sale brought a new round of criticism that he was using his position to benefit himself.

"I feel like a top presidential aide personally pocketing $20 million off a policy he pushed should maybe be a bigger deal," Vox reporter Dylan Matthews tweeted.

Rep. Rashida Tlaib, D-Mich., said the Kushner sale shows that "Opportunity Zones' process and it's intent has been corrupted by wealthy developers."

"It was supposed to benefit poor communities," she added on Twitter, "and instead ended up becoming a huge tax break for the rich."

"Nice return on investment for Kushner — 500% — based on policies he pushed for in the corrupt Trump White House," former Labor Secretary Robert Reich wrote. "When these people are out of the White House and the Justice Department is returned to the people, we need criminal investigations of their self-dealing."