Don't allow bitterness over the Democratic primaries to re-elect Donald Trump. That's exactly what he wants 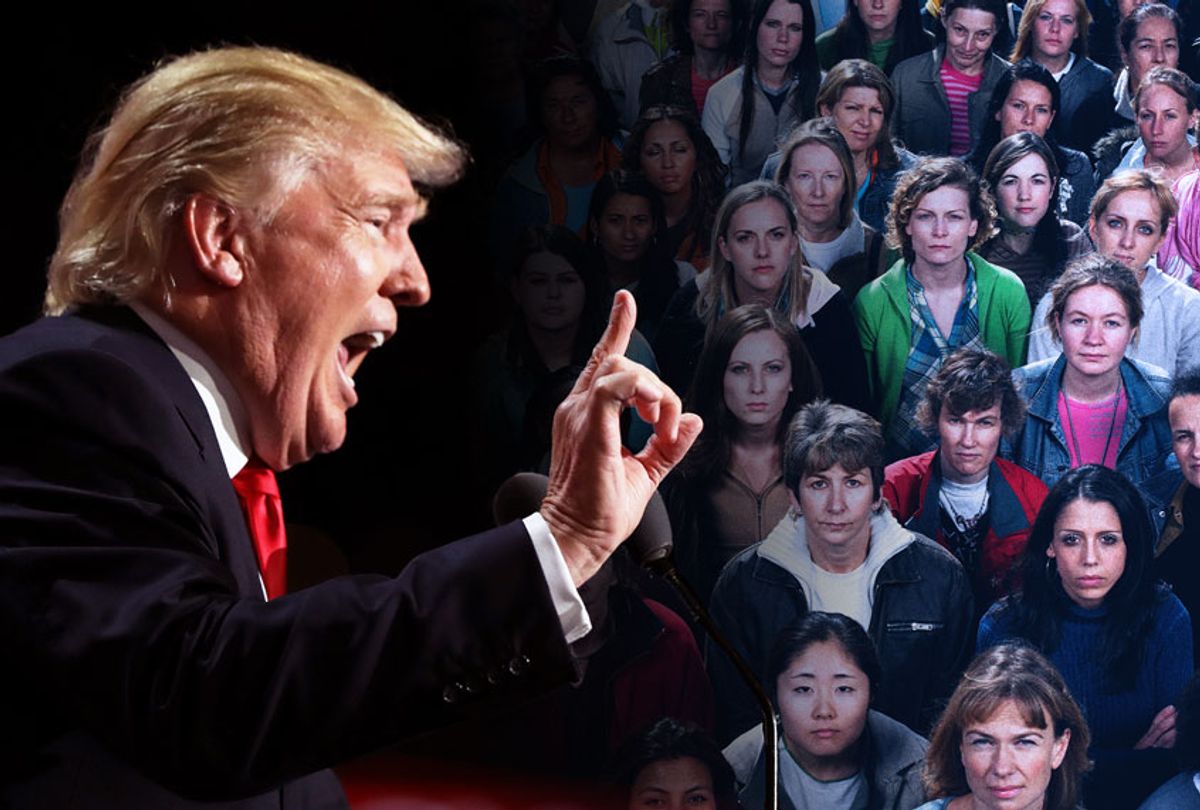 Democracy is the worst form of government — except for all the others. The Age of Trump has once again shown this observation to be true.

America is a failing democracy. A reality TV show character became president by peddling lies, racism, bigotry, misogyny, ignorance, cruelty and fake populism to angry, resentful and nihilistic white voters. Trump lost the popular vote to Hillary Clinton by nearly 3 million, but still wound up in the White House because of an antiquated Electoral College system — and quite likely because of outside interference from a hostile nation.

Our attempt at removing the demagogue from office through the vote has shown just how messy democracy can be.

While the Democrats' enemy is obvious — an authoritarian who has been elevated to a king by his Republican allies — the opposition has responded with too many primary debates featuring too many candidates, who seem more interested in fighting with each other than in focusing on the existential threat to the country embodied by Trump.

The saga continues: On Super Tuesday, more than one-third of the total delegates to the Democratic convention were decided, across 14 states and one territory. Former Vice President Joe Biden won 10 of those states, including Texas, Arkansas, Alabama, Maine, Massachusetts, Minnesota, North Carolina, Oklahoma, Tennessee and Virginia. Sen. Bernie Sanders won Colorado, Utah and Vermont as well as California, the biggest single prize of the night.

Only days earlier, many pundits and other observers had pronounced Biden's campaign to be on the verge of death. He has now roared back to lead national opinion polls. Biden also now has more total delegates than Sanders, although once the California delegates are apportioned they may be nearly even. If no candidate has more then 50 percent of the pledged delegates by the end of the primary season, a painful and fractious "brokered convention" may be necessary in July to decide the Democratic nominee. Such an outcome will leave the Democrats weaker in taking on Donald Trump and his movement.

Compared to the Democrats, Trump's movement is committed, disciplined and unified. Trump is remarkably popular among his followers. He commands a cult-like level of devotion. His voters treat politics as a religion. They will show up in large numbers at the command of their Great Leader and his mouthpieces in Fox News and the right-wing echo chamber, as well as in the white right-wing evangelical churches, to vote for him on Election Day.

As I explained in an earlier essay at Salon:

By contrast the Democratic Party is a loose coalition of various groups. Its politics are overlapping and somewhat inconsistent, and Democrats are nowhere near as ideologically rigid as Republicans. That was true before the rise of Trump and his authoritarian assault on democracy, the rule of law, truth and reality itself, and remains true now.

To defeat a right-wing authoritarian movement, the Democratic Party's fractious coalition will have to put aside its internal differences and unite around one candidate. Unfortunately, public opinion and other research shows that Democrats may not be capable of the level of unity and loyalty which is necessary to defeat Trump and his movement.

In his much-discussed new article "Democracy Devouring Itself: The Rise of the Incompetent Citizen and the Appeal of Right Wing Populism," Shawn Rosenberg, a professor of political science and psychology at UC Irvine, argues that Western democracy is in a death spiral from which it is unlikely to recover.

This dire outcome is a function of various factors, including demagoguery, tribalism and the disorienting effects of digital technology and new media, as well as poor political decision-making by the average person. Rosenberg offers this warning and challenge:

[T]he majority of Americans are unable to understand or value democratic culture, institutions, practices or citizenship in the manner required. To the degree to which they are required to do so, they will interpret what is required in distorting and inadequate ways. As a result they will interact and communicate in ways that undermine the functioning of democratic institutions and the meaning of democratic practices and values.

If their inadequacy is made apparent, they will be unable to correct in the necessary way. Instead, they will simply be left confused, uncertain and insecure. This may simply lead them to withdraw from the public sphere of democratic life.

Retreating into private life or unconsidered economic pursuits they may ignore and/or reject politics and eschew any form of political participation.

Ultimately, the 2020 presidential election is a test of the American people's personal investment in democracy, the rule of law and the Constitution. Those Americans who supported Donald Trump in 2016 and continue to do so in the 2020 election have already failed the test.

The Democratic Party and its voters — including independents, NeverTrump conservatives and other Americans of conscience — have an opportunity to rise to Rosenberg's challenge by rallying around the Democratic Party's presidential nominee in order to oust Donald Trump.

The 2020 presidential election will be decided by which party and which candidate can drive the highest voter turnout. For better or for worse, in a political environment where there are few true "swing voters" and where negative partisanship and extreme polarization dictate the American electorate's voting behavior, this is a moment when the average person can have an outsized impact on the country's future.

In a new essay for the New Republic, political scientist and pollster Rachel Bitecofer describes this moment in political history:

As the electorate is currently constituted, there are more potential Democratic voters out there than there are Republican, and not just in California. There are more in the Midwest and in the Sun Belt. There are so many more in Virginia and Colorado that both states have moved off the swing state map.

The 2020 election will be a battle of the bases, with nothing less than the country's survival as a functional democracy on the ballot. Partisanship is a hell of a drug — especially when it's cut with a heavy dose of existential fear.

There are eight months to Election Day. Much can and will happen that is outside of the ability of the pundits, the pollsters and the commentariat to predict. But one thing is certain. There will be Democratic and independent voters who are upset that their preferred candidate is not the party's presidential nominee. Some of these voters may choose to stay home, to vote for a meaningless third-party candidate or even to support Donald Trump in some ill-conceived protest against the system.

Such impulses are dangerous. Instead, these angry and disaffected Democrats and independents must vote with their heads and not their hearts, must embrace a new maturity, and must abandon childish purity tests that are best suited for halcyon days and a time of "normalcy" than for the nightmarish crisis of the Age of Trump.

Not to support the Democratic nominee — whoever that may be — is to aid Donald Trump and his authoritarian movement in their quest for a second term.

Moreover, not to vote against Donald Trump is to betray American democracy and the very values that so many disaffected progressives, Democrats and independents claim to embrace. Is the Democratic Party perfect, or even fully functional? Of course not. But to sabotage it now is to embrace darkness.