Yale psychiatrist: Trump is “putting lives at risk” with coronavirus; Pence is “enabling” him

Trump lackeys who enable his "pathology" on coronavirus pandemic "will be ruinous for all of us," says Bandy Lee 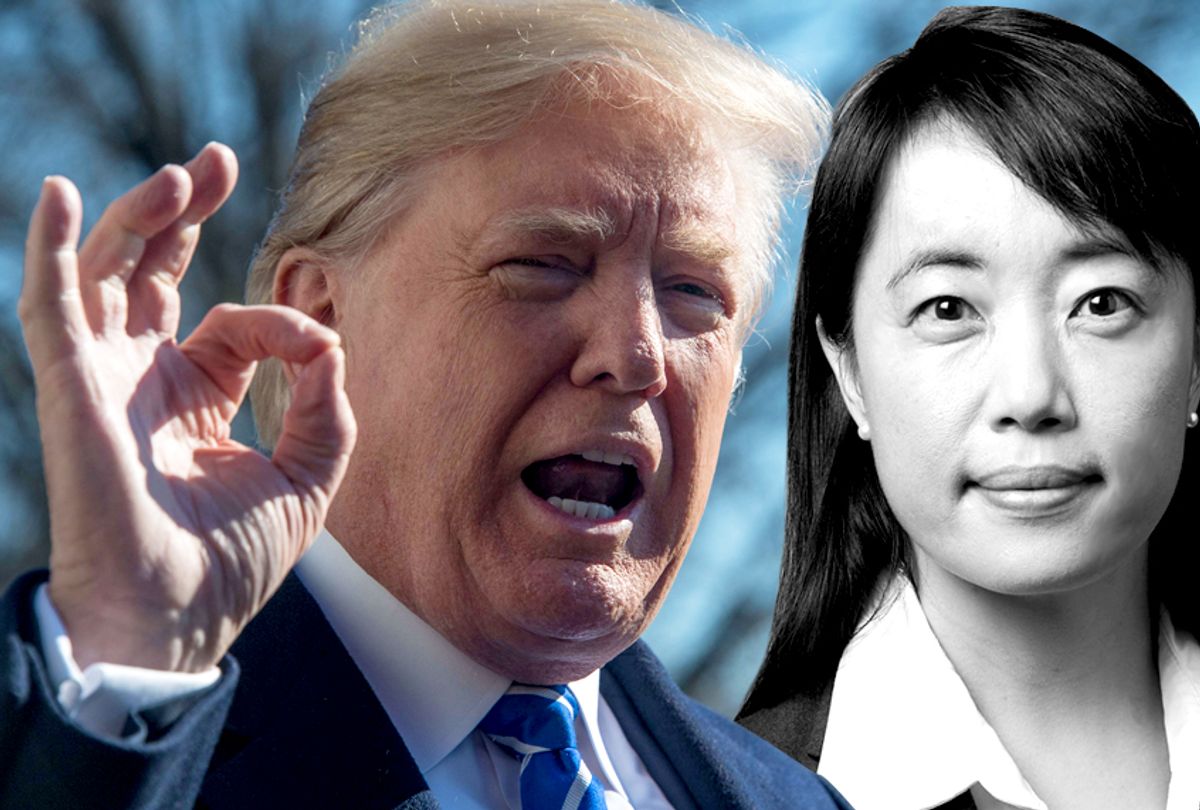 President Trump's preoccupation with his own image amid the spread of the coronavirus is "putting lives at risk" and Vice President Pence is only "enabling" him, Yale psychiatrist Dr. Bandy X. Lee told Salon in an interview this week.

Lee is a forensic psychiatrist at the Yale School of Medicine who also teaches at Yale Law School and has spent the last three years urging Congress to respond more forcefully to the dangers posed by what she sees as the president's deteriorating mental health. Lee, who consults widely with state and foreign governments on public health approaches to violence prevention, urged the House Judiciary Committee to include a panel of mental health experts during Trump's impeachment and called for House Speaker Nancy Pelosi to request an involuntary 72-hour psychiatric hold of the president.

Some mental health experts have pushed back on Lee's comments. Dr. Amy Barnhost, a psychiatrist at the University of California, Davis, previously told Salon that such calls would do more harm than good. Lee argues that Congress and other government officials have enabled Trump's worst tendencies by not acknowledging the risk posed by the president's mental state.

Lee told Salon that Trump's acquittal emboldened his behavior and urged Democratic presidential candidates Bernie Sanders and Joe Biden to bring the issue of the president's mental health to the "forefront," arguing that Trump's response to the coronavirus epidemic is putting lives at risk.

"I have been speaking up about Donald Trump because of the psychological dangers and the medical need I see, having nothing to do with politics," she told Salon. "Consequently, I have no need to call out Joe Biden and Bernie Sanders as big concerns, since for all their shortcomings they are nowhere near being a similar level of danger. I would say the exact same things about Mr. Trump if he were a Democrat — and that is how I, as a long-term New Yorker, remember him, as a libertine Democrat without morals or religion."

Lee spoke with Salon about her impressions of the president's response to the potential pandemic and what Democrats can do to counter the risks posed by Trump's actions. She specified that her views represent only those of the World Mental Health Coalition, of which she is president, and not of her academic institutions.

You've often warned of the dangers of Trump's mental health. Do you think his mental state poses a danger as he is forced to respond to the coronavirus outbreak?

I believe it is the biggest threat right now, and people are beginning to see how his distorted view of reality is putting lives at risk. His inability to respond to a real emergency because of his preoccupation with his image and his re-election prospects sent the stock market on its largest one-day plunge in history. But this is just the tip of the iceberg. From coronavirus to the climate threat to a new nuclear arms race to the southern border, he worsens every situation in more ways than we can see, such as by gutting every agency that was set up to prepare for emergencies. This is not by accident. The mind is powerful, and I fear that perhaps the greatest danger is the alternative reality he is creating for his followers — all to buttress his fragile sense of self and to hide his incompetence.

I have said elsewhere that we are facing a test as to whether we can admit that reality is different from delusion, and expertise from wishful thinking, if our lives depended on it. But frankly I know enough about the mind to know it will not make a difference where it matters most.

Are you reassured that Vice President Pence is now heading up the administration's coronavirus response?

Not at all. I consider him an extension of the president's false belief system, including the denial of science, and that is why he was appointed rather than a public health official. This is often how it works: An incompetent leader will prefer incompetent appointees, precisely because of their incompetence.

Joe Biden and Bernie Sanders appear to be the last candidates standing in the Democratic race. What do you think they should publicly say about Trump's mental health?

Mr. Trump is dangerous because he has the symptoms of someone who is severely impaired — that is, he avoids evaluation and treatment at all cost. This is likely why White House doctor Ronny Jackson, who is no longer in his position, went on to apply a false cognitive screen that full-blown Alzheimer and hospitalized schizophrenic patients are known to ace — so much so that an Alzheimer research consortium warned not to use it to replace full neuropsychiatric testing — and he did so to declare his employer and commander in chief "fit for duty." It was essentially a way to avoid a real exam.

My appeal to Mr. Biden or Mr. Sanders would be only because they have a platform, since the Congress has failed to remove the dangers: Mr. Trump's mental impairment continues to be the most critical emergency on which the fate of the human species depends. The American people depend on their leaders to address national emergencies with commensurate focus and level of concern. Medical professionals have a societal responsibility to protect public health and safety, independent of whether or not we are called upon to consult with politicians for a political purpose.

So what can they do? They can place the issue at the forefront. Frankly, it is an even bigger emergency than coronavirus, since our ability to respond appropriately will also depend on the president's mental capacity. This is the president for whom thousands of mental health professionals came forth warning against his psychological dangers, which has never happened with any president of any party in U.S. history. I believe voters are far ahead on this issue, since polls show that they are much more worried about removing Mr. Trump from office than whether or not their preferred candidate wins.

The candidates do not need to be directly confrontational. They could set the standard, by undergoing the test themselves, for requiring a minimal level of mental capacity before they take office. My colleagues and I have set up a peer-reviewed, independent, nongovernmental expert panel, based on medical criteria only, for this purpose and it is ready to go. But it does not have to be our panel — any panel with the appropriate expertise would do, but it has to be independent.

On Monday, Trump suggested that Biden is mentally unfit to be president. How do you think he will react to Biden's resurgence over the coming months?

We understand what is happening with the president through his projections. Almost all that he says about others will be about himself and himself only, since he shows little ability to imagine anyone outside of himself. This can also be useful: Whatever he says we should do about others, he is unconsciously telling us what we need to do about him. It will hence be very important to listen for what he says.

Pundits like Bill Maher and others have warned that Trump "may not leave" office in 2021 if he loses the election. How do you think he might react if he loses to Biden or Sanders?

I fear what is not happening now. Mental health professionals and lawmakers alike are not only hiding within but shrinking the borders of their lanes. Congress members may not have expected the ballooning of delusional-level beliefs in omnipotence and impunity that would result from delaying impeachment, but now they have witnessed it. Yet they are reticent to go back to impeachment, even though legal experts say there are dozens of other, more serious impeachable offenses than Ukraine. This paves the way for Mr. Trump to repeat Ukraine and many more serious abuses in the months to come, as well as to grow into the notion that he should stay in office forever. People believe that giving into his extreme pressures will calm him, but the opposite is true: It only balloons his expectations, and enabling his pathology will eventually be ruinous for all, including himself.