The "Amazing Stories" reboot doesn't live up to its name, but it doesn't have to 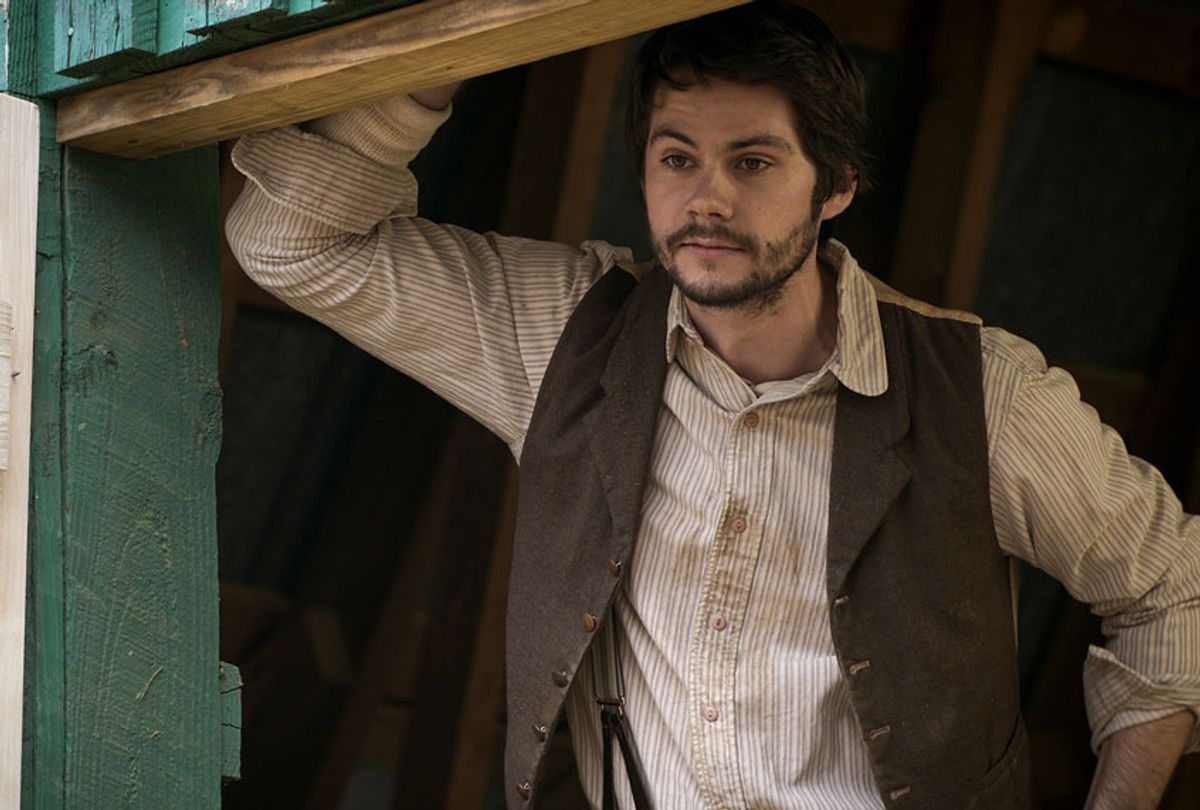 Producing an anthology series that is fresh and more or less consistent in quality is not easy. You may think it is, given the number of shows kicking around that define themselves as anthology series, playing loosely with what that means. But just because there's a bounty of a certain type of series doesn't mean they're all equal, or even good. The people in charge of programming Apple TV+ know this. The streaming service happens to have an wonderful and sturdy anthology series in its stable in "Little America."

In comparison, its five-part "Amazing Stories" reboot barely qualifies as serviceable. We're talking quality here, not subject matter; the two shows couldn't be more dissimilar, save for the common idea of portraying some portrait of what America is and the magic that can happen here.

The America in "Amazing Stories" is a vision filtered through the lens of executive producer Steven Spielberg, who conceived the short-lived NBC series that aired between 1985 and 1987.

The original "Amazing Stories" was a ratings bust, but back then there were kids who loved its simple, family-friendly fables. Some of those kids are now adults with a fuzzy fondness for childhood wonder and enough disposable income, maybe, to purchase an Apple TV+ subscription

Others are in charge of greenlighting TV series. Two others, the revival's executive producers and showrunners Edward Kitsis and Adam Horowitz, made a name for themselves transforming Disney cartoon princesses into a live-action drama suitable for ages five (I'm guessing?) and up that was ABC's "Once Upon a Time."

Add it all up and what you get is show with sci-fi aspirations trading on a brand name and fueled in large part by foggy remembrance of yesteryear – rather, this is what one may conclude after watching "The Cellar," starring "The Maze Runner" star Dylan O'Brien and Victoria Pedretti from Season 2 of "You."

Written by Jessica Scharzer, this is a simple story that hews to Spielberg's classic portrait of small town American which, in 2020, translates to an exurb. The location and circumstances are straight out a sci-fi comic Chip and Joanna Gaines might have co-written: A pair of brothers have been contracted to restore a stately farmhouse conveniently located in the middle of nowhere.

While the older brother is a happily married man with toddler and a loving husband and dreams of expanding his one man real estate restoration business into a family affair, O'Brien's character Sam is addicted to dating apps and one night stands.

But that all changes when Sam is poking around and comes across a box of abandoned keepsakes left there by a previous and very much long-gone owner, including a photo of an attractive woman who would have been around the same age.

Conveniently he stumbles upon some sort of weird rift in time and space in the basement, and faster than you can click your heels together three times, he's whisked back to 1919. Most Millennials would be straight bummed by this turn of events, but Sam crosses paths with Evelyn (Pedretti), the woman in the picture, and adventure ensues.

Time traveling romances are popular, and the nice thing about "The Cellar" is that their love affair is chaste and sweet and involves a fair amount of danger, but nothing too upsetting for the kids. But that's about the best compliment one can offer about this episode: it's nice. The stakes are pretty low and it's easy enough to guess the outcome, twists and all, because you've probably seen some version of this sort of show before, and not necessarily with softly lit, tender sex scenes with a Scotsman.

And this is the challenge that "Amazing Stories" and any other genre reboot has to contend with. It's tough to retrofit a certain format into a new era without taking into account what the audience already has seen and expects of that format. The same problem plagued Jordan Peele's revival of "The Twilight Zone" for CBS All Access, a series that wasn't bad and had a few inspired episodes shuffled into its playlist but as a whole never rose very far above the level of fair-to-OK.

"Amazing Stories," meanwhile, is battling to be noticed in a corner of the television landscape that is largely defined and ruled by "Black Mirror" while holding to the series' commitment to wholesomeness. And that is certainly possible; even "Black Mirror" included a couple of love stories fueled by charm that parents could watch with their children.

Unfortunately for "The Cellar" its themes bear the loosest resemblance to one of the best "Black Mirror" episodes there is. And in terms of quality this episode doesn't hold a candle to "San Junipiero." It barely even meets the pluckiness of the Sam Dimas we're treated to in "Bill & Ted's Excellent Adventure."

The upside is that if you aren't smitten by the opening act of "Amazing Stories," you can always come back the following week to see what sort of wonder the producers have cooked up, and you can trust that it'll be pleasant and wholesome and inoffensive – good enough, in other words. But "Amazing"? That's pushing it.