Last stand for Bernie? He needs a big win Tuesday to have any real chance

After the Biden wipeout of Super Tuesday, Sanders needs big wins in Michigan and Washington to prove he is viable 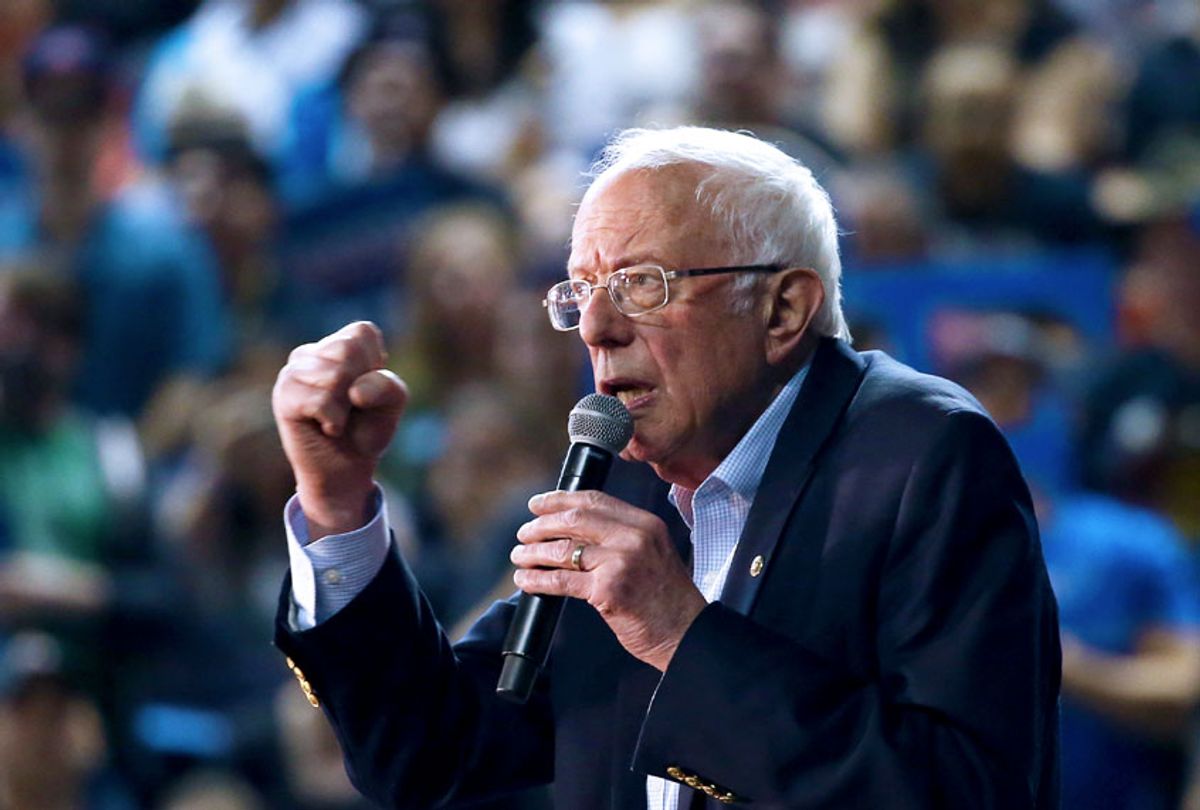 Can Sen. Bernie Sanders secure a victory big enough in the March 10 primaries to stay competitive in the Democratic presidential race against former Vice President Joe Biden? Any number of forecasters are shaking their heads forlornly and pre-writing obituaries for the Sanders campaign, but there's no real way to know until they start counting the actual votes on Tuesday evening.

As I wrote last week, the one stable factor in this race has been the lack of stability. Even the thumping that Sanders got last week, where Biden won 10 of 14 states and outperformed expectations even in the ones he didn't win, came as a surprise. No doubt that's why the psychological damage done to Sanders supporters outstripped the actual losses. Biden is leading Sanders by fewer than 100 delegates — with some in California, which Sanders won, still to be assigned — and there is always the chance that the jumpy Democratic base, in yet another fit of buyer's remorse, shifts again towards Sanders.

That said, I'd be lying to readers if I said it was looking good for Bernie. After lingering in second place for weeks, Biden has surged ahead in the polls, with the weekly Morning Consult poll giving Biden 56% support, with only 38% for Sanders. Moreover, despite the intense pressure before Super Tuesday from Sanders supporters demanding that Sen. Elizabeth Warren of Massachusetts drop out (which she finally did late last week), the evidence suggests that the belief Warren was "stealing" Sanders' votes was simply wrong — not just on the grounds that she doesn't actually owe Sanders anything, but on the statistical merits. Polling data shows that Warren's voters are evenly split between Biden and Sanders as their second choice.

The problem appears to be, in no small part, that the Sanders campaign didn't account for the likely possibility that these primaries would turn into a two-person race fairly quickly. Instead, as Edward-Isaac Dovere of The Atlantic reported last year, the campaign seemed to understand that it had a natural ceiling of support at around 30% of the Democratic electorate. Sanders' strategists believed they wouldn't need more than that in "a field that [kept] growing and splitting support" and assumed that with solid core of voters, the Vermont senator would have "enough delegates to put him into contention at the convention."

The fatal flaw in that plan, however, should have been foreseeable: If and when most of the "moderate" candidates dropped out, and if Sanders failed to hustle for their endorsements or win over those important constituencies, his last remaining opponent would scoop them all up.

The past week has not been a heartening one for those who believe Sanders would make a better opponent against Trump than Biden. To this point, Sanders has failed to win over Warren's endorsement. Or anyone else's, for that matter. Both Sen. Kamala Harris of California and Sen. Cory Booker of New Jersey joined their fellow primary-season dropouts, Sen. Amy Klobuchar of Minnesota and former South Bend, Indiana, mayor Pete Buttigieg, on Team Biden.

Rather than accept responsibility for failing to secure these endorsements — Warren's should have been easy, but was no doubt made harder by the online harassment of her supporters and by Sanders throwing her under the bus during a debate — Sanders went on TV to complain about Biden scooping them up.

"The establishment put a great deal of pressure on Pete Buttigieg, on Amy Klobuchar" to "suddenly, right before Super Tuesday," announce their withdrawals, Sanders said on "Meet the Press" on Sunday. He added that his campaign not only fought "the entire political establishment, we're taking on the corporate establishment as well."

There's undoubtedly some truth to that, but it also sounds too much like Sanders dodging responsibility for not doing more to expand his support. Getting Warren's endorsement should have been a slam dunk, as they have much in common ideologically and have often described themselves as friends and allies. But the lingering bad blood after all the online hostility — which was celebrated instead of denounced by prominent pro-Sanders media outlets — is clearly still a factor.

Sanders' efforts at winning over more black voters, after getting routed with that demographic across the South, don't seem to be going very well either. A Sunday article in the New York Times about a campaign stop in Flint, Michigan, suggests that the Sanders campaign simply doesn't known how to fix the problem. The campaign "billed the event as an opportunity for him to make a case directly to black voters," but "the audience ended up being overwhelmingly white," and Sanders mostly stayed silent on racial issues, instead playing the role of a moderator asking questions of guests like Dr. Cornel West, who used his time to call Biden a "neoliberalist" and suggest that black leaders who backed Barack Obama's former vice president had "sold out."

In 2016, Sanders pulled out a surprising win in Michigan over Hillary Clinton, under similar polling circumstances. If he can do it again this time around, it could breathe real life into his campaign, as Michigan has 125 delegates to assign, the week's biggest single haul. It's also plausible he could do well in Washington state, which has 89 delegates to assign. So there's definitely a chance that the current narrative that Bernie is finished could turn around overnight.

Sanders' best bet is that despite the mood of negativity and failure around his campaign, his supporters realized that their man faces decisive defeat and got their hustle on this past week. A big win on Tuesday night that helps Sanders close the delegate gap — and shift the momentum — would buy him time to turn the ship around and start making the changes necessary to expand his base of support, rather than simply counting on his stalwarts to carry him over the finish line. If Sanders survives this, there is a one-on-one debate scheduled this Sunday where he should do well, since win or lose he is a livelier and more coherent speaker than Biden. But whether that debate even matters mostly depends on whether Sanders can exceed expectations one more time and pull off another surprise.