“He has told us nothing of any importance," Sunny Hostin said as she corrected the Republican's claims about Trump 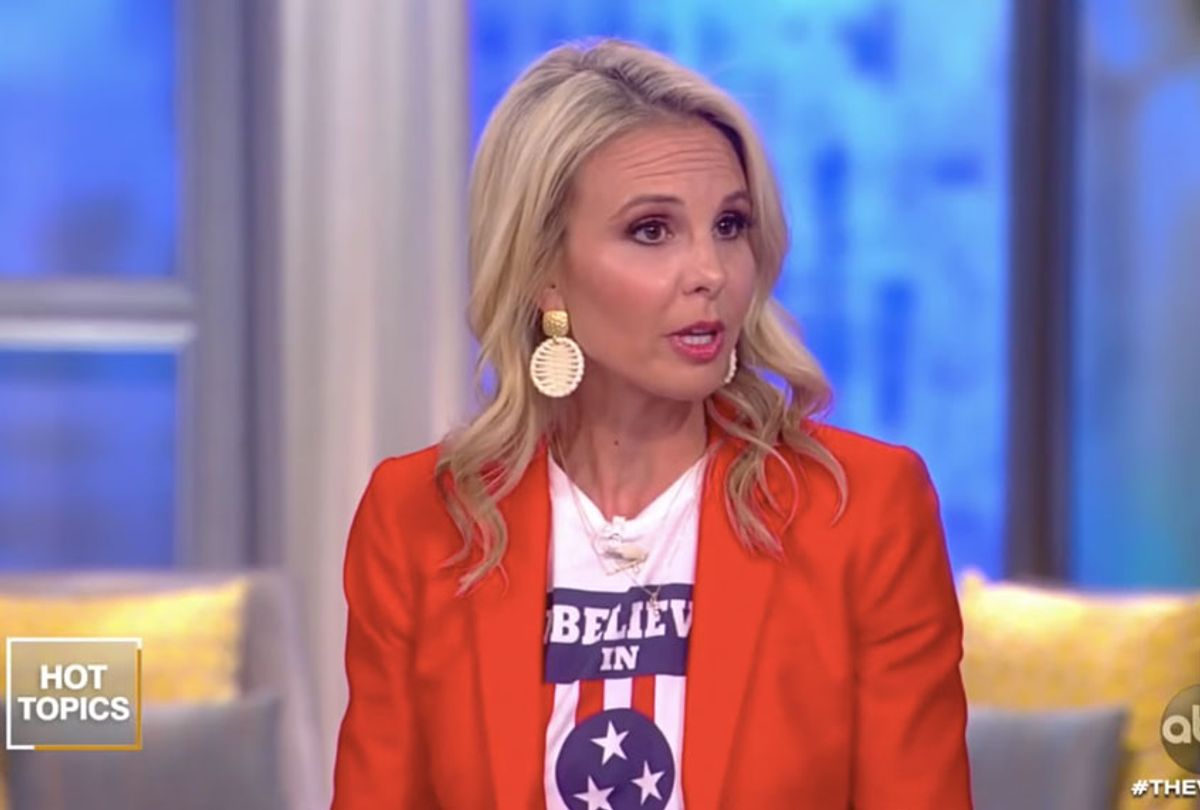 Elisabeth Hasselbeck on The View (ABC)
--

Elisabeth Hasselbeck returned to "The View" and immediately sparked a clash by praising President Donald Trump's leadership during the coronavirus crisis.

The retired talk show host returned after seven years to the show where she worked for a decade, and the conservative Hasselbeck quickly defended the president's response to the outbreak.

"There can be a fine line between what is precaution, right, what is taking precaution and what is panic," Hasselbeck said. "So I think a lot of it has to be decided. Yes, we're going to take precautions, we're going to [use] Purell. Pray that God's got us in our tomorrows, right, we pray that this coronavirus is extinguished, that it's stopped in its tracks. I love the fact that we can identify that this is precautionary, right?"

"We've had affected cases, those are serious," she added. "We've had deaths, those are serious. This is not to be taken lightly at all, but we shouldn't be in a state of panic because what we're doing, and taking cues from our president, is taking early, strong, bold actions to keep this at bay as much as we possibly can right now. We're still on the front end of this. We're on the very front end of this now, and I feel comfortable and confident that because of strong leadership."

Co-host Joy Behar cut her off.

"Where's this strong leadership?" Behar said, and co-host Sunny Hostin pushed back, as well. "He has told us nothing of any importance."

Hasselbeck asked Behar to explain what she meant, and then pointed to Trump's proposal to extend the deadline for filing tax returns.

Hasselbeck argued the pause would help Americans who were forced to stay home from work, but Hostin fired back that it would do little to help the workers who lacked paid leave at their jobs.

"Sixty-nine percent of Americans live paycheck-to-paycheck," Hostin said. "There are only 12 states, plus D.C, you know, [that] have paid leave, and then you have one in four Americans that don't have paid leave, especially low-wage workers."

Hasselbeck conceded that was a good point, but Hostin continued laying out the evidence of Trump malfeasance.

"They are going to work when they don't feel well because it makes the difference for their family," Hostin said. "So when you look at the response, Elisabeth, from this administration, it hasn't been good. I don't see real leadership."