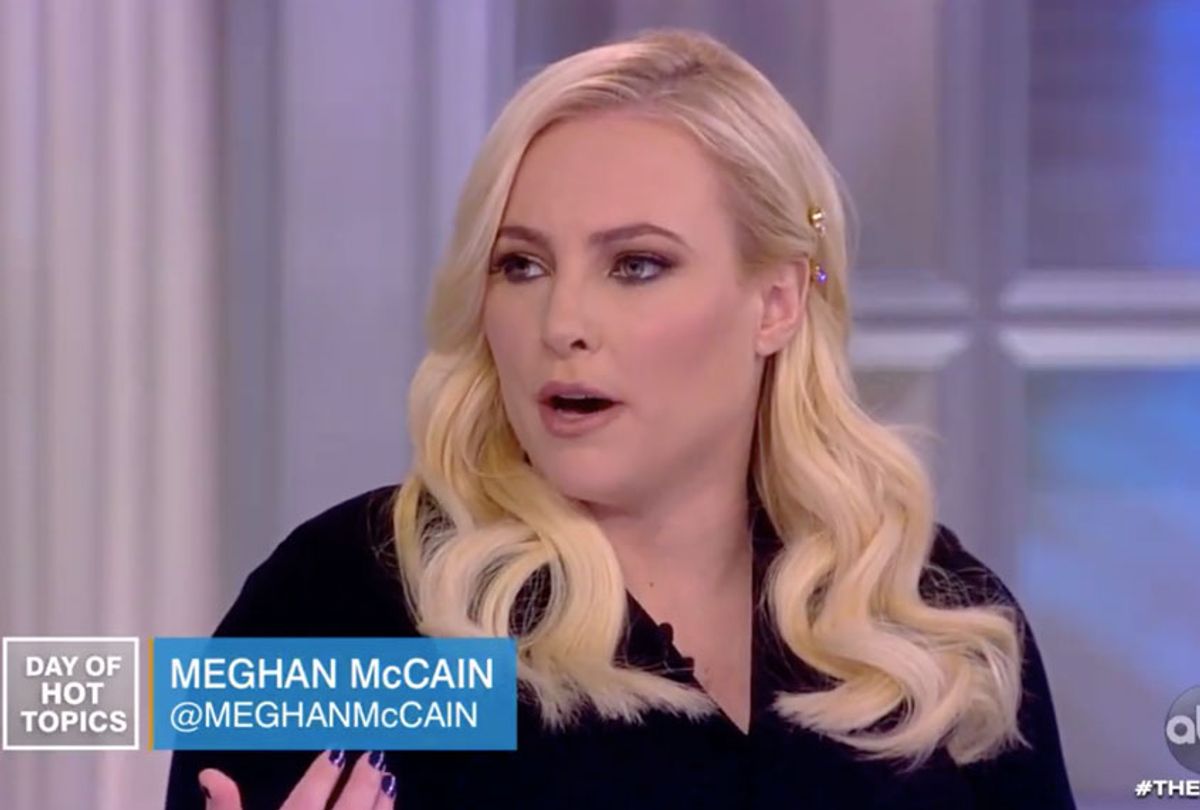 The View's Meghan Mccain blasted President Donald Trump for his mediocre attempt to calm the nation during the coronavirus outbreak.

During the Thursday show, the co-hosts addressed the speech that was supposed to calm a fearful nation, but ultimately ended up being riddled with mistakes and inaccurate information.

McCain said that it did little to calm her fears.

"He does not inspire confidence. I could hear him breathing. Could you?" said Behar. "Is there a microphone in his nostrils do you think? If he speaks of somebody who's not in great health, and he's been so exposed to a few people now who have had the coronavirus. He could come down with it."

"The problem is when I watched it live like we all did, is he's a politician that inspires anger really well," McCain said. "If you want to get riled up and angry, he's a politician who does it well. The 'I feel your pain and fear,' incapable of it. He could have been reading the phonebook last night. He should have been saying, 'I understand Americans are scared.' Have a Ronald Reagan-esque moment."

She said that people are scared and he has an inability to "emote" with people in a crisis.

"And people at this point I can say — there's a lot of healthy fear, and there's a Quinnipiac poll that came out that says 56 percent see Joe Biden as a leader in a crisis, and I think this crisis has really shown it doesn't matter at the end of the day how great the economy is, which by the way, 82 percent of his financial gains, since he has been president, have officially evaporate evaporated," McCain also said.

She went on to say: "There are people when it comes to rallies, and how big your hands are, that's different than leading through a lethal disease that can kill God knows how many more Americans. This could be the silver bullet that takes out this administration. I don't mean that literally. Everyone calm down."

In the second segment, co-host Whoopi Goldberg noted that the president made a call for unity. But it lasted less than 12 hours as he began his morning blasting House Speaker Nancy Pelosi (D-CA).

It infuriated McCain, who explained that it isn't the time for this kind of behavior from the president.

"That clip, could he sell it less?" she asked. "We're here as Americans. I can show you how to give a bomb-ass speech. I'm really good at it. We're here as Americans and we're here together because this is scary, and we will get past this. Hey, Trump! Try it! It's ridiculous. Emote! Everyone is scared!"