Samantha Bee has a message for Fox News: “The coronavirus is not an excuse to be racist" 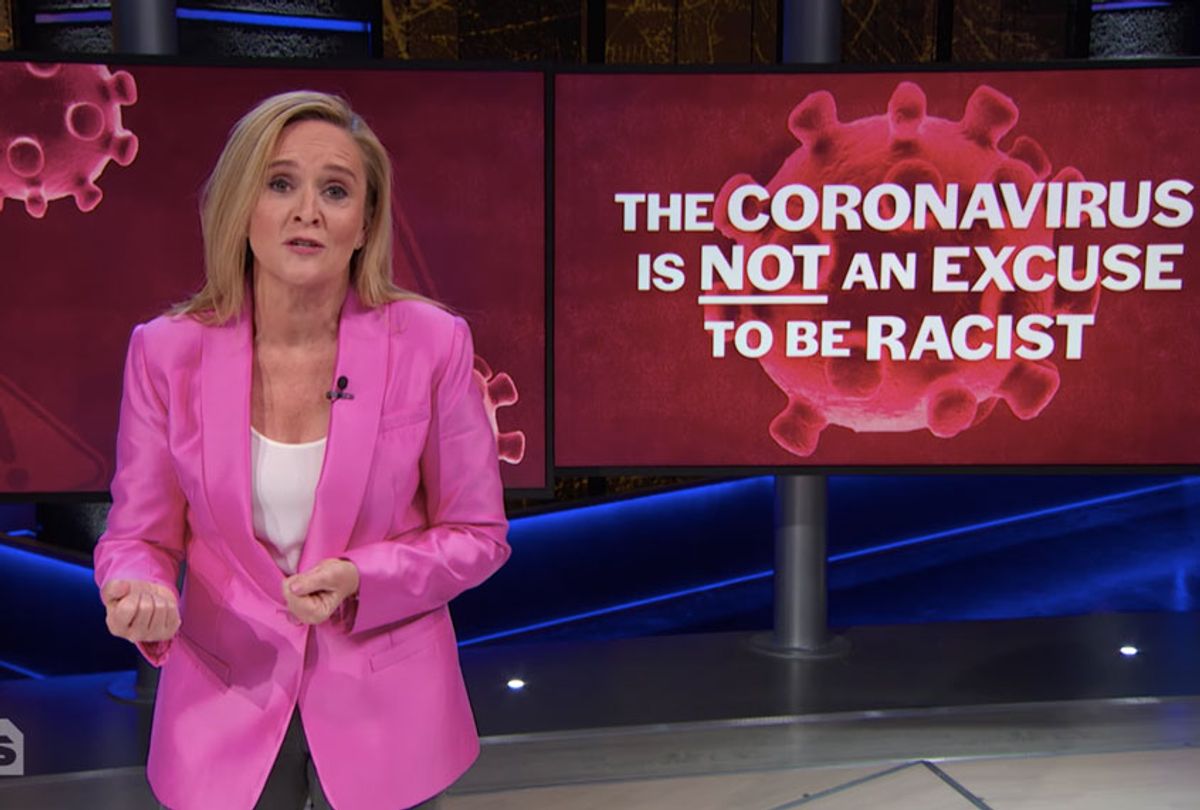 When comedian Samantha Bee hosted her program, "Full Frontal," on Wednesday, March 11, the liberal firebrand was without an audience (apart from a handful of staffers who work on the show). Bee opted to do without a live audience because of the threat of coronavirus, which the World Health Organization (WHO) has officially declared to be a global pandemic. The comedian had a lot to say about the threat, and she slammed Fox News unmercifully for its racist coverage of coronavirus.

While hundreds of people were dying from coronavirus in Italy and the worldwide death toll was soaring into thousands, Fox News' far-right pundits often downplayed its severity and claimed that President Donald Trump's critics were exaggerating the threat. Never Trump conservative Max Boot, earlier this week in his Washington Post column, lambasted the Fox News hosts who irresponsibly tried to convince viewers that coronavirus wasn't as bad as the media were making it out to be — and a few days later, the right-wing cable news outlet received an equally forceful tongue-lashing from Bee.

After attacking Trump for his "terrifying spread of misinformation," Bee turned her attention to Fox News' racism and showed a collage of Fox hosts claiming that "the Chinese" unleashed coronavirus on purpose. Brian Kilmeade, for example, insisted that China "started it" and "had yet to apologize."

Bee asserted, "China, we know it's not your bad, but could you please send Brian Kilmeade an edible arrangement so he'll shut the fuck up? Tying coronavirus to China and Chinese people isn't just a racist dog whistle, it's a whole racist orchestra. It's a mighty, mighty racist bosstone."

Bee added, "The coronavirus is not an excuse to be racist. I know, I know: racism is like America's weighted blanket. When everything is stressful, nothing makes us feel more secure than treating other people like trash."

The comedian noted that "across the country, Asian-Americans have been the victims of racist attacks . . . And conservative media is using Asian people as scapegoats."