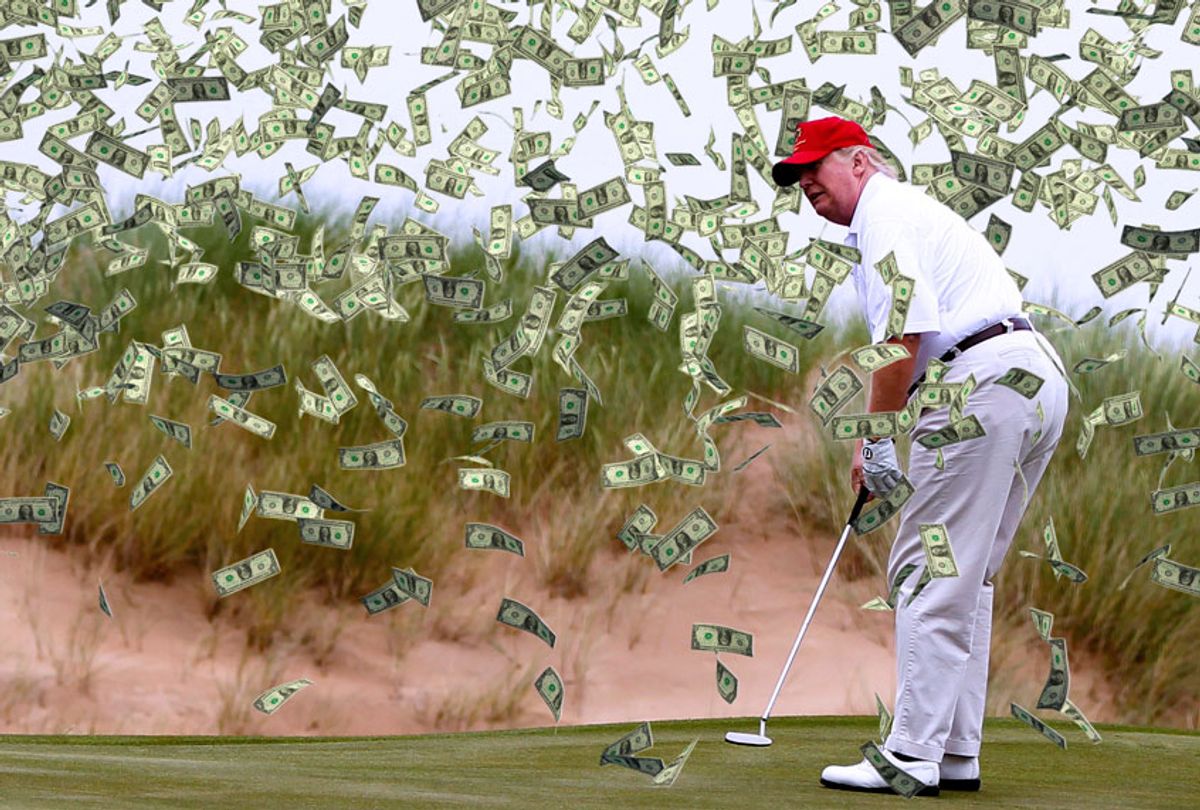 The Trump administration agreed to support an Obama-era environmental regulation despite rolling back countless others after a trade group that lobbied for the policy spent more than $700,000 at the president's Miami resort.

Trump has spent much of his first three years in office taking aim at environmental policies imposed under former President Obama. Most notably, the Trump administration pulled out of the Paris climate accord, but The New York Times has counted 95 environmental rules targeted by Trump, including many intended to roll back greenhouse gas emissions. But the administration found one Obama-era policy it supported after heavy lobbying from the Air Conditioning, Heating and Refrigeration Institute (AHRI), a trade group that represents heating and cooling product manufacturers.

In 2016, the Obama administration signed on to the Kigali amendment in the Montreal Protocol, a 30-year-old treaty aimed at fixing the hole in the Earth's ozone layer. The Kigali amendment required a phasing down of hydrofluorocarbons (HFCs), greenhouse gases that are used in cooling equipment.

Despite opposing dozens of other Obama-era regulations, the State Department announced in 2017 that the Trump administration backed the amendment in the most "explicit and public" way yet, Axios reported at the time.

"The United States believes the Kigali Amendment represents a pragmatic and balanced approach to phasing down the production and consumption of HFCs, and therefore we support the goals and approach of the Amendment," State Department official Judith Garber said at a conference in Montreal.

The AHRI praised the administration for backing the amendment a day later.

But the announcement came after AHRI revealed that it lobbied the "President of the U.S." on environmental policies, including, "supporting the U.S. ratification of the Kigali Amendment to the Montreal Protocol," in a lobbying disclosure first flagged by the watchdog group Citizens for Responsibility and Ethics in Washington (CREW). The AHRI has argued that the policy would boost manufacturing jobs and exports.

The group increased its lobbying spending after Trump took office, spending more than $840,000 in 2017 and more than $1 million in both 2018 and 2019, according to data from the Center for Responsive Politics.

Along with the increased spending to lobby the president, the group also spent more than $700,000 at the Trump National Doral resort for its annual meeting in 2017, according to a tax return first flagged by CREW.

The payment was made less than two weeks before the Trump administration announced its support for the policy.

The policy ultimately stalled, because the administration has thus far failed to submit the amendment to the Senate for ratification. But the AHRI is already planning another big event at Trump's resort, advertising a "Leadership Forum" scheduled for 2021.

The filings provide a "rare look at what special interests pay — and how much the president rakes in — when they hold events at Trump properties," wrote CREW's Walker Davis. "While there are many reasons the Trump administration may have announced its support for the policy, for a group to pay the president hundreds of thousands of dollars through his private business while lobbying him presents an appearance issue. President Trump is the only modern president not to divest from his business interests while in office and continues to own and profit from the Trump Organization while serving as president."

The AHRI event was one of 120 events held by special interest groups at Trump's properties, according to tracking by CREW. The groups and political campaigns and committees have spent millions at Trump's properties since he took office despite spending next to nothing at Trump's properties in the years preceding 2016. The Trump re-election campaign has also paid millions to the president's own properties. Trump even proposed holding the next G7 summit at the Doral resort before caving in the face of bipartisan pressure and international criticism.

"Trump's failure to divest from his businesses and his actions as president have resulted in more than 2,300 conflicts of interest between his administration and his personal financial interests," CREW executive director Noah Bookbinder said in a USA Today op-ed. "Those conflicts are not merely a breach of Trump's campaign promise to 'drain the swamp' — they also constitute abuses of the powers of his high office that should be the subject of an impeachment inquiry."