Trump promised voters a manufacturing boom in Pennsylvania — where is it?

Pennsylvanians who work in manufacturing are hurting all over the state. 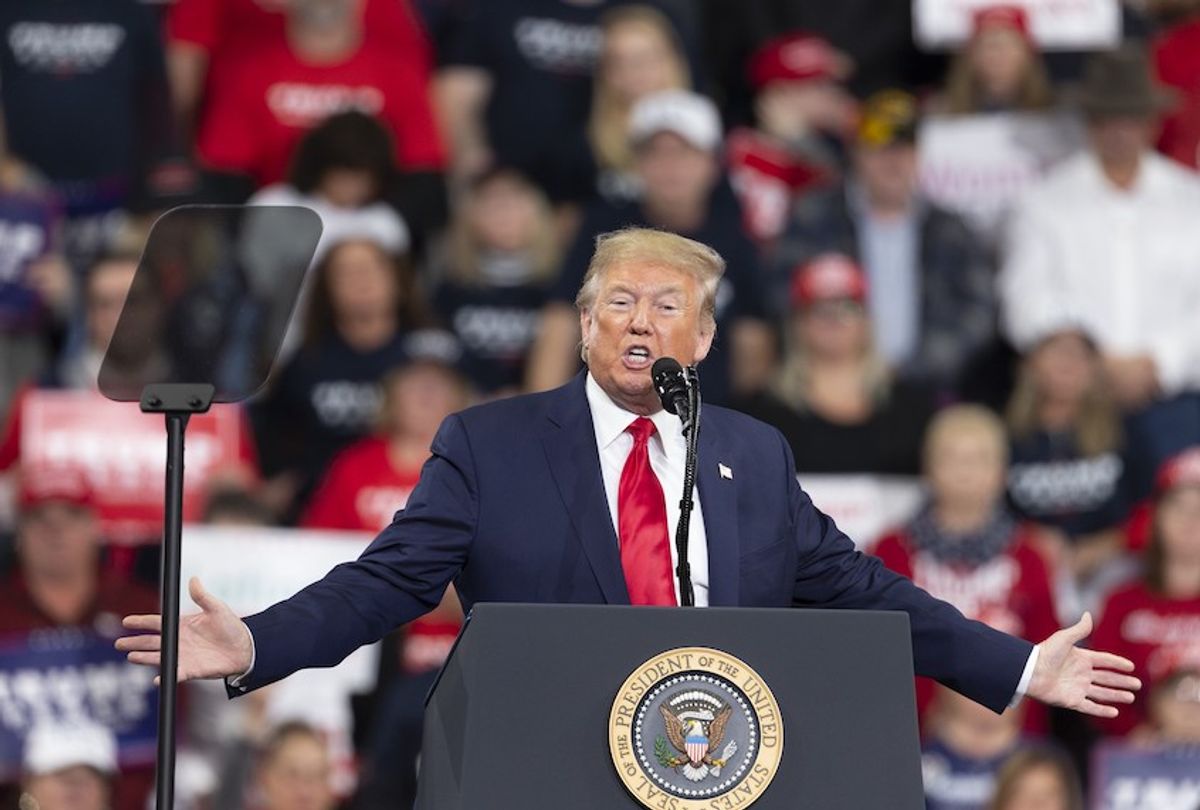 Pennsylvania — the state that Democratic strategist James Carville famously characterized as "Philadelphia in the east, Pittsburgh in the west and Alabama in the middle" — will be a key battleground state in the 2020 presidential election. And President Donald Trump has been bragging about his economic record at MAGA rallies in the Keystone State. But journalist Jonathan Tamari, in a report for the Philadelphia Inquirer, stresses that the Pennsylvania manufacturing boom Trump promised voters in 2016 has yet to materialize.

Tamari cities Erie County (which is in Northwestern Pennsylvania) as a place that, in 2020, has "fewer" manufacturing jobs than "when Trump took office" and the "smallest number since 2010" — when the Great Recession was battering the American Rust Belt.

Bryan Pietrzak, an Erie-based machinist who works for the company Wabtec, told the Philadelphia Inquirer that his employer has reduced his schedule to every other week. And he is supporting Sen. Bernie Sanders for president, not Trump.

"When you hear that Trump is bragging about the economy, I know better," Pietrzak asserted. "It's not trickling down to the workers at all; it's staying in the boardrooms…. I was willing to give Trump a chance. I didn't vote for him, but he's failed in every aspect."

Tamari quickly adds that the type of problems Pietrzak is facing aren't limited to Erie; Pennsylvanians who work in manufacturing are hurting all over the state.

"Statewide," Tamari reports, "the trend line during Trump's tenure looks almost identical to what came before: cycles of relatively small rises and falls. After an early surge under Trump, Pennsylvania lost 7400 manufacturing jobs from late 2018 through the end of 2019."

Tamari notes that manufacturing in Pennsylvania fared better under President Barack Obama than it has under Trump.

"The state has averaged 565,600 manufacturing jobs each month in Trump's first three years in office, according to data from the federal Bureau of Labor Statistics," Tamari observes. "In President Barack Obama's last three years: 566,100."

Trump's narrow victory over Democratic presidential nominee Hillary Clinton in Pennsylvania in 2016 came as a shocker, as the Keystone Stone hadn't gone Republican in a presidential election since President George H.W. Bush's victory over former Massachusetts Gov. Michael Dukakis in 1988. Trump's promise to reinvigorate manufacturing in Pennsylvania clearly played a role in that victory, but it remains to be seen whether or not he can accomplish that again in 2020. And turnout will certainly play a role in whether or not Trump can carry Pennsylvania again.

Democrats enjoyed some major victories in the 2018 midterms: Gov. Tom Wolf and Sen. Bob Casey, Jr. were both reelected by double digits. A heavy turnout in Democrat-dominated Philadelphia and its suburbs obviously helped: Philly Proper is so Democratic that it hasn't has a Republican mayor since the early 1950s. And the Philly suburbs of Montgomery County, Bucks County and Delaware County, which had a lot of moderate Rockefeller Republicans in the past, have been trending Democrat.

Carville's description of Pennsylvania's political landscape was both amusing and accurate. While Philly and Pittsburgh have a long history of voting Democratic, Central Pennsylvania (the "Alabama in the middle" part) is much more GOP-friendly — and Trump performed well in 2016 in what Pennsylvanians jokingly refer to as "Pennsyltucky."