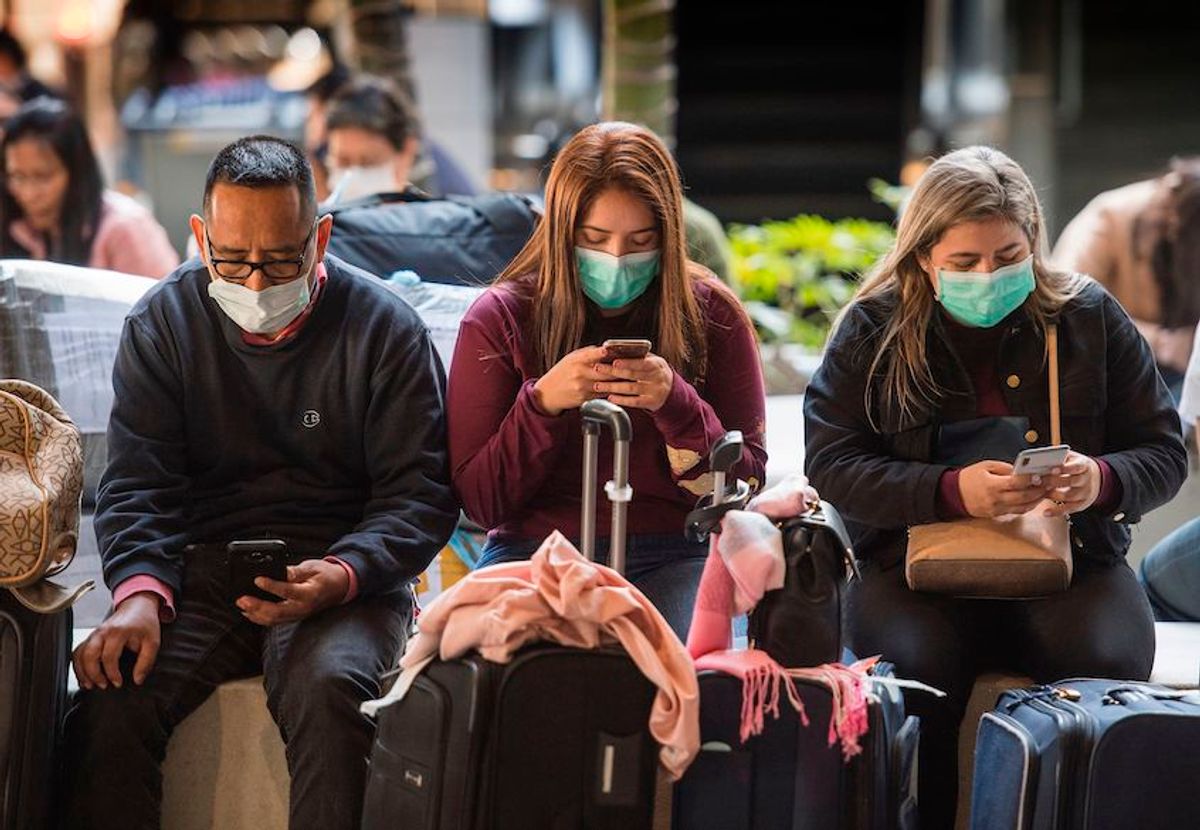 Passengers wear face masks to protect against the spread of the Coronavirus as they arrive on a flight from Asia at Los Angeles International Airport, California, on January 29, 2020. (Mark Ralston/AFP via Getty Images)
--

International arrivals at US airports were thrown into chaos Saturday night as the Trump administration's poorly arranged coronavirus screenings began for travelers returning from Europe.

Angry tweets pointed the blame at Trump officials for causing the massive lines pushing tens of thousands of people close together for hours - the exact opposite of the recommended social distancing for stopping the spread of coronavirus.

Paige Hardy, an American student who left behind her graduate studies in London because she feared a broader travel ban, said a series of confusing announcements in the air and upon landing in Dallas led to alarm on the plane late Saturday. She posted a video on Twitter of travelers being asked to raise their hands if they had been in mainland Europe. Because of the delay, she also missed her connecting flight.

"It truly felt like an apocalyptic scenario," said Hardy, who left many of her belongings in England and was unsure if she would be able to return.

#BREAKING: Passengers stuck in long lines for immigration at @DFWAirport tell us there are no offers of hand sanitizer, gloves, or masks from U.S. Customs / Immigration. Travelers say they've had no screenings of temp yet and no one following #coronavirus protocols. pic.twitter.com/9viCnWdncz

This is unacceptable. The reactionary, poorly planned travel ban has left thousands of travelers at ORD forced into even greater health risk. @realdonaldtrump and @CBP: no one has time for your incompetence. Fully staff our airport right now, and stop putting Americans in danger. https://t.co/gswIaHwelx

To the frustrated people trying to get home, I have spoken with the mayor and our Senators and we are working together to get the federal government to act to solve this.

We will do everything within our power to get relief.