Meghan McCain scolds White House for mishandling coronavirus response: I "call out BS" when I see it

"I don’t believe they are handling it the way they should be," the conservative said of the Trump administration 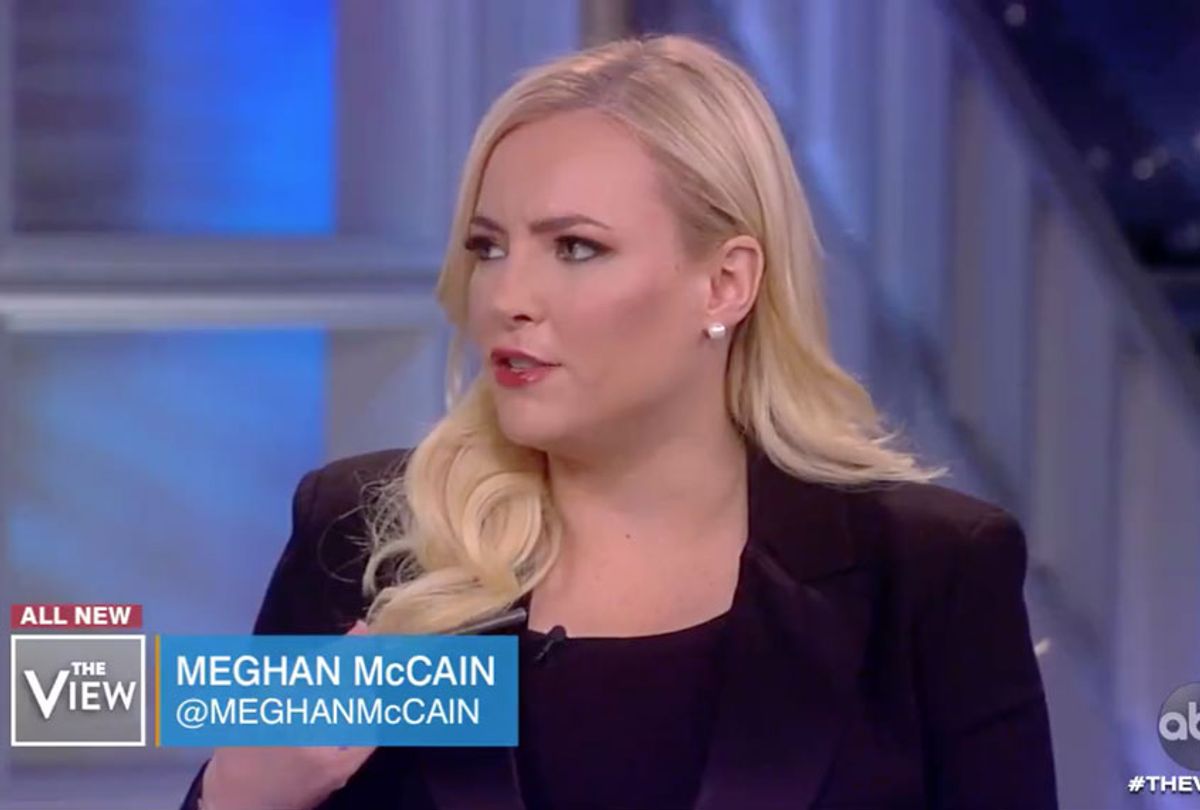 "The View's" Meghan McCain went off on President Donald Trump for being reckless in the way that he's dealing with the coronavirus/COVID-19 outbreak.

Sitting several feet apart and with guest hosts, "The View" addressed the Sunday press conference Trump held telling people to "relax" and saying that he's got everything under control.

"I think this has been a total referendum on our trust of our institutions in this country," McCain said. "There's clearly a sheer distrust of the government at a level I don't think even I realized and I'm a conservative and I have a fear of big government as it is. The mixed messaging coming out of the White House now is not only irresponsible but it's downright dangerous. We have Rep. Devin Nunes (R-CA) going on television saying, 'Oh, it's OK. Go socialize. It's OK. Hug people. It's fine.' When you have the president of the United States that can't even handle not shaking hands during a press conference — lead by example! I'm not seeing a lot of profiles in courage in the White House right now and I think that's what's stoking anxiety."

In the second segment of the show, McCain took things further saying that she doesn't like the idea of politicizing things, but said that there's a responsibility to identify when the parties are lying.

"It's our job as citizens to call out BS when we see it," she said. "When you have people from the administration going on TV and saying they don't know if we're going to have enough ventilators. We don't know if our hospitals can handle it. It's more than fair to have righteous indignation as American citizens that I don't believe they are handling it the way they should be."